Kenya: How Poor Management, Graft Pushed NHIF to Its Deathbed 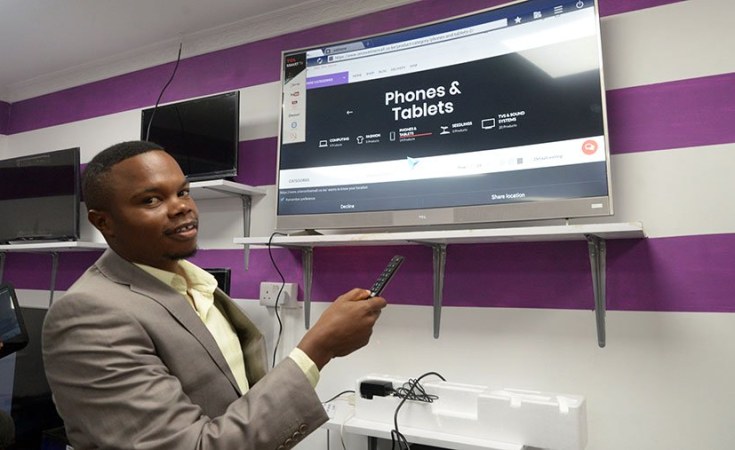 On Thursday, May 3, 2012, the NHIF chairman, Prof Richard Muga, sat in front of several microphones in a boardroom at the national insurer's headquarters.

He had just said the board should suspend the CEO, Mr Richard Kerich, who had served as CEO of the National Hospital Insurance Fund since 2006.

But half the board walked out, and his vice chairman, Kenya National Union of Teacher's Secretary-General Wilson Sossion, would grab the microphones from him a few minutes later.

"I have called you here this afternoon to announce the suspension of the CEO and five other officials, in view of the latest development and the complaints we have received on the payments to non-inspected clinics and other issues," Prof Muga said.

After his next sentence, Mr Sossion grabbed the mic from him and said : "He has no authority to make such a decision without proper consultations with the members. Therefore, what he has told you is his position which is not binding on us."

Events during a Parliamentary committee looking into the parastatal Mr Kerich led had brought the insurance fund's boardroom dramas to what they were now. On the table for a parliamentary autopsy was a civil servant's health scheme, where NHIF's top managers had paid a private company running clinics the insurer had not seen or inspected.

Mr Kerich would, in the next four years, face charges of conspiracy and abuse of office. He was acquitted in the early days of October 2017, but the events surrounding his dismissal exemplify the structural problems within what is probably the country's most important social safety net.

What was playing out before journalists was a broken board, but NHIF's true problems were, and have always been, endemic.

In one image from the press conference, Prof Muga stands behind his empty seat, his right hand spread towards Mr Sossion, who is sitting with his hands spread, and his eyes closed. It was a dysfunctional board by any count, but what followed that press conference was more important.

Within minutes of the press conference, the Minister in charge of Medical Services, Prof Anyang' Nyong'o, reinstated Mr Kerich and suspended Prof Muga instead.

Two days later, on Saturday, acting Head of Public Service Francis Kimemia suspended the entire board, including Prof Muga and Mr Kerich. The next day, Prof Nyong'o reinstated the board, and accused Mr Kimemia of trying to micromanage the health sector.

In this game of musical chairs, the dance continued on Monday, when Prime Minister Raila Odinga suspended the board and in its stead, appointed a caretaker committee. By then, the scandal that had begun this brutal game was slowly forgotten, except in the corridors of justice, where Mr Kerich and several managers would face charges for most of the next four years.

At the executive level, for both Prof Nyong'o and Francis Kimemia, who are now county governors, this duel was rooted in the law that made NHIF what it is today.

Contributions were statutory until 1972, when NHIF started taking in voluntary contributions. The idea behind it remains the same as it is today, for a public body to provide health insurance to as many as Kenyans as possible.

Allowing them to seek healthcare without worrying about it, or not just worrying about it. "Funds per person for health provision remained stable and the number of hospital beds nearly doubled between 1970 and 1978," Charles Hornsby writes in Kenya: A History Since Independence.

"Statistics for doctors per 1,000 people were good, though 90 per cent of these doctors practised in the urban areas," he adds.

But the future, to the NHIF, in the first three decades was spent navigating not just the political changes and interests, but also its own mortality especially in the 1980s and 1990s.

From 1965, as part of the first President's 'poverty, disease, and ignorance' tripartite of goals, health fees were removed so that anyone who needed healthcare could afford it by the basic right of being Kenyan. But this was not sustainable without a commensurate growth in the taxpayer base -- the population was just 9.6 million, with a minute taxpaying population picking the tab, with the help of donors.

The National Hospital Insurance Fund, founded in 1966, was meant to help bridge this gap. Like many of Kenya's parastatals and government institutions started around the same time, it was also led by a white man, R. W. Midcalf. Mr Midcalf served as CEO for three years, followed by eight men who served an average of four years each until the end of the millennium. But only Mr Midcalf's successor, D.E. O Asiko, served anything longer than six years.

The CEO list at NHIF headquarters now has 14 men, only one of whom had a medical background, ending with Mr Geoffrey Mwangi's tenure which started in 2016 and ended in 2018. Mr Mwangi, a former altar boy from Nakuru, ended up like Mr Kerich -- being dismissed and prosecuted. Since then, the critical public safety net has been without a CEO, as the board looks for a replacement.

When Mr Mwangi first moved from Nakuru to Githurai, in 1998, NHIF was also transforming from a department within the Ministry of Health into a parastatal, a quasi-public body structure that has the skin of the private sector, but is in all important aspects run by the government. The post-1998 structure unravelled because of the same safeguards it was built on -- the board chair is appointed by the President, the CEO by the Minister for Health.

That structure explains the tug-of-war between Prof Nyong'o and Mr Kimemia in May 2012, as each tried to use their constitutional powers to determine who sat at the high table of the national insurer. Their differences were primarily political, Prof Nyong'o was an ODM minister while Mr Kimemia was President Kibaki's cat's paw.

The board itself is structured, with representatives from the teachers', workers, and farmers' unions, the employer's federation, medics, Christian health providers, the association of insurers, and the government.

At the social level, these duels not only translated to a house in disorder but a lack of empathy by the political class to and for the thousands of civil servants who were suffering amid the boardroom fights. For them, and other NHIF contributors, the scandals of the last two decades have been hard to keep up with, and increasingly seem and sound the same.

It is hard now, to remember which one of NHIF's many scandals was the most memorable. Whether it was the ambulance scandal of the early 2000s, or the loss of money in bank collapses, or the billions lost in the 2000s and 2010s in different schemes.

Or the story of Frederick Sagwe Onyancha, who frequently flew in a chopper from one of his eight town houses in Athi River to Wilson, to beat traffic. The details have become increasingly hazy, as the billions involved have increased, and the ways money meant to insure the health of millions of Kenyans has found other wallets.

While NHIF is still a critical social safety net, it has not evolved to meet the needs of Kenya's ageing boomer and independence population, or its younger populations. The main issue for the first three decades, for Kenyans outside the boardrooms at least, was whether they would need to pay to access healthcare.

'User' fees disappeared in 1965, reappeared after the first structural adjustment programmes of the early '80s, disappeared again in 1990, and reappeared a year later. The history in the 30 years since has pretty much been the same: with each government tweaking the health coverage model in its own image.

For example, the first Kibaki government, riding on a wave of social safety net programmes, abolished fees for the bottom of the socioeconomic pyramid, argued about a new programme -- which passed in Parliament but President Kibaki did not assent to -- and allowed, again, voluntary contributions.

None of these solved the basic problems, which were primarily about who would pay for healthcare services and drugs needed by millions of Kenyans who could not afford to pay out of pocket.

The second Kibaki government's lasting manifesto, the Vision 2030, envisioned a future where we would now be affordably getting healthcare services from private providers primarily, but with enough government protection.

It was the basis for the widespread privatisation of the health sector in the last decade, where the Ministry of Health has progressively pulled back from providing services as the private sector has become home to private equity-owned healthcare facilities among other private interests.

NHIF's many weaknesses, and there are many more, stem from these structural weaknesses. It is a highly political parastatal, with many interests, policies, and plans pulling from different ends, that no one knows what is more important than the other.

The national insurer now pays, according to an actuarial review seen by the Nation, more than a quarter of its bills to ten hospitals, only two of which are public, and one a mission hospital.

While Kenyatta National Hospital leads the list, the government has been reducing its footprint among the country's big hospitals and leaving the services to the private sector.

The story of Nairobi Women's Hospital, which involved unnecessary admissions, tests, and other measures to increase revenue from insurers -- who collectively account for more than 70 per cent particular hospital chain's revenues -- is a case in point of where Kenya's line of ghost clinics, system and social safety net programmes are at the moment.

The duels in early May 2012 were part of multiple warnings that without a proper structure, rooted in our common desire to be treated properly, at home, and without having to sell assets for a common cold, the private sector would go ahead and game the health insurance system.

Unlike other sectors of society, it didn't matter who did it, because any such story would mean a Kenyan in need of healthcare had been taken advantage of. 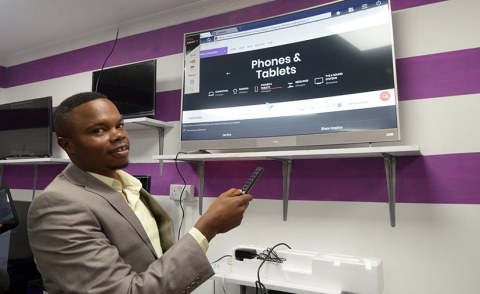 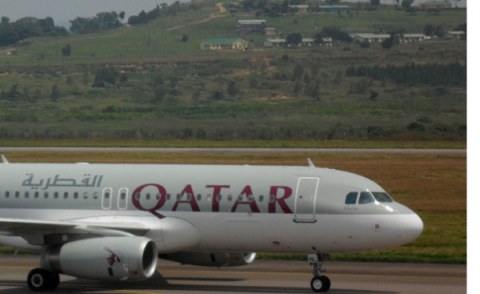 Kenyans Lured For Work In Qatar Call on Govt For Rescue 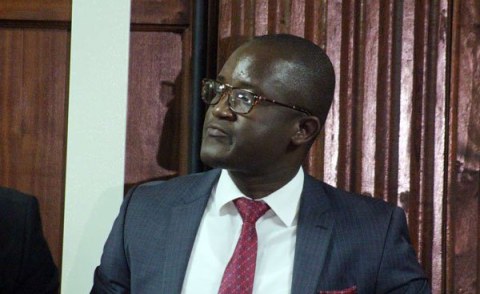 Kenyan Businessman Caught Up in Fake Gold Scam Released on Bail
Tagged:
Copyright © 2020 The Nation. All rights reserved. Distributed by AllAfrica Global Media (allAfrica.com). To contact the copyright holder directly for corrections — or for permission to republish or make other authorized use of this material, click here.