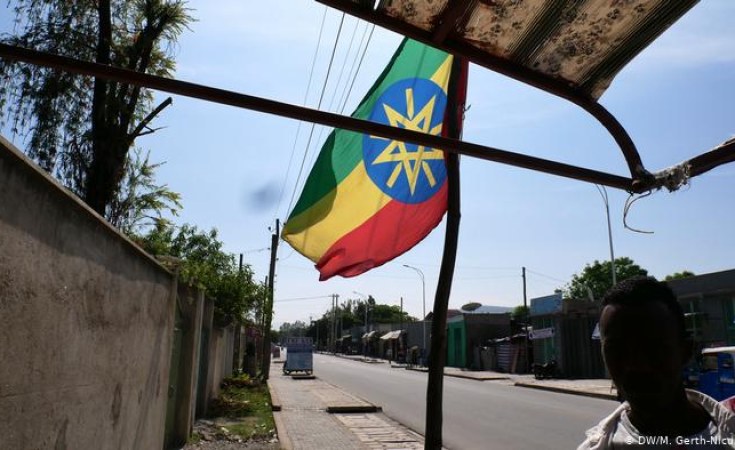 Addis Ababa — As Ethiopia gears up to a much anticipated national elections slated for later this year, the horn of Africa's nation grapples to crack multiple challenges standing along the way.

Simmering ethnic tensions, rising violence in many parts of the country as well as the electoral board lack of preparation are some of the determinant factors creating serious concerns ahead of the forthcoming elections in 2020.

In recent months, there are growing ethnic-based clashes in a number of regions. Some universities have also become epicentres of inter-group conflicts leading to killing of many students.

Recently, there was a shocking incident when dozens of female university students were kidnapped in the country's South west by officially undisclosed group.

The fate of some of the kidnapped students still unknown, as a result the government led by Nobel Peace Prize winner, Abiy Ahmed remains under fire for doing little to rescue them but also for failure to contain violence in large parts of the country.

Furthermore, Shane, a breakaway of the armed Oromo Liberation Front (OLF) has reportedly waged war against the government leading to fierce fighting with government forces in the Oromia region.

As these potential setbacks remain far from resolved, uncertainties are swelling on whether the country is ready to conduct the upcoming General elections.

"Given the simmering turmoil, I doubt on whether Ethiopia can hold the election as planned and in a credible and democratic way" Metta-Alem Sinishaw, a political specialist on Ethiopia and horn of Africa told The East African.

"The ongoing instability and lack of security undercuts the magnitude of participation in certain areas and potential cancellation particularly in Oromo region," he added.

Since Prime Minister Abiy Ahmed assumed office in 2018, Ethiopia has seen major developments including a series of political and economic reforms.

However, his reforms have also attracted conflict of interests among different groups triggering ethnic rivalries that have spilled into violence across many parts of the country.

Although ethnic-induced conflicts are not new to Ethiopia however those seen after Abiy came to power are very alarming.

There are already unresolved inter and intra - ethnic conflicts that could exacerbate the already difficult environment for holding a fair and free election in Africa's second most populace nation.

Since the Ethiopian People's Revolutionary Democratic Front (EPRDF) took power in 1991, the country used to hold regular parliamentary elections in May.

However, the election had to be postponed this time over what the National Electoral Board of Ethiopia (NEBE) said was "neither authorities nor parties would be ready" for the election.

Last month, NEBE had announced that it has cancelled the self-proposed initial tentative election date, August 16, and announced a new timetable for August 29.

Last year, security concerns have forced the Ethiopian government to postpone national census, a move seen then as an early sign that the upcoming election will similarly encounter the same fate.

Only few months away from the election, failure to create the much needed environment to conduct peaceful election will adversely affect the upcoming national election and further might lead to post-election violence.

During the past two years, continued ethnic clashes and extended violence in most of the regions in Ethiopia have displaced over 2.5 million people making it a country with the largest number of IDPs globally in June 2018.

Argawi Berhe (PHD) is leader of the opposition Tigray Democratic Party (TDP). He says there are a couple of issues that require closure, if one is assuming a "free and fair election" in Ethiopia.

"In the first place, the ethnicisation of politics which began 29 years ago by the TPLF/EPRDF is still ongoing in a quasi-informal way"

He added "This entails regional identity and boundary formation which, in many cases, lead to the provocation of unfounded conflicts with their neighbouring counterparts"

The lack of opportunity for opposition parties to bring their policies and programs to the public is also expressed as a major concern that the election may not be peaceful and free and democratic.

"it is very difficult to consider a free and fair election, where contending parties couldn't freely move around to mobilize their people and organize their supporters, and people could peacefully cast their vote" Berhe stresses.

As well as to implementing an automated system, the Ethiopian government has pledged to conduct a fair, free and democratic election.

The Electoral board's lack of institutional capability to properly administer the election as well as the neutrality of the Board is being questioned.

"Lack of institutional capability will only provide the dysfunctional opposition with political ammunition to disqualify the process further and question the possible outcomes" says Metta-Alem.

"Oromo ethno nationalist have already started rejecting the process and are not expected to accept the outcome no matter how genuinely PP emerges as a winner!" He added.

The electoral board is under a huge amount of pressure and is faced with major logistical challenges to meet the election schedule.

"These administrative difficulties make it hard to adequately respond to opposition complaints about, for example, ruling Prosperous Party

Davison speaks on his concerns of holding or postponing the election.

"Conducting the election to schedule risks a contested process and/or results because of ongoing political and security problems combined with the country's relative lack of preparedness for a competitive poll" said Davison.

"Postponing the vote carries the risk that significant political actors, such as Tigray's ruling party, accuse the government of acting unconstitutionally."

Previous Story
Coronavirus and Upcoming Elections - What Are the Options?
Next Story
Is Ethiopia Ready to Hold August 2020 Election?

Coronavirus and Upcoming Elections - What Are the Options?

How Ethiopia's Abiy Could Deal with Tensions in the Oromia Region
Tagged:
Copyright © 2020 The East African. All rights reserved. Distributed by AllAfrica Global Media (allAfrica.com). To contact the copyright holder directly for corrections — or for permission to republish or make other authorized use of this material, click here.

Are We Africans Our Own Worst Enemy?
Mining