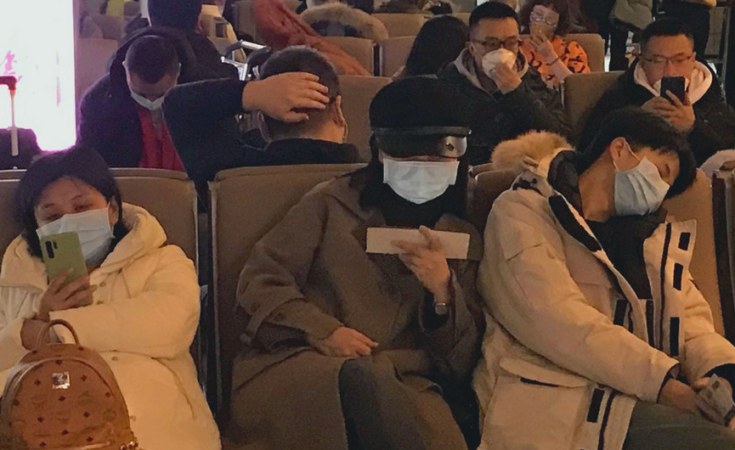 Dar es Salaam — The outbreak of cCoronavirus infection ihas already adversely impacting the affected hospitality and tourism sectors of the economy as most of the would-be visitors have been forced to cancel already-plannedtheir scheduled toursvisit ofto the country.

This is basically due to fear of contracting the deadly virus on their way, compounded by foreign or travel bans imposed by some worldtheir countries.

Meanwhile, Yesterday, the Revolution Government of Zanzibar banned visitors from Italy from entering the Isles for fear of the coronavirus malady.

The directive was issued by the Health minister, Mr Hamad Rashid. Several coronavirus cases have been reported in Italy.

TIndeed, tThe government hashave confirmed that quite a number of tourists, who were expected to arrive in the country during in the foresseablenear future - and especially with summer virtually just round the corner - and in the summer, have cancelled their plans on the back of the c due to Coronavirus threat.

Speaking on the matter, the Deputy Minister at the Ministry of Tourism and Natural Resources, Mr Costantine Kanyasu, freely admitted that the coronavirus outbreak iof Coronavirus has bound to play merry hell withhit hard the tourism business, currently one of Tanzania's leading foreign currenct earnersector.

Mr Kanyasu, who dicouldn't disclose anyreveal the figures, nonetheless said due to the fact that China has banned its nationals from travelling abroad as a measure to limit the spread of the disease, is a blow to Tanzania's tourism businessthe sector in the country.

The pPermanent secretary at the Tourism ministry, of Tourism and Natural Resources Professor Adolf Mkenda, said if the coronavirus disaster iswouldn't be contained soon, it will seriously impact 'kill' tourism not only in Tanzania but also across much of the wWorld.

Prof Mkenda said Tanzania was set to participate in a tourism fair which was slaseted to be heold in Beijing later this year. B but the organisers cancelled the event on accountit of due tohe outbreak of coronavirus.

Speaking in the Parliament in April 2019, Prime Minister Mr Kassim Majaliwa revealed that revenues from Tanzania's tourism sector increased by 7.13 percent% in 2018 compared to 2017. This was largely thanks to considerable the increase in arrivals from foreign visitors, the government disclosed. Tourism and hospitality rRevenues reached $USD 2.43 billion in 2018 -, up from $USD 2.19 billion in 2017 -, while the number of tourist arrivals totaled 1.49 million in 2018, compared with 1.33 million, in the previous year.

Some h Tanzania's Prime Minister Kassim Majaliwa said in a presentation to parliament.

However, hotel operators also claimed that the hospitality industry is bound tohave also suffered due to the outbreak of coronavirus, which has already spread to somehit about 51 countries across the world - with , China being the most aadversely affected so farone.

Yesterday, the Revolution Government of Zanzibar has banned visitortourists from IIataly from entering the Isles for fear of due to the cbreakdown of Coronavirus malady.

The directive was issued by the Hhealth minister, Mr Hamad Rashid. Several coronavirus cases have been reported in Italy.

Ms Nuralisa Karamagi of tThe anzania Hotels Association of Tanzania (HAT) Ms Nuralisa Karamagi said the coronavirus outbreak which started in Wuhan, China, is already adversely impacting the travel and hospitality industry not only in Tanzania, but across the world.just like in many parts of the World the break of Coronavirus has heavily affected the hospitality and travel industry.

For example, she said, that the total number of the would-be tourists, who had made provisional bookings to tour Tanzania induring the summer this year hasve declined significantly compared to laprevioust year.

Ms Karamagi revealed that some of hotels had s reported that a number of tourists , who had made provisional bookings in various hotels in the country ahead of summer, which is tourism high season in countrya has dropped by between 40 percent and 70 percent compare to last year. This is undoubtedly on account of the corinavirus outbreak which was first reported in China towards the end of December 2019,

"The number of tourists, who had made provision bookings in the same period last year, the hotels have reported the number have dropped by between 40 percent and 70 percent due to Coronavirus threat," said Ms Karamagi said.

To counter the adverse impact, Ms Karamagi said some hotels have been negotiating with prospective tourists those, who had already made travel-cum-hotel the bookings in Tanzania tto push back their travelling schedules until the outbreak is effectively contained. She also advised the government and other stakeholders in the sector to do the same.

A fFormer national chairman of the Tanzania Bbusiness Ccommunity, Mr Johnson Minja, said the outbreakdisease has also negatively affected trade in the Kariakoo and other major markets in different metropolises.

According to Mr Minja, him importers have now shifted away from China and to India, Taiwan and Vietnam. However, he noted Mr Minja said that the volumes off cargo importsed from those three countriesy areis small and more expensive compare with similarto that importsed from China.

"TCurrently there is already a scarcity of commodities at the Kariakoo Central Market in Dar es Salaam becausdue to the fact we currently aren't importing much from China due to the coronavirus outbreak," he said, adding that this is something is worrisome as consumerthat the prices will soaur if the disease iswouldn't effectively be contained soonest," said Mr Minja.

Due to existing good travel links with China, Tanzania faces a risk of transmission of the coronavirus (code-named 'COVID-19'), whose epicentre is the Chinese city, Wuhan. The disease has already sprea so far affected to 51 countries around the world, and killinged more than 3,500 people, while more than 100,000 people have contracted the disease, says WHO.