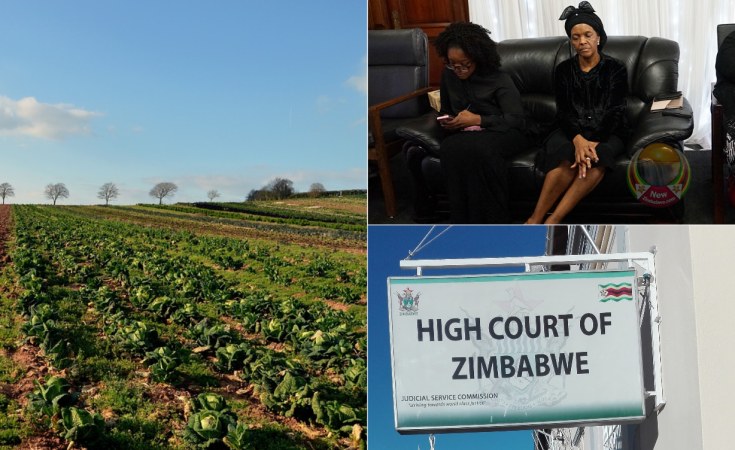 AN initial report of the second phase of the national agricultural land audit, expected to rationalise farm ownership and sizes countrywide, is now complete and will soon be made public, a Cabinet minister said.

In July last year, the Government started rolling out the second phase of the national agricultural land audit.

The other objectives were to assess land use planning with respect to farm sizes, ecological and farming enterprises or activities, and to assess the extent of tenure security and land rights of beneficiaries.

The exercise seeks to identify challenges and constraints to successfully address the agrarian reform agenda while it also helps Government to assess how farmers can be assisted to improve productivity, ensure food security and economic development.

In an interview on the sidelines of the 6th Cabinet meeting update on Tuesday, Lands, Agriculture, Water and Rural Resettlement Minister Perrance Shiri confirmed the developments and said the report will first be presented to Cabinet before being made public.

"The land audit report is on my desk as we speak. However, it covers a number of districts across all the provinces. Once I have gone through the report and I am satisfied, I will then submit it to Cabinet and thereafter it shall be made public.

"Let me make it known that there is still a lot of work to be done. We have got a lot of farms both smallholder as well as medium and large-scale farms which are still to be audited. So what we have is a report at the moment that only covers a certain percentage of the farms," he said.

Minister Shiri added: "And mind you the Land Commission is charged with all the agricultural land so when it carries out the audit, it is not only focusing on land which came about as a result of land reform. Even all the resettlement areas and Matenganyika are also included in the audit, so there is a lot of work to be done. But as I alluded, the initial report covering a certain percentage is now out."

By August last year, Zimbabwe Land Commission chairperson Commissioner Tendai Bare was quoted as saying that 57 000 farms had been covered in two phases of the national audit and the commission was to complete the exercise by year end when, resources permitting, it would enter the third and probably last phase, soon.

ZLC started the second phase sometime in July up to August 23 last year and it took them around three weeks to cover all the farms to be covered in that phase.

The audit also sought to inform Government's existing and future agricultural policies and inspire the development of strategies to increase productivity and promote social equity and environmentally sustainable farming practices.

There were expectations, though, that the exercise should shed light on ownership patterns, tenure, productivity and optimum sizes as it seeks to address issues arising from the fast-track Land Reform Programme that took place almost 20 years ago.