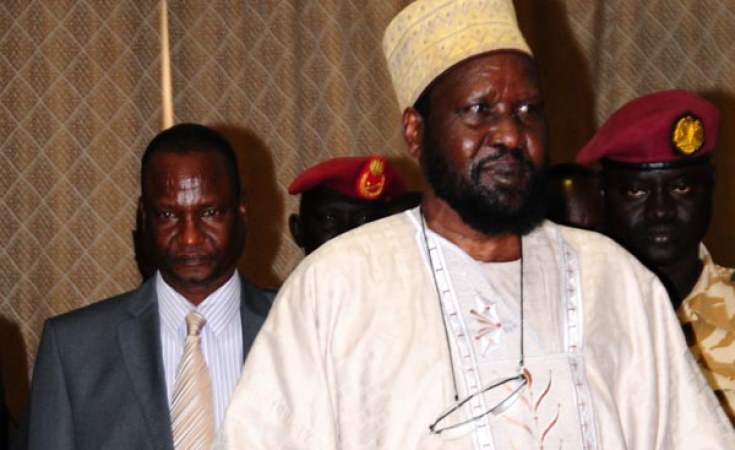 The United Nations Mission in South Sudan (UNMISS) on Monday urged President Salva Kiir and his First Vice President Riek Machar to expedite implementation of the security arrangement deal in order to shore up the peace process.

David Shearer, head of UNMISS and Special Representative of the Secretary General, said there is urgent need to quickly implement the security arrangement in the absence of the National Pre-Transitional Committee (NPTC) that was recently dissolved, as the former warring parties wait to form cabinet in the transitional unity government.

"There is also an urgent need to move on transitional security arrangements. New lines of authority need to be set up by the government to lead this process," Shearer told journalists in Juba.

"UNMISS is assisting where it can, including transporting more than 300 metric tonnes of supplies to training locations to plug urgent gaps. But across the sites, a shortage of supplies remains. There is no registration and no substantial training underway," he said.

Shearer blamed the recent escalation in inter-communal violence in Jonglei state and Pibor administrative area due to delay in appointment of the local authority.

President Kiir and Machar recently reached agreement on ministerial appointments and governors to take charge of the recently created 10 states. South Sudan recently reverted to 10 states from the former 32 states.

"The filling of the governor positions is particularly urgent. The absence of authority at the state level has caused a vacuum of power and decision-making, as we have seen in Jonglei emboldening those involved in recent inter-communal clashes," said Shearer.

He disclosed that the fighting in these areas has caused significant casualties and displacement of thousands of families, particularly in areas around Pibor and the villages of Likuangole, Waat, Manyabol and Anyidi.

"We have reports that women and children have been abducted by both sides. This is unconscionable. These people must be returned immediately. UNMISS is ready to support efforts by the communities to help calm the situation," said Shearer.

More than 8,000 people are currently living in makeshift shelters next to the UN base in Pibor.

Shearer disclosed that UNMISS responded immediately to the violence by reinforcing the UN base in Pibor with additional peacekeepers and carrying out a series of patrols to hotspots. -Xinhua

Drive to Tackle Measles Begins in South Sudan
Tagged:
Copyright © 2020 Ghanaian Times. All rights reserved. Distributed by AllAfrica Global Media (allAfrica.com). To contact the copyright holder directly for corrections — or for permission to republish or make other authorized use of this material, click here.