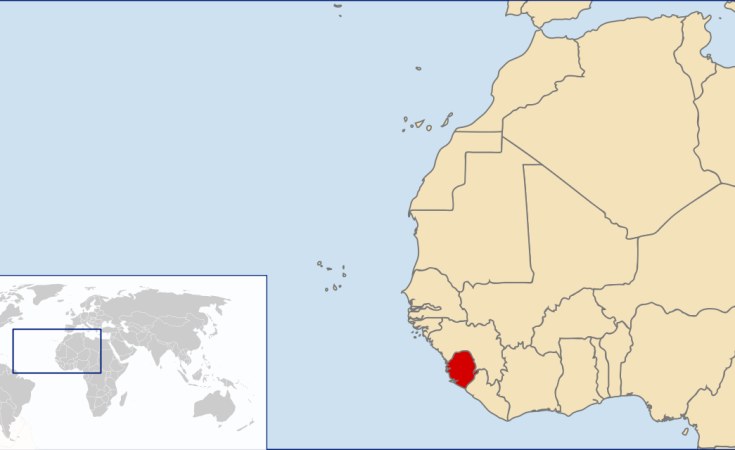 Monrovia — Finland has arrested a Sierra Leonean national suspected of committing war crimes and crimes against humanity in Liberia, the first African who is not a Liberian to be held in connection with the country's 14-year civil war.

Gibril Massaquoi was remanded by Finland's National Bureau of Investigation (NBI) in Tampere in southern Finland, where he lived. He is accused of homicide, sexual violence, and recruitment and the use of child-soldiers.

Swiss-based Civitas Maxima and its Liberian-based counterpart, the Global Justice and Research Project (GJRP), first documented Massaquoi's alleged crimes and presented them to Finnish authorities. Evidence that the the 50-year-old was a resident of the northern European country emerged on the internet in 2010, when his name appeared on an article about peace and democracy in a post-conflict setting.

"The latest news regarding [Massaquoi] in Finland is a huge step towards addressing the issue of accountability for past crimes during the two bloody civil wars in Liberia," said Fayah Williams, deputy director of the GJRP in a statement issued by Civitas on Wednesday. "It brings hope to all those who were victimized as the result of the civil war."

Massaquoi was a high-ranking member of the Revolutionary United Front (RUF), the group's spokesperson, and assistant to its head, late Foday Sankoh. He even testified before the Special Court for Sierra Leone (SCSL) against members of the Armed Forces Revolutionary Council (AFRC) in 2005.

Finnish police began investigation into his alleged crimes in 2018, interviewing witnesses in Sierra Leone and Guinea.

"The Liberian judicial authorities have supported the criminal investigation and permitted us to collect information in Liberia," said Detective Superintendent Thomas Elfgren in an NBI press release. "The next step is to interview the suspect and to conduct any further investigations requested by the prosecutor and the defense."

Formed in 1991, the RUF joined ranks with the National Patriotic Front of Liberia (NPFL), which was founded two years earlier. Together, the two groups ravaged towns and villages in the Mano River basin, killing an estimated 250,000 in Liberia, 50,000 in Sierra Leone and 1,000 in Guinea. Millions of people were displaced in the three countries.

It is unclear where he is alleged to have committed the crimes in Liberia. However, RUF fighters frequented villages along the Liberia-Sierra Leone border.

Liberia's Truth and Reconciliation Commission (TRC) recorded 86 human rights violations it said were committed by the RUF in the country. That is more than the crimes the commission recorded committed by groups such as the Special Anti Terrorist Unit (SATU), the National Security Agency (NSA) and the Special Security Services (SSS).

A number of Liberians have been arrested and prosecuted in Europe and America over the war in Liberia, but Massaquoi is the third non-Liberian to account for crimes committed during the violent civil conflict. The first two persons are Chuckie Taylor, who is serving a 97-year sentence in the United States for torture in Liberia as an American, and Guus Kowenhoven, who was found guilty by a Dutch court in 2017 for aiding and abetting crimes committed by the NPFL.

The legal doctrine of universal jurisdiction allows Finland to try foreign nationals like Massaquoi for crimes they allegedly committed in other countries. His hearing is expected to be held at the Pirkanmaa District Court today.