Africa: Airlines at Risk of Bankruptcy By May - Centre for Aviation 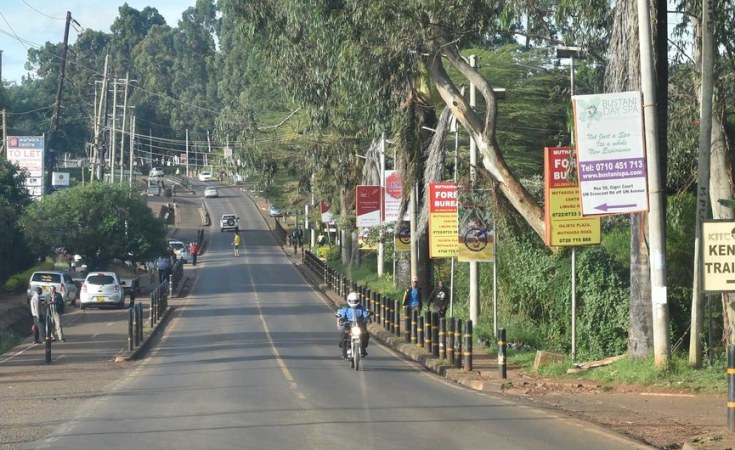 Newton Kanhema/UN Kenya
The usually busy UN Avenue in Nairobi is almost empty as people stay at home to avoid spreading the coronavirus.
The New Times (Kigali)
By Julius Bizimungu

As the novel coronavirus pandemic spreads to every corner of the world, most airlines will need their countries' support to be saved from what is expected to be an unprecedented crisis in the aviation sector.

In just less than 24 hours, most airlines across the world announced drastic measures to reduce their flight capacities, responding to entry bans being imposed across the globe and a rapid decline in demand for air travel.

International Airlines Group (IAG), the owner of Aer Lingus and British Airways, on the other hand, announced they will cut all flying capacity by at least 75 per cent, ground aircraft and shrink staff numbers.

"Coronavirus is the biggest crisis in the history of aviation, truly a survival of the fittest," Topi Manner, Finnair CEO, said on Monday on his Twitter account after his airline announced it would cut flight capacity.

The same day, Centre for Aviation (CAPA) which is a highly reputed consultancy firm, released a report warning that most of the world's airlines could be sent into bankruptcy amidst growing coronavirus pandemic.

"As the impact of the coronavirus and multiple government travel reactions sweep through our world, many airlines have probably already been driven into technical bankruptcy, or are at least substantially in breach of debt covenants," it said in a report.

CAPA predicts that by the end of May all of the world's airlines will be bankrupt.

"Cash reserves are running down quickly as fleets are grounded and what flights there are operate much less than half full," CAPA warns in the latest report.

According to the report, forward bookings are far outweighed by cancellations and each time there is a new government recommendation to discourage flying. At the same time, demand is drying up in ways that are completely unprecedented.

"Normality is not yet on the horizon," the report says.

This comes few days after many African airlines - Kenya Airways, RwandAir, Air Tanzania, Air Mauritius, EgyptAir and Royal Air Maroc, among others - postponed flights to mainland China, Italy, South Korea and other countries where the pandemic has spread very fast.

RwandAir cancelled their flights to China after the outbreak and later announced the suspension of flights to Israel and later suspended flights to Mumbai.

Yvonne Makolo, RwandAir's Chief Executive Officer, said they were monitoring the situation before they could take any further action.

Most airlines are shutting operations as a response to travel bans imposed by countries across the world as they attempt to cushion their territories against the spread of coronavirus.

This has led to a rapid decline in demand for air travel.

CAPA says that, while governments are grappling with the health challenges of coronavirus, it is clear that there is little instinct to act cooperatively with mixed messages and frequently quite different.

"Each nation is adopting the solution that appears best suited to it, right or wrong, without consideration of its neighbours or trading partners," their report says.

When, for example President Trump peremptorily announced the effective cancellation of airline access to most Europeans, he didn't advise his European government counterparts in advance, let alone consult with them.

The report said the aviation industry is about much more than airline health, rather crucial to global communications and trade, highlighting historical role airlines have played.

"It was because of aviation's central role that the world's governments convened in 1944 to establish a multilateral framework for post-war aviation," CAPA argued.

As failure for governments to coordinate and take the right actions against airlines, some countries will not let their airlines completely collapse.

US President Donald Trump has already pledged huge amounts of money that will be accessed by his country's airlines including the likes of American Airlines and Delta.