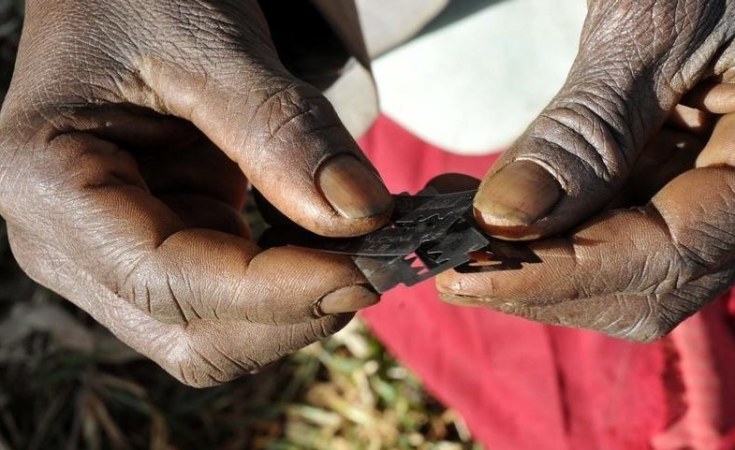 The internationally condemned rite of female genital mutilation (FGM) is practiced in at least 92 countries, according to a new study released Tuesday by three advocacy groups. Despite a decline in its prevalence in recent decades, there are still millions of girls around the world subjected to the painful and highly dangerous practice.

An age-old ritual, FGM is practiced for a variety of cultural and religious reasons, primarily as a means to curb women's interest in sex and to cure perceived sexual problems.

The U.N. estimates that more than 200 million girls have undergone the ritual in 32 countries during recent decades, based on large-scale national surveys from those countries.  The new study examined smaller national studies and indirect estimates to document the practice in an additional 60 countries.

“There is growing evidence of the currency of FGM/C in more countries than actually measured,” said Ghada Khan, one of the authors of the study. “We wanted to highlight the fact that this is a global issue, it is occurring worldwide and that it requires a global response.”

Known as "female circumcision" in some countries, FGM ranges in severity from the partial or total removal of the clitoris to other harmful procedures such as pricking, piercing, incising and scraping the female genitalia.  The ritual is performed as early as infancy to the teen years, often using crude implements such as scissors and without an anesthetic.

With well-documented physical and psychological harm to girls and young women, the practice has long been considered a human rights and women's rights violation.

The U.S. government considers FGM “a serious human rights abuse, and a form of gender-based violence and child abuse,” according to the State Department.

Thirty-two mostly African nations have long been known as FGM hot spots.  In addition, the study found FGM evidence in 31 Western countries, including the United States, where the ritual is practiced in immigrant communities and in 29 other countries where small-scale national studies and other evidence confirm the existence of the practice.

Though prevalent among some Muslim majority countries, FGM runs across religious, cultural and geographic lines.  In Colombia, a 2011 study documented the existence of FGM among the country’s Embera indigenous community.

In Israel, a 2012 study found evidence of FGM among Ethiopian Jews living in the country.  And in the United States, several cases of FGM among white Christian women have come to light in recent years.

“There is such a silence that surrounds this practice, that until we are talking about it more, we are really never going to know the number of girls in the U.S that have been affected,” Jenny, a white Christian woman who underwent FGM at the age of 5, is quoted as saying in the report.

“We have to remove the shame, make it a subject safe to talk about,” she said. “This is not a race, culture, religious, regional or anything else kind of issue. It is a human issue. Period.”

Congress seeks to beef up the law

The findings come as the U.S. Congress seeks to beef up a 1996 anti-FGM law that was declared unconstitutional by a federal judge two years ago.

Last week, the House Judiciary Committee advanced legislation that would clarify the constitutional basis of the law, making it a federal crime to perform genital cutting.

The current law, enacted by Congress in 1996, bans female genital cutting in the United States and prohibits parents from taking their children overseas to undergo the practice.  In addition, 35 states forbid the practice, while others are considering passing similar legislation.

In 2017, the Justice Department charged two Detroit-area doctors with performing FGM on nine girls as young as six years old. The doctors are members of the Dawoodi Bohra Muslim sect.

But the following year, a federal judge in Michigan dismissed the charges against them, ruling that the law was unconstitutional.

In a highly unusual move, the Justice Department then declined to appeal the decision and instead asked Congress to amend the law.

With bipartisan support, the House bill, which would raise the maximum penalty for performing FGM on a minor to ten years, is widely expected to pass in the coming months.

"It is critical that we take steps to update the FGM statute to ensure that girls are protected from this brutal practice,” House Judiciary Committee Jerrold Nadler said last week.

The U.S. is one of only 51 countries with anti-FGM laws, according to the study.  Advocates have been working with members of Congress to pass the legislation.

“We’re excited about (the House bill) because the whole world is looking toward the U.S. as a leader in this area, and for the U.S. not to have federal law is extremely problematic,” Khan said.

In 2015, U.N. members set eradication of FGM as one of their sustainable development goals for 2030.  But a 2018 United Nations Population Fund report warned that if current population trends hold, at least 68 million more girls will face FGM by 2030, with the number of victims rising to 4.6 million per year.

“Even these alarming figures are grossly inadequate, as they do not take into account, as outlined in this report, at least 60 countries where there is no national-level prevalence data available,” the report states.

“If we want to achieve worldwide eradication of FGM/C by 2030, we must measure FGM/C prevalence in every country and accelerate global efforts to end this harmful practice,” the report adds.

COVID-19 Jeopardises Gains Made Towards Protecting Women, Girls
Tagged:
Copyright © 2020 Voice of America. All rights reserved. Distributed by AllAfrica Global Media (allAfrica.com). To contact the copyright holder directly for corrections — or for permission to republish or make other authorized use of this material, click here.