Africa: Blood Groups - and Their Antibodies - Are Being Explored in Immunity to SARS-Cov2 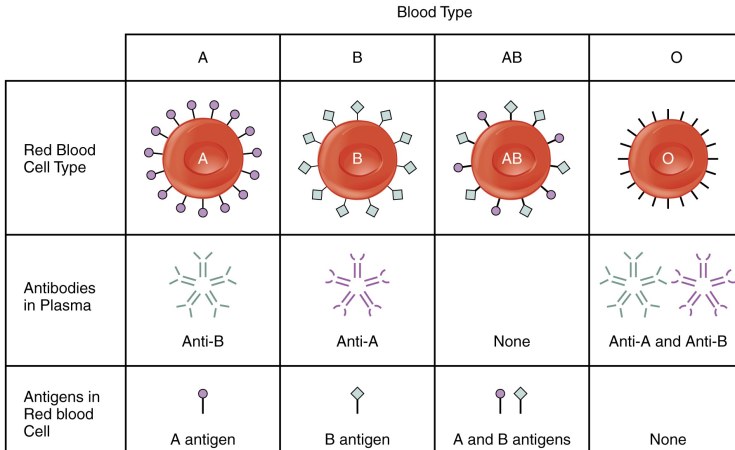 COVID-19, which first emerged in Wuhan, China in December 2019, is relentlessly sweeping across the world. The scale of the epidemic has caused chaos and led to the World Health Organisation declaring it a pandemic in early February 2020.

Understanding the virus is the preoccupation of scientists who are trying to unravel its mysteries as a first step to finding ways to stop the disease spreading, and to finding a vaccine. On a daily basis scientists are finding out new things about SARS-CoV-2, the virus behind the rapidly spreading disease COVID-19.

An area of inquiry is its relationship to other coronaviruses. For example, it's been identified as being part of the same family of coronaviruses which caused Severe Acute Respiratory Syndrome (SARS) and Middle East Respiratory Syndrome (MERS). SARS was first identified in 2002. It caused severe respiratory disease which was fatal in approximately 10% of cases. MERS, on the other hand, originated in the Middle East and although less infectious, caused death in around 37% of cases.

Scientists investigating SARS-CoV-2 have found that the structure is very similar to the SARS-CoV. But there are also a number of marked differences. For example, one of the most startling differences of COVID-19 is its rapid spread across the world.

Closing the gap in understanding these differences and similarities is what stands between scientists and a solution to the rapidly spreading disease. One vital line of inquiry into how the body is able to fight and overcome the infection is how blood types - and their associated antibodies - might influence the immune response.

SARS-Cov-2 is round in shape and has a number of proteins called spikes on the surface. These spikes attach to the same human cell receptor (angiotensin-converting enzyme 2) as the SARS-CoV. This information is important as it suggests that the virus uses the same mechanism of ensuring that the viral genes enter the host cell, replicate and infect other cells. Scientists can use this to develop drugs which inhibit the spike protein from binding and so slow the ability of the virus to replicate

Another similarity is the structure of the spike protein which is called NSP15. Scientists from a number of universities in the US have studied the structure of this protein and found it to be 89% similar to the NSP15 protein in SARS-CoV.

Like COVID-19, SARS was highly infectious. But there was one quirk: not everyone who was exposed to individuals who were already infected developed the disease.

One area of research was whether blood types and naturally occurring antibodies could influence the spread or severity of infection.

The distribution of the four main blood groups (A, B, AB and O) varies across population groups and geographical regions due to natural selection, the environment and disease. Up until recently, blood groups were commonly known for their role in blood transfusion. If patients received incompatible blood, powerful naturally occurring anti-A or anti-B antibodies could cause a blood transfusion reaction.

But research has shown that blood types could also play a role in infection and how the body's immune system responds. One theory is that blood group antigens can act as binding receptors which will allow viruses or bacteria to attach and enter the body's cells.

An example of this is the norovirus which causes severe vomiting and diarrhoea. This virus is able to bind to ABO antigens on mucosal surfaces of the gut, and once this happens, it is able to gain entry into the host cell and then replicate. On the other hand, anti-A and anti-B antibodies may be part of the body's natural defence and could limit or even prevent infection.

Doctors at a Hong Kong hospital studied this phenomenon and reported that individuals who were blood group O appeared to be less susceptible to SARS-CoV than those who were group A, B or AB. Researchers showed that the virus could express antigens on its surface similar to those found in the ABH blood group. They also reported that naturally occurring anti-A antibodies were able to inhibit or even block the binding of the virus to the host cell.

This led to the theory that group O individuals, which have both anti-A and anti-B antibodies, may have some protection against infection.

The fact that blood types and their associated antibodies influence the immune response is one of the lines of inquiry into how the body is able to fight and overcome the infection.

How this occurs in COVID-19 still requires more study to build on the work already being done.

Another discovery is that the SARS-CoV-2 spike protein is unique and is 10-20 times more likely to attach to human cells. This could explain the increased and more rapid spread across populations.

The structure of these unique spike proteins matter enormously because they will form the basis for the development of a vaccine.

The ABO blood group has evolved in response to disease over thousands of years. The antigens and antibodies which form part of this system interact with cells of the immune system and are able to influence the way they react. As we get to know more about SARS-CoV-2 the role of blood types, if any, may become clearer.

Previous Story
Novel Coronavirus - How Close Are We to Treatment And Vaccine?
Next Story
Human Trial of Investigational COVID-19 Vaccine Begins

Novel Coronavirus - How Close Are We to Treatment And Vaccine?

As COVID-19 Pandemic Rages, Women and Girls Are Even More At Risk
Tagged:
Copyright © 2020 The Conversation Africa. All rights reserved. Distributed by AllAfrica Global Media (allAfrica.com). To contact the copyright holder directly for corrections — or for permission to republish or make other authorized use of this material, click here.