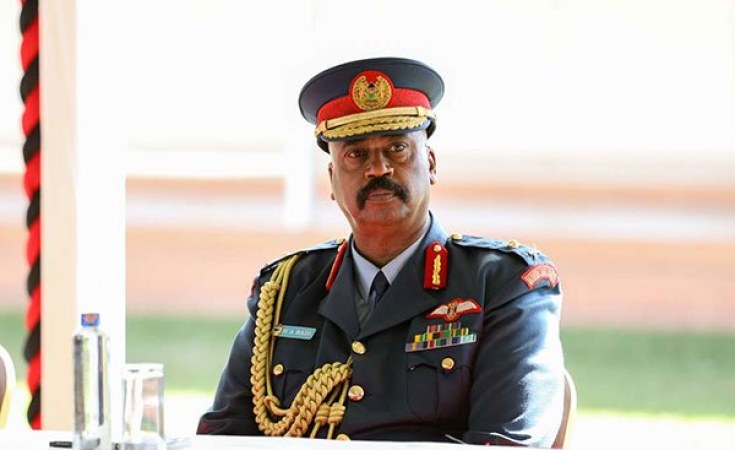 President Kenyatta said the NMS will be responsible in improving services in the city, including implementing a new rail transport system in measures aimed at modernising the city.

Principal Secretary Physical Planning Enos Onyango Momanyi will deputise him as a representative of the national government.

"As I commission the Nairobi Metropolitan Service, I will task them firstly to bring an end to the corruption and to dismantle the cartels that have hindered the development of this county. I know that this is a tall order but to you who have been charged with this responsibility, I pledge that I will ensure that you are fully supported by the government in all ways possible to ensure that you achieve this goal."

The president spoke at State House, Nairobi where he witnessed the signing of the execution order of the transfer of functions by Nairobi Governor Mike Sonko to the national government. The functions transferred include Transport and Planning.

"What we are doing is not a favour, it is a service and we must provide it and we cannot turn back and for that, I ask each and every one of you to be committed to the task ahead. It will not be an easy task but with commitment and dedication, honesty and diligence," he said.

He said Nairobi which is a diplomatic hub can no longer be left to be ruled by cartels and corrupt entities which frustrated the Nairobi Regeneration Programme.

"The biggest problem that the city faces is corruption and cartels that have a vice-like grip on City Hall... the cartels and corrupt practices have made service delivery almost impossible," President Kenyatta said.

Until his appointment, Major General Abdalla Badi served as the Base Commander at Moi Air Base, according to information on the Kenya Defence Forces' website.

Why Kenyatta is Appointing Military Men to Key Positions