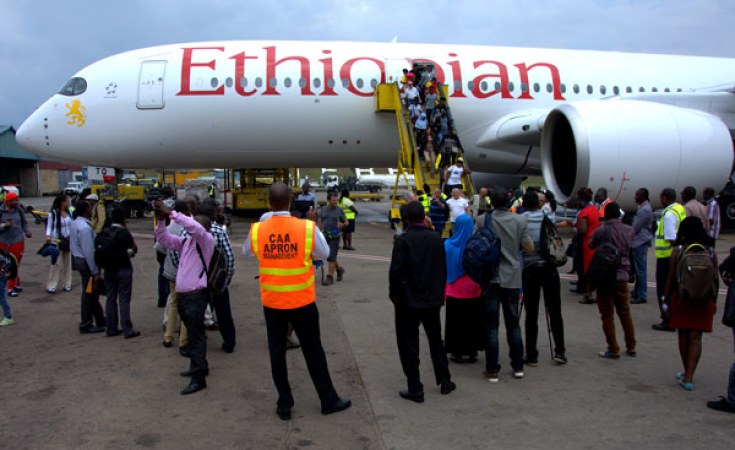 Foreign lawyers have been trooping to Kenya seeking to be hired by families of last year's Ethiopian Airlines crash victims.

Lawyers who represent plane crash victims usually work pro bono but expect to get a percentage of the settlement.

A few days after the March 10, 2019 crash of the Nairobi-bound Boeing 737 MAX, some Kenyans started receiving visitors identifying themselves as lawyers or representatives of US firms.

The lawyers/firms also placed adverts in the local media, saying they would be seeking justice for victims of the crash, which killed all 157 on board. Some families did not know if the firms were genuine.

The concerns prompted the Law Society of Kenya (LSK) to advise families to be cautious when choosing those to represent them in the compensation hearings.

The LSK said it would ensure past mistakes, where lawyers flew into the country and illegally obtained clients for representation in foreign courts, did not recur.

"This is to caution the public that the persons appearing in the piece published by the Daily Nation purporting to offer legal services to families of the crash victims are not qualified to practise law in Kenya under the provisions of the Advocates Act," LSK President Allen Gichuhi said in June last year.

His successor, Mr Nelson Havi, also insists that foreign firms are not authorised to do so.

"It can only happen if they have permission from the Chief Justice and the Attorney-General. We will kick them out if they are already here," Mr Havi said recently.

However, local lawyers can represent their clients in the US through a correspondence advocate in that country. "The Kenyan lawyer can take instructions and procure the services of a lawyer in the US. But a US lawyer cannot come to Kenya and start soliciting clients," Mr Havi said.

It's not uncommon for families to find themselves caught up in a scuffle between local and foreign lawyers. Some of these cases have left a bad taste in the mouths of the parties in dispute.

The Justice and Environment Foundation (JEF) -- a lobby that champions fairness -- and local law firms have been conducting campaigns to enlighten families on their rights.

JEF has also been involved in international litigations, such as the Mau Mau suit in the UK and the tea and flower farm workers' case in Scotland.

"We have assisted victims. What comes out is that there is a need for more education on the complexity of suing in a foreign land," said JEF chairman Godfrey Otieno Onyango.

Some families are yet to join the cases filed against Boeing due to mistrust while others feel they are being taken advantage of by American lawyers, he added.

"If it is established that a family hired a foreign lawyer without following due process, that can be used against it and the case can collapse on a technicality, even if the family deserves to be compensated," Mr Onyango said.

He highlighted some of the challenges his organisation faced while handling the Mau Mau case, which resulted in a vicious legal fight at the High Court.

The row between local and foreign lawyers and other individuals took a year to settle.

Following a Sh2.5 billion payout by the British government to approximately 5,228 Mau Mau survivors in 2013 after an out-of-court settlement, another application was filed in London.

According to the agreement, the British government was also to build a monument in memory of Mau Mau fighters.

The second application was on behalf of a different group of Mau Mau victims, estimated at 8,000.

However, another tussle involving local lawyers, individuals and entities against those abroad -- all claiming payment for their contributions in the case -- almost overlooked the victims.

The dispute ended unceremoniously in August 2018 when a London court said it would not order payments to the 8,000 victims.

The court said the period from the time the atrocities were committed and when the case was lodged was too long to enable a competent trial.

The first payment was also not short of controversy.

Just about the time the more than 5,000 Mau Mau fighters were to start getting the award, LSK filed a case at the High Court raising concerns regarding their identities and sought orders to have them made public "as some might be fictitious". The case was dismissed.