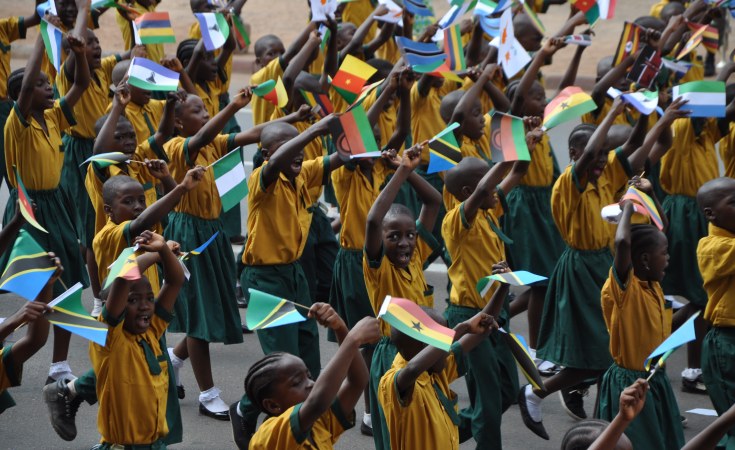 The belief that Africa's burgeoning population - set to rise from 1.3 billion to two billion by 2040 - is a boon runs deep on the continent. It's the premise of the African Union's (AU) various youth development programmes, as Jakkie Cilliers points out in his just-published book Africa First! Igniting a Growth Revolution.

These programmes assume that Africa's large youth bulge will ensure fast economic growth by itself. But then why has Africa's burgeoning population not already translated into rapid growth, he asks. The answer, Cilliers bluntly told AU staff in October 2018, was that their plans missed the point.

Africa's high fertility rates were a serious constraint on development and until the continent significantly lowered them, it wouldn't be able to economically grow quickly enough to reduce poverty and improve livelihoods. Some Addis Ababa-based diplomats, he writes, objected strongly to this 'attempt at stigmatising motherhood and apparently, children.'

Trying to make Africa's demographics a dividend rather than a liability is one of the central aims of this book. It asks why Africa continues to slip increasingly further behind global averages of well-being and what should be done about it. 'Extreme poverty is declining globally, except in Africa,' Cilliers notes.

The continent is improving on some health measures of well-being like infant and maternal mortality, but on others, such as education, the gap is as large as it was four or five decades ago. He also forecasts that African poverty will decline only slightly as a percentage of population but will rise in absolute numbers.

And he predicts the continent will miss the headline goal of the 2030 Agenda for Sustainable Development - eliminating extreme poverty - by a large margin, unless it at least quadruples its average economic growth rates.

Africa First! aims to explain why Africa is in this sorry state, forecasts where it might be in 2040, and suggests how to reach a better outcome.

Cilliers writes that some African governments confuse a growing population (that generally results in a larger economy) with per capita income growth. It isn't sheer population numbers that will change income growth but the ratio of the working-age population to that of dependants - children up to age 15 and the elderly, aged over 64.

'The difference of 0.7 is extraordinarily significant given the large numbers involved,' Cilliers says. The annual addition of millions of children also means that governments have to spend much more on education, health and infrastructure just to cope with the larger numbers, but they are unable to improve the quality of services for those already in the system.

The World Bank has attributed one third of East Asia's growth during its economic miracle to a growing labour force as a portion of the total population. Cilliers adds that the high economic growth of the United States and the Nordic countries over many decades is also largely due to their high ratios of workers to dependants that have lasted for several generations.

Instead of being a blessing, Africa's youth bulge could lead to increased risk of conflict and violence

He says on current trends, Africa's young population will consistently be a drag on economic growth until the continent's ratio of working-age population to dependants has risen to 1.7. That will occur only around 2054 when 'it will enter a window of particularly rapid income growth ... that will last for two decades.'

Thereafter the ratio of working-age people to dependents will continue to increase, peaking at around two people of working age to every dependant - i.e. about 66% of a population that will then be an estimated 3.2 billion - around 2074, before declining, as Africa's population ages.

No one can predict the future, but 'none of this is good news for a continent that aspires to catch up with global income averages,' Cilliers says. So instead of being a blessing, Africa's youth bulge could - unless managed - be a curse, leading to increased risk of conflict and criminal violence.

Tackling that large youth bulge requires addressing, among other factors, the high fertility rates across Africa. These vary significantly, with lower rates for richer countries, though averaging 4.8 children per woman for sub-Saharan Africa as a whole, versus the global average of 2.4. 'Lower child mortality rates, higher incomes, the education of women and the availability of contraception all reduce fertility rates,' Cilliers writes.

Reducing Africa's fertility rates demands, among others, better education for women as this gives them more job opportunities and less inclination to have large families as they will be better informed about modern contraceptives.

The second would be a modest reduction in child and adult female mortality rates from communicable diseases in health systems better equipped for family planning. Underpinning all of this is the empowerment of women.

The effects of these interventions would be significant - dropping maternal and infant mortality rates and the average fertility rate to 2.2 children per woman by 2050, versus about three children by 2050 on current expectations. Meanwhile Africa's total population would only grow to 2.8 billion by the end of the century versus a current forecast of 3.7 billion.

Africa's overall economy would grow more rapidly and despite its smaller population, per capita income would increase by US$510 by 2050. And the number of Africans living in extreme poverty would be 24 million fewer in 2030 and 129 million fewer in 2050. Africa would also narrow the gap between itself and the rest of the world on composite indicators such as the Human Development Index.

Cilliers concludes that, 'All these interventions to unlock Africa's human capital will require governments, especially those in low-income and lower-middle-income countries, to make family planning a high priority on their developmental agenda.' For many African countries though, that could be a large political challenge.