Africa CDC: Continent 'Must Be Prepared' as Coronavirus Causes 'Havoc' 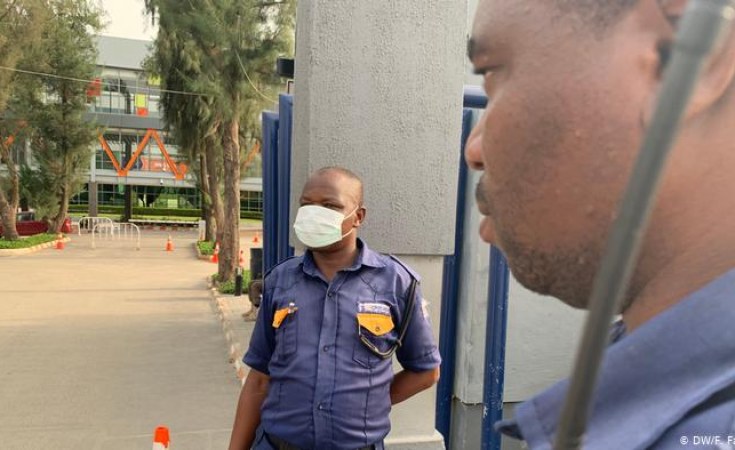 Washington — Three African countries account for most of the continent’s coronavirus cases, but the deputy director of the Africa Centers for Disease Control and Prevention says the entire continent must be ready for the virus.

“The virus is causing a lot of havoc in other parts of the world, and we in Africa must be prepared so that it does not catch us in the numbers that we are seeing in Europe and Asia, because our health systems will not be able to cope,” Dr. Ahmed Ogwell told VOA via Skype from Addis Ababa, Ethiopia.

The best strategy, he said, and one his agency is advising governments to follow, “is to prevent and minimize the harm that the virus will cause to the continent.”

Ogwell said his organization, which is a technical agency of the African Union, is working to strengthen countries’ preparedness in three main areas, including improvement of surveillance at ports of entry and hospitals; increasing countries’ ability to test for COVID-19, a capacity 43 African countries now have; and strengthening the capacity for infection prevention and control so infected patients can be isolated and monitored.

To date, the hardest-hit countries are Egypt, with 196 reported cases; South Africa, with 116; and Algeria, with 73. There were 605 cases continentwide as of March 18.

Ogwell said a silver lining to the crisis is that these three countries have fairly well-developed health systems and local testing capacity. However, a significant rise in cases can overwhelm any country.

“They have been managing the cases quite effectively,” Ogwell said. “What is the challenge is that when the numbers start becoming big, then you find that doing effective contact tracing becomes that much more of a challenge.”

He added that the continent has learned a lot from the Ebola outbreak of 2014-15. One of the biggest lessons is the importance of cross-border collaboration. If countries like Guinea, Sierra Leone and Liberia had received help from better-resourced countries early in the Ebola outbreak, he said, it might have slowed the spread of the disease.

He added that health ministers from across the continent have been working on updating and coordinating pandemic response policies so resources can be quickly marshaled to address an outbreak. Another improvement is the partnership among national ministries of health, continental organizations such as the Africa CDC and global entities such as the World Health Organization.

“During this COVID-19 outbreak, we have mobilized partners from the very beginning,” he said. “And we are working very closely with the various partners on the continent and beyond to ensure that we don't have a very large number of cases on the continent. So we've learned a lot from Ebola. And we're using those lessons to improve the way we respond this time around.”

Coronavirus Has African Leaders Adopting New Greeting Style
Tagged:
Copyright © 2020 Voice of America. All rights reserved. Distributed by AllAfrica Global Media (allAfrica.com). To contact the copyright holder directly for corrections — or for permission to republish or make other authorized use of this material, click here.