Africa: Opinion - When the Challenge Is Too Much Water Rather Than Not Enough 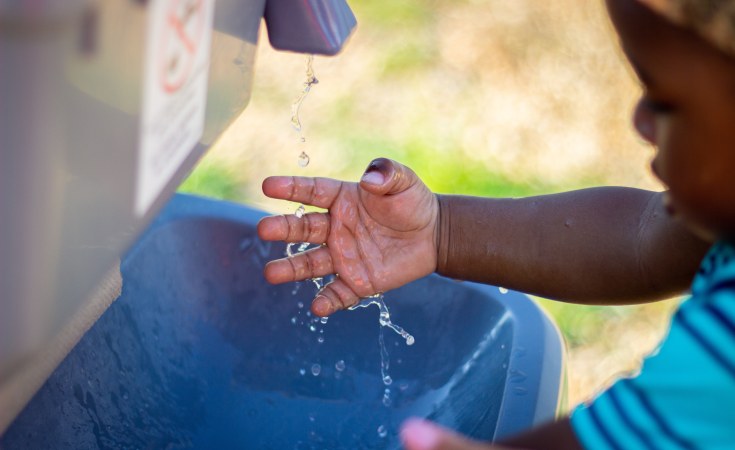 As sea levels rise, coastal communities must embrace the water

World Water Day on March 22 is usually a time to focus on the 1.1 billion people who lack access to safe drinking water and the billions more who have no proper sanitation. But global warming, which is causing icecaps to melt, is also unleashing the opposite problem - too much water, rather than the lack of it - with consequences that could be as deadly as drought.

The rise in sea levels does not discriminate between rich and poor. In the United States, Miami is waging an existential battle against sea levels that have risen eight inches (20.3 cm) since 1950. Jakarta in Indonesia, home to 10 million people, is both sinking and threatened by rising seas. Globally, at least 570 cities and some 800 million people are at risk from rising sea levels.

It is not just people and real estate that are at risk. International tourism and trade, and critical infrastructure such as roads, railways, ports, underwater internet cables, water pipelines and public transport systems are all vulnerable to the impacts of rising seas and storm surges. Of all the problems triggered by global warming, few are as complex as sea-level rise.

But this threat doesn't condemn coastal cities to a doomsday scenario. After all, the Netherlands and many other coastal nations have been keeping the sea at bay for centuries. Climate change, however, threatens to exhaust the current toolkit: levees can only be raised so high and there are limits to the number of water pumps that can be installed along shorelines. To adapt successfully to this new scenario, we need a fresh approach.

Few coastal cities are as vulnerable to rising sea levels as Rotterdam, Europe's largest port. About 80 per cent of its surface area lies below sea level. The storm surge of 1953, when more than 1,800 people tragically lost their lives, taught us a very hard lesson: that centuries of subjugating our environment - forcing rivers into concrete straitjackets to control flooding, building ever-higher storm barriers - was the wrong way to go.

The city learnt, after much trial and error, is that the smartest response is to learn to live with water, rather than fight it.

In Rotterdam, climate change became an opportunity to upgrade infrastructure, increase biodiversity and keep communities safer while bringing them closer. It saw that building resilience was also an opportunity to make our city more attractive and economically stronger.

It began by tearing up concrete. The city encouraged residents to replace their driveways with natural soil to allow rainwater to filter underground rather than run directly into sewers. The new thinking involved redesigning our public space in a way that allowed small-scale flooding. The city built lakes, garages, parks and plazas that enhance daily life while also acting as enormous reservoirs for when the seas or the Rhine spill over.

More coastal and riverside cities are now following the Dutch lead and breaking up their concrete jungles. China has adopted and evolved the technology to create a new generation of innovative and efficient "sponge cities", with green roofs, parks, green walls and rain gardens. By the end of this year, China hopes that 80 per cent of its urban areas will absorb and reuse at least 70 per cent of rainwater.

It is an idea that is catching on: Rotterdam is now partnering with the Indian city of Surat, in the state of Gujarat, to design a series of public water squares and share best practices in water management and climate resilience.

Where typhoons are not an issue, one way to adapt to water is to live on it. Rotterdam will soon be the new home of the largest floating office in the world, which will house the headquarters of the Global Center on Adaptation, an organisation that helps countries adapt to climate change.

Coastal cities have always been open to the world. We believe the smartest solutions to our common problems will come from the exchange of ideas and best practices, and by engaging communities that are directly at risk from rising seas. That is why we are optimistic that together, coastal cities around the globe will succeed in taming the oceans through resilience by design.

Patrick Verkooijen is CEO of the Global Center on Adaptation.

COVID-19 - Extra Water, Sanitation for South African Rural Areas
Tagged:
Copyright © 2020 Thomson Reuters Foundation. All rights reserved. Distributed by AllAfrica Global Media (allAfrica.com). To contact the copyright holder directly for corrections — or for permission to republish or make other authorized use of this material, click here.