KwaZulu-Natal Health MEC Nomagugu Simelane-Zulu has praised private healthcare service providers who have offered to provide hospital beds and wards in the event of a large-scale outbreak of the novel coronavirus in the province.

Private healthcare practitioners agreed to help the KZN Department of Health following a meeting in Pietermaritzburg on Friday where the MEC engaged with various sectors.

The meeting was aimed at increasing awareness of Covid-19, and how to deal with its impact.

"The beds are going to be free of charge. We're then going to have side engagements with human resources about equipment because some of the facilities are empty and have not been equipped. So, we're going to have discussions on how those will be staffed and equipped," Simelane-Zulu said.

"But, should those be equipped by the Department of Health, the equipment will still belong to the department. At the end of this pandemic, it will have to be returned to the facilities of the department."

Simelane-Zulu described the move by the private sector as a display of patriotism at an unprecedented time in South Africa's history.

"The partnership with the private healthcare sector was a boon to the department's own ongoing efforts to increase capacity, as it continues to reconfigure and modify ordinary hospital wards into isolation wards throughout the province," Simelane-Zulu said in a statement.

Royal Hospital, Midlands Medical, Mediclinic, Akeso, Daymed, Netcare, Nurture, Umhlanga, Cheshire Sub-acute, Hibiscus and Busamed are some of the private healthcare providers that have partnered with the department.

These groups are expected to provide a report on Wednesday indicating the total number of beds that will be available.

"We're very happy with that engagement. We know that by Wednesday we're going to have a very clear and concrete plan on how many beds are available in the private sector, and how they're going to spread it within the province of KwaZulu-Natal," the MEC added.

She also encouraged other healthcare groups to partner with the department during this time. 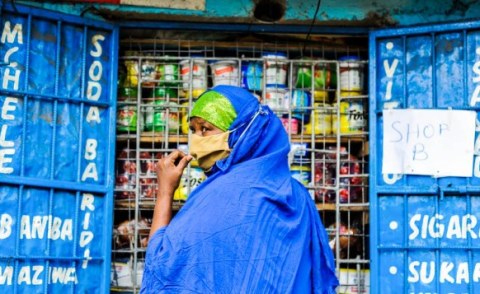 COVID-19 Provokes Anti-Traveller Sentiment in Cameroon
Tagged:
Copyright © 2020 News24Wire. All rights reserved. Distributed by AllAfrica Global Media (allAfrica.com). To contact the copyright holder directly for corrections — or for permission to republish or make other authorized use of this material, click here.