Liberia: Ivory Coast Closes Borders With Liberia, Guinea Due to the Outbreak of Coronavirus Disease 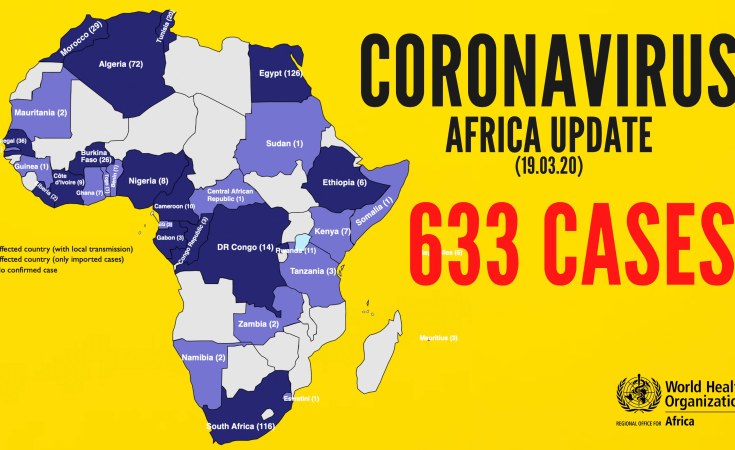 Loguatuo, Nimba County — The Ivorian government has shut down its borders with Liberia and Guinea as a result of the global coronavirus disease pandemic. The virus is now present in the three countries.

Prior to the Ivorians instituting the measure, a high-power delegation from that country crossed over the border and entered Liberia, through the Nimba County Loguatuo border, to inform the Liberian joint security assigned there that their President has ordered them to effect a border closure with Liberia and with Guinea.

The Ivorians told the joint security that they want to effectively combat Covid_19, the disease associated with the 2019 novel coronavirus outbreak, and they think that the borders remaining open won't help them in their fight.

There are reports that Ivory Coast is the first to institute such measure -- land border closure -- with sisterly countries within the West African sub-region.

The Ivorians delegation had informed their Liberian counterparts assigned in Loguatuo, Buutuo and other border places that they would begin implementing their President's mandate at 12 a.m. on March 21, 2020.

Since Ivory Coast reported its first confirmed case of Covid_19, about two weeks ago, travelers continue to move to and from that country through the Loguatuo and other border posts.

Following their meeting with the Ivorians, our Nimba County correspondent observed that some of Liberia's joint security personnel, including from the Ministry of Finance, the Liberia Drugs Enforcement Agency (LDEA), Liberia National Fire Service (NFS), among others were seen getting some of their personal belongings to leave their assigned post and move to their families.

Ivory Coast, which is a French-speaking nation, didn't report any case of Ebola during the 2014 Ebola outbreak, which heavily had a huge impact on its Mano River Union members of Liberia, Guinea and Sierra Leone, due to their preventive measures they had instituted.

Meanwhile, Nimba County Superintendent Nelson Korquoi last Friday, March 20, stopped a group of Nimba health workers, who had come together to begin awareness against the spread and prevention of the virus.

The health workers, based in Ganta and Sanniquellie Cities, had organized themselves so as to spread the preventive measures that had been put in place by the Ministry of Health.

The health workers under the banner, "Nimba County Coronavirus Awareness Team," including the City Major of Ganta, has been on local radios carrying out preventive awareness against the virus.

Supt. Korquoi, who has been in office for a little over one month, moved to the group, who had gathered on the main street in Ganta to officially launch their presence, and stopped them from proceeding with their mission on grounds that they hadn't officially informed his office.

"I am the President of this county; I have no idea of your group been in the county and carrying out any awareness," he said.

For his part, the head of the group, Ephraim Yangean, told FrontPageAfrica that prior to them meeting on that day, they had officially informed the Superintendent and the Nimba County Health Team about what they are going to be doing.

Yangean accused Supt. Korquoi of politicizing their activities; adding: "We are health workers, not politicians."

The group had been using donations made to them by some local NGOs and individuals including former Superintendent David Dorr Cooper, Dr. Peter George, from Esther and Jereline Hospital; Alexander Nya and Hananiah Menwon, from CHESS Liberia.