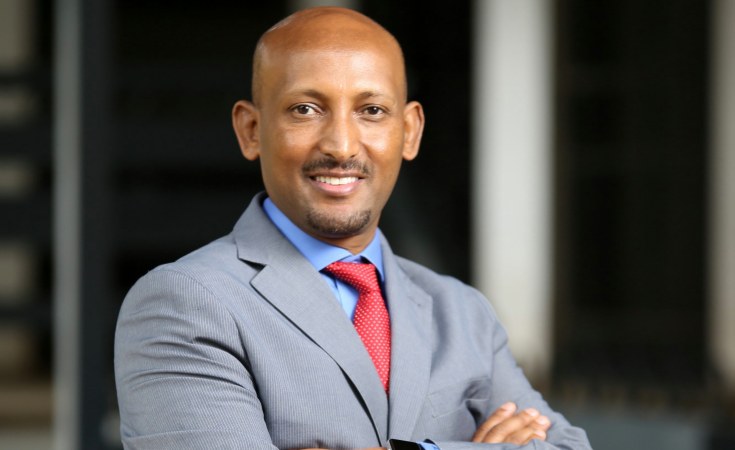 Addis Ababa — Africa remains by far the most vulnerable continent in terms of viral and bacterial infections. Covid-19 is likely to prove the worst of these. Numbers shift constantly, but by 24 March 2020, more than 1,788 Covid-19 cases and 58 deaths had been reported in 43 African countries.

Most confirmed cases so far have originated from outside the continent and the relatively limited international mobility of her people may have temporarily spared Africa the worst effects of the virus. But domestic community transmission will be almost impossible to stop.

While the pandemic has affected many countries globally, five factors may make it deadlier for Africa. These are:

In light of these factors the strategies currently applied by the Europeans and Americans - ICU hospitalization and writing blank checks to citizens - will not be possible in Africa.

For the continent to flatten the curve of the Covid-19 spread, Africa has only one option: aggressive prevention.

Africa has learned lessons over the past decade, particularly from the management of the 2014-2016 Ebola outbreak in West Africa, but it has little capacity for exponential hidden infections of Covid-19 and identifying, testing, confirming, isolating and treating those infected.

Although there have been some improvements in the standard of the continent's public health systems, a high proportion of national structures are still in poor condition, with generally deprived public health facilities and a small number of specialised hospitals.

South Africa, with better, although still patchy, health services, has declared a national disaster, has an unemployment insurance fund, and may have to deploy additional emergency funding. And even South Africa has no more than 5,000 intensive care unit (ICU) beds, although this number may be increased in coming weeks.

Set against the experience of other countries, current preparations – in particular, limited ICU capacity – appear thoroughly inadequate to meet the likely scale of Covid-19 infection in Africa.

Triage of Africa in the Pandemic

Lacking sufficient medical services for an effective fight against Covid-19, Africa will be triaged in this pandemic, if infections are not contained. [The medical term 'triage', used on battlefields or in disasters, refers to sorting patients according to their best chances of survival, giving priority to some, leaving others to wait, and giving up on those least likely to benefit from treatment.]

As with many other outbreaks, most African countries have no realistic alternative to Covid-19 prevention programmes because the financial and structural demands of an adequate treatment regime far exceed their capabilities.

Triage amid resource scarcity leaves Africa to fend for itself

Prevention, however, primarily demands social distancing, which is unlikely without stricter community measures than those now in place. Hence flattening the infection curve will take much time and many lives. Thus, rapidly rising infection rates need to be prevented and transmission contained and reduced at all costs.

Left to fend for itself

As nations worldwide mobilise and direct their resources to fight Covid-19 within their jurisdictions, supporting Africa's fight against the disease will inevitably take a low priority. Developed nations are domestically absorbed in their knee-jerk reactions to the pandemic, so Africa, in essence, will be left to fend for herself.

However, if testing is scaled up, confirmed cases are expected to surge, with deaths increasing commensurately. The world may then offer greater assistance.

Aside from their limited predictive, preventive and responsive mechanisms for mitigating pandemics, African governments need to take immediate actions.

Massive public communication about prevention is the first action. States must also understand that health services will be overwhelmed in the event of a full-blown pandemic. Governments have to clearly state that social distancing and quarantine are meaningful courses of action.

Livelihood: the opportunity cost of prevention

Social distancing will prove costly, since the livelihoods of the majority of African families will be sacrificed to contain the spread of Covid-19. Seventy percent of Africa's population depends on the informal economy for its livelihood.

Similarly, African communities generally live within a close social and extended family structure in which children are frequently cared for by grandparents.

Less developed economies, tightly packed informal urban settlements and more than 18 million refugees and IDPs housed in 'temporary' camps with little or no water, poor sanitation and non-existent health care, could also make for rapid transmission of the virus.

The only demographic advantage Africa has is that people aged below 24 constitute 60 percent of the population. The virus that causes COVID-19 so far internationally has been less deadly in younger people. (Italy seems to have been hit especially hard due to its ageing population.)

No bailout or emergency funds

Even with social distancing, the effectiveness of prevention comes with hefty livelihood costs. The United States, Europe and other financially endowed countries have allocated huge funds for this emergency.

African states do not have adequate funds to compensate for the loss of income which families face during self-isolation. Like Kenya and Rwanda, African countries could take some useful measures to alleviate the negative impacts of Covid-19 and social distancing on the national economy and livelihood of families. Extension of bank loan payments, waiving the cost of online money transfer and tax breaks are good starting points.

Aggressive prevention is ultimately implemented at the local level, even more at neighbourhood and household level. Besides, just harnessing community assets and fostering local solidarity can deliver a quicker means of mitigating not only the disastrous impact of self-isolation on livelihoods but also helps in the control of outbreaks of disease through tracing and isolation.

African states need to focus on mobilizing community assets and the active participation of formal and informal structures and communities from local through to national level including traditional leaders and chiefs and religious and customary support systems. Such mobilization needs to be conducted with strict protocols from health officers.

Aggressive prevention demands quick building of effective and sustainable command, control and communication. Since the armed forces have a superior capacity for rapid deployment, African states will need to rely on their military assets in the response to the Covid-19 pandemic.

In present circumstances, governments may be forced to declare states of emergency to deploy their armed forces to enforce quarantines and control internal and transboundary movements in border areas. Given the history of African armed forces, if a state of emergency is declared, mechanisms must be set up to ensure strict oversight and respect of human rights.

In the absence of cross-border cooperation among states, aggressive prevention would not work, as pandemics are borderless and porous borders can propagate the virus.

It is in this African context that the role of multilateral organization such as United Nations agencies – mainly the World Health Organization but also others, such as the African Union (AU) and Regional Economic Communities (RECs) become critical.

They provide transnational and multilateral collaborative platforms in which layers of responsibility extend upwards through local and national government authorities, national states and to the international community.

The AU and its Regional Economic Communities could play several roles. Perhaps the most important of these is the coordination of cross-border responses and the facilitation of inter- and intra-African aid and information-sharing. The AU is also important to diplomatic initiatives aimed at defusing volatile situations when and if they occur and enhancing intra-regional and international co-operation while improving member states' capacity for timely and efficient response to COVID-19. The AU needs urgently to establish a transnational body comprising heads of state and governments to coordinate a response to the pandemic, both within states and across borders.

While it is the primary responsibility of states to respond in times of calamity, the international community needs to share the burden. The World Bank and other donors are offering some assistance but the international community needs to consider wide-ranging measures for direct and indirect financial assistance, including the suspension of debt payments.

Dr. Mehari Taddele Maru is a scholar with extensive experience in peacebuilding and in conflict prevention and mediation. Among his engagements are part-time professor at the  European University Institute; chief strategist on geopolitical, peace and security issues for Africa's Intergovernmental Authority on Development (IGAD), where he drafted its Peace and Security Strategy 2020 and prepared the Strategy for South Sudan Mediation. He has advised the Nigerian Defence College (Abuja), the Nigerian Armed Forces Command (Jaji], the UN Institute for Economic Development and Planning (Dakar); and the Ethiopian Peace Support Training Centre (Addis Ababa).