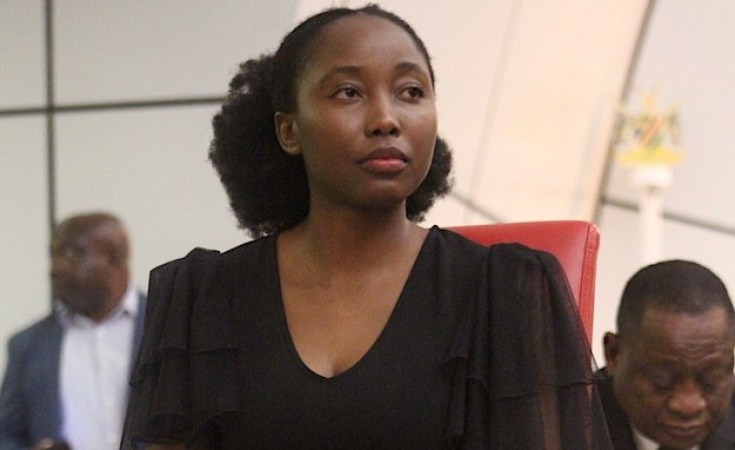 RECENTLY appointed information and technology deputy minister, Emma Theofilus might have her work cut out for her, but says she is ready for the task.

The 23-year-old became Namibia's youngest member of parliament. A law graduate, Theofilus was part of president Hage Geingob's list of eight non-voting members announced on Sunday and sworn in yesterday.

Her ascendancy to the deputy ministerial position has had many people questioning her experience and suitability for the post, but Theofilus confidently shot down such assertions, noting that anyone is able to learn, understand and acquaint themselves with the task at hand to be able to do a job.

She said she will not go into the ministry thinking "I know it all", but would acquaint herself with the work already done. Theofilus noted that there is more than meets the eye in terms of a deputy ministerial post, and that the portfolio requires a lot of coordination.

"So of course the minister, being the head and political appointee, and the deputy minister allow the whole ministerial position to function. It is a supporting role, just like any law has supporting regulations to allow it to function.

"I do not think being a deputy minister is a role that cannot be brought to life, the person should know what they have planned for that position and anybody can do it. It is not an insignificant role," she added.

The incoming deputy minister said she will push for the finalisation of certain critical bills her ministry is busy with. She said some of the bills to be tabled include access to information and the cyber bill, which are pertinent.

She stressed that as a nation, access to information is important, in terms of human rights and thus it would be a task she would take on in her position.

The deputy minister added that she would accept the position as a new challenge, and she has had a fair share of challenges such as serving in various positions at Nanso, high school, deputy mayor and deputy speaker of the children's parliament of Namibia. She has also worked with various youth groups, such as Global Shapers Windhoek.

"As a former debater and law graduate, you can expect robust debates in parliament. As long as I have the support and guidance, I do not think I would go wrong. I will bank on the experience I have, but I am also willing to take advice and guidance from those that have been there before me," she said.

Namibia@30 - Geingob Starts Second Term & Names Cabinet
Tagged:
Copyright © 2020 The Namibian. All rights reserved. Distributed by AllAfrica Global Media (allAfrica.com). To contact the copyright holder directly for corrections — or for permission to republish or make other authorized use of this material, click here.