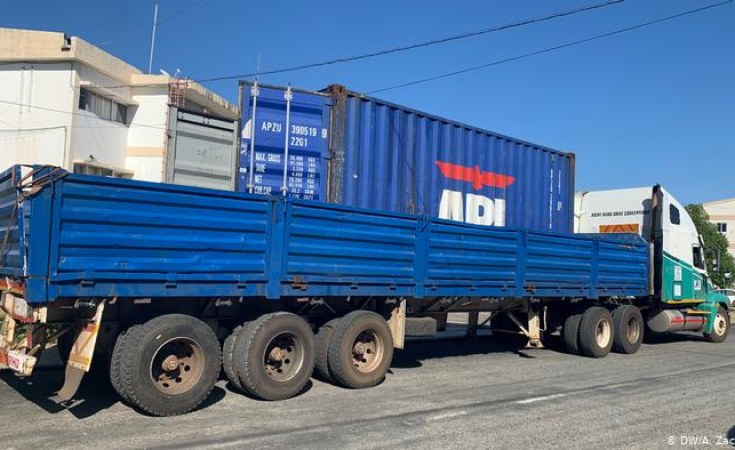 Photo: A. Zacarias/Deutsche Welle
The truck and container in which dozens of bodies were found in Mozambique.
Deutsche Welle (Bonn)

Police and immigration authorities have discovered 64 bodies and 14 survivors in the back of a truck in Mozambique. The people are believed to be migrants from Ethiopia hoping to reach South Africa.

Sixty-four people believed to be migrants from Ethiopia were found dead in a freight container attached to a truck in central Mozambique, provincial migration authorities said on Tuesday.

A further 14 people were discovered alive. The cause of death remains unknown but authorities said initial investigations pointed to asphyxia -- otherwise known as oxygen deprivation.

Provincial immigration spokesman Amelia Direito told local reporters that all 78 aboard the container were Ethiopian men and believed to have been headed for South Africa.

Police spokesman Orlando Mudumane announced: "Two people were detained in connection to the incident, the driver and a middleman, who contracted the driver to ferry these people."

Temperatures in the region are currently hovering around 34 degrees Celsius (93 degrees Fahrenheit).

Direito said the driver told police he had been promised roughly $500 (€460) to transport the men. The pair detained were reported to be Mozambican nationals.

Police have launched a manhunt for "the intermediary who facilitated the illegal entry of the Ethiopians into the country," Direito added.

The truck was stopped en route from Malawi in Moatize district in Tete province by police and migration authorities as part of a regular inspection.

Direito said that the officials looked inside the container after hearing banging coming from inside.

Mozambique has gained a reputation as a smuggling point for hopeful migrants seeking to find better lives in South Africa, the continent's most industrialized economy.

The International Organization for Migration (IOM) said the survivors were being treated for severe dehydration and exhaustion. They are currently at an immigration facility.

The Ethiopian foreign ministry said it had "confirmed through the Ethiopian embassy in South Africa that many Ethiopians travelling inside a vehicle from Malawi to Mozambique have died." Addis Ababa said it was in working to establish the number of people dead and their identities.

Government spokesman Filmao Suaze said Mozambique, in conjunction with the Ethiopian embassy in the capital, Maputo, had launched an "investigation to bring the responsible to justice. 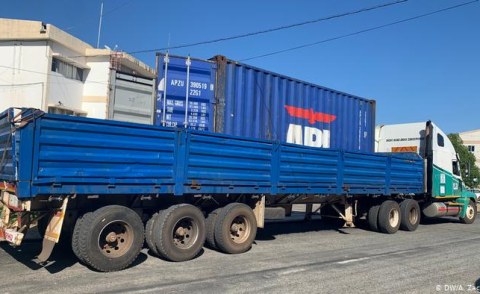 Dozens of Ethiopian Migrants Found Dead on Truck in Mozambique
Tagged:
Copyright © 2020 Deutsche Welle. All rights reserved. Distributed by AllAfrica Global Media (allAfrica.com). To contact the copyright holder directly for corrections — or for permission to republish or make other authorized use of this material, click here.

Will Nigeria's Lockdown Be Extended as COVID-19 Cases Rise?
Business