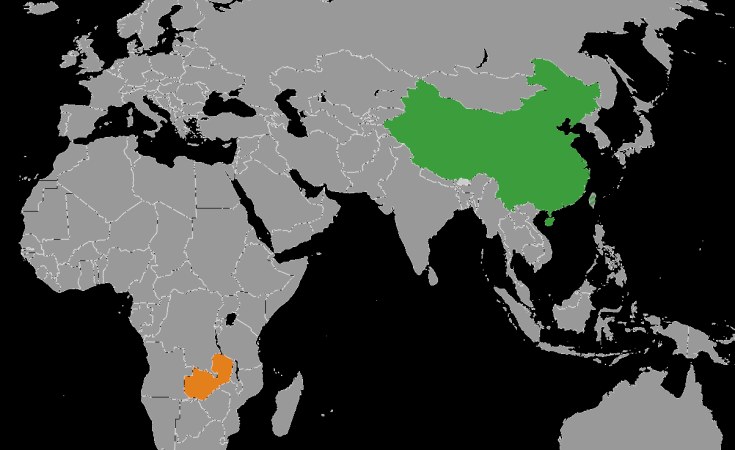 The rise of China in Africa has triggered an ongoing debate about whether Chinese capital is a barrier that entraps African governments in practices that hinder poverty reduction.

The most recent contribution to these debates is a book by a professor of sociology at the University of California, Los Angeles, Ching Kwan Lee. The book is based on Lee's ethnographic study in the copper and construction industries in Zambia. It interrogates Chinese state capital in relation to global private capital.

She argues that the terms frequently used in the discussion about Chinese capital in Africa - such as empire building, colonialism and hegemony - are limiting. They don't allow for the interrogation of the actual behaviour, practices and possibilities of Chinese capital.

How then does Lee help us to re-frame the Chinese narratives in Africa? Rather than focus on migrant entrepreneurs or private companies, Lee argues that the uniqueness of Chinese investment has to do with state capital. And, she argues, China's growing power and influence has been accompanied by misleading

There has hardly been any critical examination of the different sorts of capital traversing Africa, related behaviour, and the actual trends and patterns of foreign direct investment stocks.

Coverage of Chinese presence in Africa has been somewhat misleading. Media as well as policy and academic experts provide inaccurate data about China's expanding investment patterns. For example, they overestimate Chinese loans.

This misleading coverage conceals the fact that Chinese capital is just one instance of capital still contending on the continent. In fact, Chinese capital is far from being the leading source of foreign direct investment. UK and French investment into Africa remain larger.

Lee draws from the negative portrayals of Chinese capital to shed light on the practices in Zambia. She uses three historical frames: the 2008 global financial crisis, policy developments of windfall tax and value addition.

This behaviour of Chinese capital contradicts the extractive nature of western capital. Western capital is driven by a profit motive. It pays little attention to national development goals including labour, taxation and value addition.

Lee also examines the question of Chinese capital from the perspective of African states. She notes that national states have been amenable to Chinese capital under a mandated south-to-south relationship.

As with other African countries, Zambia's resource dependency limits value added products being made from copper and other minerals. But, as Lee shows, cooperation from Chinese capital has helped change this trajectory. She points to the Chambishi Multi-Facility Economic Zone project. This project has involved an investment of more than $900 million and potential to generate about 7,000 local employment opportunities and up to $300 million local procurement contracts.

But there have been problems too. Lee shows that Chinese capital hardly behaves differently in employment practices from those prevailing in the rest of the private sector in Zambia. Subordination and exploitation remain the order of the day.

This shows that key political and economic instruments as well as policies should be strengthened to address the negative social implications of Chinese capital on the continent.

The book's narrative is limited in explaining why Chinese capital remains controversial in Zambia and across Africa. Nor does it sufficiently address why a negative perception of "Chinese investors" persists often alongside the failure of countries to manage natural resources better.

Nevertheless, Lee's book is important because it departs from generalisation to interrogate actual practices of Chinese capital.

Rather than attempts to find strategies to regulate and manage the influence of China on the continent, probably the focus should be on how China's presence can be made to respond more to national and regional development aspirations than is the case currently - a feature for national policy and development actors.

While the battle for political and economic influence between the West and East is playing out across the continent of Africa, the behaviour of capital will greatly influence current and future narratives.

Lee shows that China seems to hit the right note in many countries and in crucial economic sectors. But perils remain in areas such as those related to labour relations.

Currently, however controversial, China appears to have been set apart as a partner of choice. And Lee shows the reasons why.