Botswana: COVID-19 - Border Jumpers a Cause for Concern 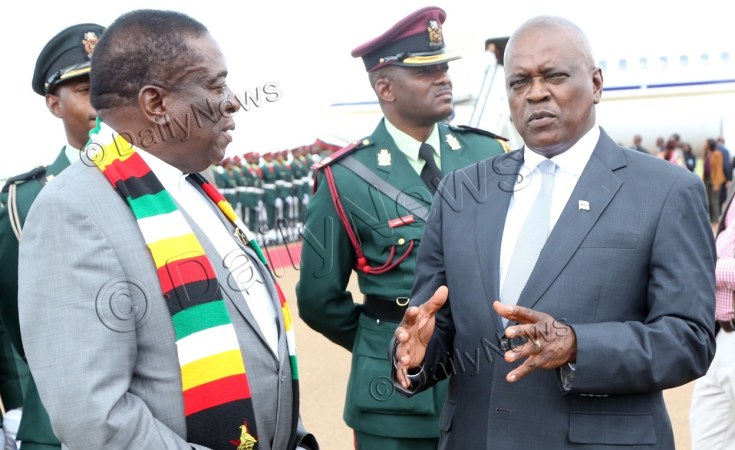 Bobonong — Noticing a government registered vehicle parking in front of Ms Garatane Makgado's yard, 69-year-old Ms Josephine France darts in with the hope of catching a ride to Bobonong.

To her disappointment, the sexagenarian discovers that the vehicle was not immediately heading to Bobonong, owing to the mission its occupants were on.

As Makgado and her visitor devour a watermelon harvested from the yard, we introduce ourselves and our mission, which is to gauge the level of COVID-19 awareness in Mabolwe.

Though aware of the pandemic that broke out in Wuhan, China resulting in some lockdown in some countries across the globe such as Italy but on the whole not adequately informed about the pandemic, the duo's fears are over Junior Certificate and BGSCE due to sit for final examinations towards the end of the year.

However, they commend government for closing schools 'if the magnitude of the viral disease was as explained by health officials'.

Ms France suggests that government, in consultation with parents, devise a plan to ensure students will not be disadvantaged by school closure.

Despite receiving information via radio stations and Btv, the two are not fully aware of the dangers posed by the virus.

"We heard that we must not sit close to each other and that we must wash our hands with soap frequently. We really don't know much about the disease," says Ms Makgado.

She complains that limiting funeral services to two hours will result in bereaved families not getting the consolation they need.

With Zimbabwe having recorded a case of COVID-19, Mr Bareetsang is concerned at the rate of border jumping in the area.

At the border post, health officials conduct screening on all those who report at the facility but because of rampant illegal entry into the country, Mr Bareetsang feels for Botswana Police officers who are usually the first point of contact when suspected border jumpers are caught.

He fears that an untested border jumper might infect police officers arresting him/her, who in turn can infect colleagues at police station as a result affecting policing services.

Mr Bareetsang therefore calls for vigilance as well as adherence to set regulations.

Not only are police officers at risk, but also the general public especially public transport users who might mingle with border jumpers, he says.

For those entering the country legally, Mr Bareetseng says officials screen them before they could be granted entry.

Usually, he explains, the border post handles up to 50 clients a day as Zimbabweans cross into Botswana to buy groceries, building materials and fuel among other things.

Over a 100 km south of Mabolwe is the village of Tsetsebjwe where headman of record Mr Ketlhalefile Gabanamotse is also concerned about border jumpers.

Though praising his subjects for heeding the set precautionary measures, he has a bone to pick with illegal entrants whom he says could be carriers of the virus.

He is worried that some South Africans may sneak into the country and join in harvesting.

He believes his people are ready to tackle the disease though he is worried about alcoholics.

Mr Gabanmoste observes that bar patrons are better informed and observe the precautionary measuresas compared to their shebeen counterparts.

"When they are drunk at the shebeens, these people hardly bother about hygiene," says Mr Gabanamotse.

Another challenge, he says, is with regard to the handshake which Batswana regarded as a warm greeting.

They are therefore struggling to relinquish the gesture, he says.

Tsetsebjwe Primary School pupils tell BOPA of the precautions to take against COVID-19.

The pupils, who moved in groups, at times stopping for games and arguments, talk of avoiding crowding, sharing things and frequent washing of hands with soap.

Since a lot of people use public transport, BOPA visited Bobonong bus rank where buses come from different places such as Francistown via Selebi-Phikwe, Gaborone, Mathathane and Lentswe-le-Moriti.

A combi driver on the Bobonong-Tsetsebjwe route, Mr Lefenya Masudisa is fully aware of the pandemic because he always has his car radio on.

He says although it is difficult, public transport drivers try to avoid handshakes.

Mr Masudisa yearns for masks for drivers and conductors but unfortunately they are not available in Bobonong.

In the meantime they open windows for fresh air circulation.

He notes that he has a duty to inform his clients about the pandemic but says it will be very taxing for him to provide them with sanitizers.

At a disaster management meeting, chief medical officer Dr Enock Mulumba clarifies that everyone coming into Botswana from high risk countries is treated as a suspect case until tests prove otherwise.

He calls for vigilance especially with regard to people running away from high risk areas.

Borders posts between Botswana and South Africa at Platjan, Point's Drift and Zanzibar, all in Bobirwa region, have been closed.

Also closed are airstrips at Zanzibar and Point's Drift.

He says that the District Health Management Team is contemplating limiting the number of visitors at hospital general wards.

In the wake of the outbreak, the health team took to the streets to inform and educate stakeholders about the pandemic.

Deputy district commissioner Ms Angelinah Leano cautioned public officers to be careful about information they shared online, saying 'the information we communicate should be from the right and relevant office'.