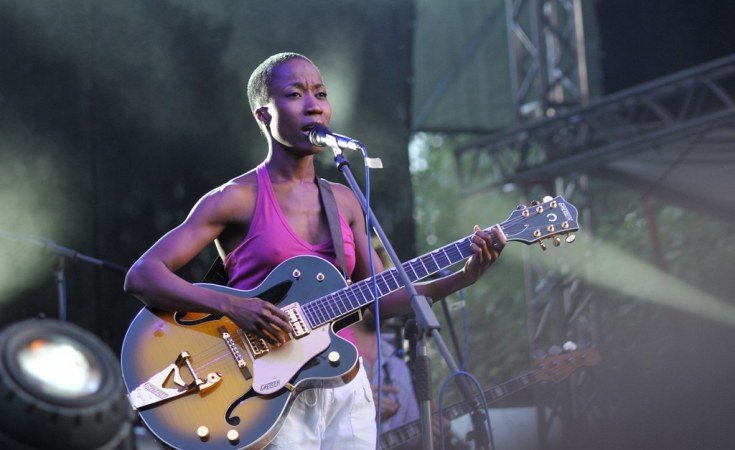 Mali's government has expressed its support for singer Rokia Traore, arrested earlier this week on a Belgian warrant over a child custody dispute with her ex-partner. The Malian artist has since begun a hunger strike in protest.

Rokia Traore was detained as she arrived from Bamako at Paris's Charles De Gaulle airport on Tuesday -- but Mali's government said Saturday said she held a diplomatic passport.

Mali's government "expresses its solidarity with our compatriot", it said in a statement, adding that its diplomatic and consular services had been mobilised to try to resolve the situation.

Traore's lawyer, Kenneth Feliho said the French authorities had ignored this fact when they acted on the Belgian-issued warrant accusing her of kidnapping, sequestration and hostage-taking".

The warrant followed a court ruling against singer and guitarist Traore late last year ordering her to return her five-year-old daughter to her father, who is Belgian.

Traore is appealing the decision of the Belgian court granting full custody to her former partner, said her lawyer.

In a message posted on facebook, the singer explained her reasons for starting a hunger strike on Tuesday.

"I have undertaken this action is so that I will be guaranteed a fair trial in Belgium and to make sure that the European arrest warrant is not unfairly applied."

A court hearing in France is due on Wednesday to examine the request for her extradition to Belgium.

Belgian prosecutors told AFP that the singer is subject to two European arrest warrants: the first issued in October 2019 for having ignored the first Belgian court order.

The second warrant was issued when she failed to honour a commitment she had made in January before a Belgian judge that she would return with the child within a month, according to the prosecutors office.

Meanwhile, Franck Berton, the lawyer for the father of Traore's daughter described Traore's reaction as a media stunt to get out of jail.

"She has wrongly accused her ex-partner of sexual abuse and is just trying to ruin his reputation," he explained.

Away from music, Traore is known for her work for refugees and was made a UN ambassador for refugees in 2016.