Africa: Nakate - African Voices Needed to Save the Planet 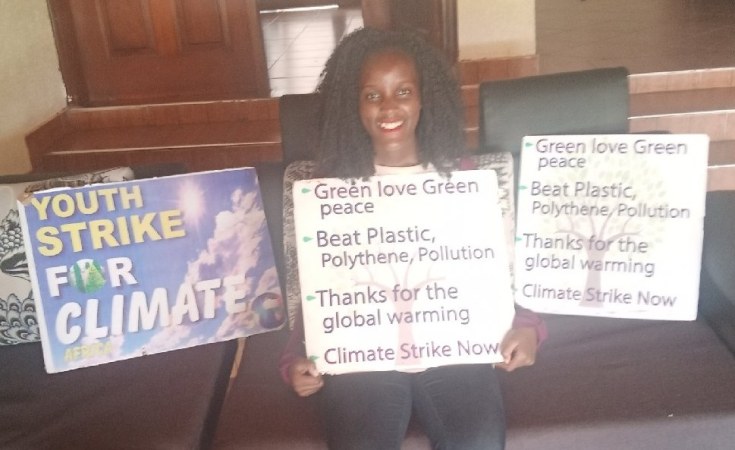 In January, there was a worldwide uproar when the Associated Press published a picture of four young climate activists--Greta Thunberg, Luisa Neubauer, Isabelle Axelsson and Loukina Tille-- right after they had addressed the World Economic Forum in Davos, Switzerland.

The problem was that there were five activists. Ugandan climate activist Vanessa Nakate had been cropped out.

"It really hurt me when I was cropped out of the photo. It was a hard time for me and I was frustrated, disturbed and wondering how things like this still happen, are happening and why it had happened," Nakate recalled.

The international furore, led by Africans online, was so immense that the AP not only changed the photo--while defending themselves against accusations of ill intent and saying the photographer had cropped the photo for composition purposes--but executive editor Sally Buzbee apologised to Nakate, both publicly and in person.

"I accepted AP's apology. I am sceptical about it for the fact that they released photos where I appear only after the complaints," she said.

However, there was a silver lining to all this: It raised awareness and gave prominence to her climate change activism.

"My speaking up changed the story, changed the narrative and gave us, African activists, a chance to be heard by the world, and that climate change effects are here affecting people right now."

Nakate says the incident could be a deliberate effort by Western media to silence voices of activists from marginalised regions of the world.

"I want to believe the media wants to present a climate movement that is led by Western countries. This is wrong."

And the local media is not spared either, for, according to Nakate, "They report on local activists but still use photos of Western activists."

Nakate says the AP incident will not deter her from her environment activism. "I am a climate activist. I have learnt to believe that if you see an injustice and you feel you can use your voice against it then you speak up."

Africa is one of the regions most vulnerable to climate shocks, with frequent droughts and floods cycles.

According to the Intergovernmental Panel on Climate Change, additional warming adds greater risk for Africa in the form of more droughts, as well as longer and more frequent heat waves.

More reason why Nakate says it is important not to erase African voices in climate action conversations.

"For Africa, climate change is not something that is coming in the future. It is already here and affecting people's lives. There are communities that are facing devastating impacts of climate change. Especially those heavily dependent on subsistence agriculture which is rain-fed."

"We are facing extreme floods and droughts on the continent and many people's crops are being destroyed. Agriculture is affected. Many people are left with nothing to eat or sell for their livelihood. Women are affected the most because they are the backbone of rural families."

"Close to the women are children whose lives are disrupted. I read an article about girls given out in marriage after their families lost everything as a result of climate change induced disasters.

"Some children too are forced from their homes to become street children, as their communities are hit by the effects of climate change. So the African voice has a story to tell, a solution to give, and a life to change. That is why it needs to be listened to," she said.

Nakate started her environmental activism in December 2018 after becoming concerned about the unusually high temperatures in Uganda.

Drawing inspiration from Thunberg, Nakate and her brother began to sit outside of the gates of the Parliament of Uganda in Kampala in January 2019 to protest against inaction on the climate crisis.

She later founded the climate action groups "Youth for Future Africa" and the "Rise Up Movement". She and other activists have been protesting once a week at a neighbourhood market in Kampala under the "Fridays for Future" youth protests.

Nakate says the "Rise Up Movement" helps amplify the voices of climate change activists across Africa by taking part in demonstrations and demanding for climate action from world leaders.

"We are present in 10 African countries, and the people in those countries help to mobilise demonstrations and activities to push the message and create awareness about climate change. There are people in Uganda, Kenya, Nigeria, Togo, among others," she said.

In Uganda, one of the projects is installing large institutional energy saving stoves and solar power in schools.

"So far we have handled two schools. We hope that the stoves will help in reducing the amount of firewood used. For example, if a school uses five trucks a term, with this stove it will use two trucks. It also reduces carbon dioxide emissions into the atmosphere. We need to transition to renewable energy, and with this project we want to make solar energy accessible to schools ," she said.

Nakate says she wants to see action to protect the climate.

"Action includes declaring a climate emergency as the first step in tackling the crisis, and stopping investments and activities that increase carbon dioxide emissions in the atmosphere. For example, protecting the existing forest cover while growing it as well, investment in renewal energy, and climate education in schools."

She does not support oil companies mining in Uganda. "Oil will be depleted after a short while. If you have all that money why don't you invest it in renewable energy?"

Nakate has taken part in climate change campaigns across Africa. "I started the campaign for the Congo after someone asked me why Africans were fighting for forests elsewhere, like the Amazon, but not for their own forests in Africa."

In January, Nakate joined around 20 other international youth climate activists to publish a letter to participants at the World Economic Forum in Davos, calling on companies, banks and governments to stop subsidising fossil fuels.

She was among youth activists who spoke at the COP25 gathering in Spain in December 2019. She attended the UN Youth climate summit in New York in September 2019. 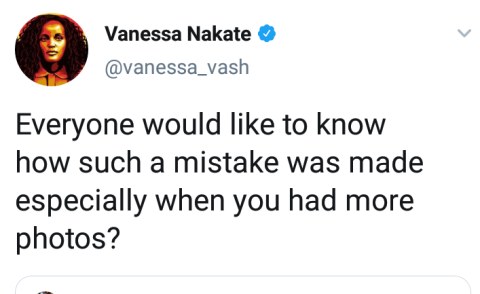 Conflict, Climate Crisis and Covid-19 - A Perfect Storm
Tagged:
Copyright © 2020 The East African. All rights reserved. Distributed by AllAfrica Global Media (allAfrica.com). To contact the copyright holder directly for corrections — or for permission to republish or make other authorized use of this material, click here.