East Africa: Colonial-Era Treaties Are to Blame for the Unresolved Dispute Over Ethiopia's Dam 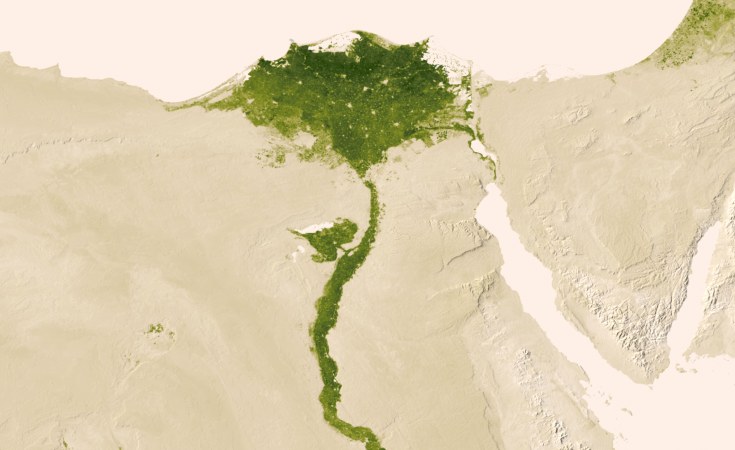 Disputes over the filling and operation of Ethiopia's Grand Ethiopian Renaissance Dam have, once again, threatened security in North-East Africa.

The dam - a huge project on one of the River Nile's main tributaries, the Blue Nile in Ethiopia - is designed to generate 6,000 megawatts of electricity. Its reservoir can hold more than 70 billion cubic metres of water. That's nearly equal to half of the Nile's annual flow. Filling the immense reservoir will diminish the flow of the Nile.

Tensions have been particularly acute between Egypt and Ethiopia because more than 80% of the water reaching Egypt comes from the Blue Nile.

Ethiopia is planning to start filling the reservoir in the coming wet season, July 2020.

Since November 2019, Ethiopia, Sudan, and Egypt have held dozens of trilateral talks - on the filling of the reservoir and operation of the dam - which were supported and attended by the US and the World Bank as "observers." In the latest round of talks, Ethiopia pulled out of the meeting.

Diplomatic spats between Addis Ababa and Cairo are not new. Since the early 1990s, the two countries have held various talks on the Nile but these usually end in a stalemate and the threat of military recourse by Egypt.

Why? Because of the Nile Water Treaties.

During the scramble for Africa, controlling the source of the Nile was a major colonial goal for the British. Various agreements - including the Nile Treaties - where established to do this.

The Nile Water Treaties were agreements between the British (on behalf of its colonies, Sudan, Kenyan, Tanzania and Uganda) and Egypt. They effectively prevent upstream countries from using the Nile's water without the consent of those downstream. This resulted in a strong Egyptian bias and Egypt continues to try to enforce the treaties today.

Things need to change so that the Nile can benefit all in the region. For instance, Ethiopia has not been able to use the Nile and has relied on rain-fed agriculture which leaves millions of Ethiopians vulnerable to hunger.

Based on my research which looks into how the status quo can be changed, I believe that getting rid of the Nile Water Treaties is necessary to resolve the disputes over the Nile's waters and find an amicable way forward in the dam negotiations.

The 1902 Anglo-Ethiopian Treaty was an agreement between Great Britain, on behalf of Sudan (under British rule), and Ethiopia. Although the main purpose of the treaty was to determine the boundary between Ethiopia and Sudan, Ethiopia undertook "not to construct or allow to be constructed, any work across the Blue Nile, Lake Tana, or the Sobat, which would arrest the flow of their waters into the Nile except in agreement with His Britannic Majesty's Government of the Sudan."

The 1929 Anglo-Egyptian Treaty is a bilateral treaty between Egypt and Britain, representing Sudan and its East African colonies (Kenya, Uganda, and Tanganyika). The Treaty recognised the historical and natural rights of Egypt and gave Egypt veto power over any construction projects along the Nile and its tributaries.

In addition to this, a Treaty in 1959 allocated the bulk of the Nile's waters to Egypt, 55.5 billion cubic meters (BCM) (or 66%) of the rivers total 84 BCM water flow. Sudan was allocated 18.5 BCM (22%) and the rest, 10 BCM (12%), was left for evaporation. The treaty did not recognise the rights of upstream countries, including Ethiopia whose territory contributes more than 85% of the Nile.

The fate of these Nile Water Treaties has been the main sticking point in negotiations. Upstream states believe a new agreement must replace the Treaties, whereas Egypt insists that any agreement must recognise the treaties and that they continue to be binding.

Upon independence, Britain's former East African colonies rejected the validity of the Nile Water Treaties, arguing that they were not party to them because they had no role in the formation and conclusion of those treaties.

Ethiopia asserts that there is no legal ground to stop Addis Ababa from equitably using the Nile waters. The obligation imposed in the 1902 Anglo- Ethiopian Treaty does not prohibit Ethiopia from using the Nile waters, even without the consent of Britain (now Sudan). But, what is prohibited is total blockage of the entire flow of the Nile water.

In addition, since Ethiopia did not sign or accede to the other Nile Water Treaties, Ethiopia isn't legally bound to them.

The current legal instruments being used to challenge Egypt's hegemony are the Nile River Basin Cooperative Framework (CFA) - negotiated between 10 Nile basin countries to prepare a basin-wide legal framework to regulate the use and management of the Nile River - and the Agreement on Declaration of Principles on Ethiopia's Grand Ethiopian Renaissance Dam (DOP). But these currently don't change the status quo.

The Declaration of Principles - signed in 2015 between Egypt, Sudan, and Ethiopia - reiterated that the Nile's water should be shared equitably but doesn't mention the treaties. As for the Cooperative Framework, Egypt refused to sign it because it has the potential of abrogating the Nile Water Treaties.

There are three possible ways that the Nile treaties can be removed: negotiation, mediation and judicial intervention.

Negotiation through a basin-wide agreement. At the moment this would be the Cooperative Framework Agreement if Egypt and Sudan accede to it. To win Cairo and Khartoum's support, Ethiopia must concede that the filling of Grand Ethiopian Renaissance Dam and operation of all dams will be managed by a new Nile Basin Commission, envisaged in the agreement.

Mediation needs to be facilitated by neutral parties - external parties (such as the US and World Bank) have been and will continue to be biased towards Egypt because of its geopolitical advantages. Organs like the African Union and Nile Basin Initiative should be more involved.

Judicial intervention, by the International Court of Justice, can be used to abrogate the Nile Water Treaties.

In the meantime, it is crucial that Ethiopia make it abundantly clear that it will and should use the Nile waters for consumptive purposes, including irrigation, and that the scope of the forthcoming treaty should be restricted to the Dam.