Africa: UN Aid Chief On Coronavirus - 'No One Is Safe Until Everyone Is Safe' 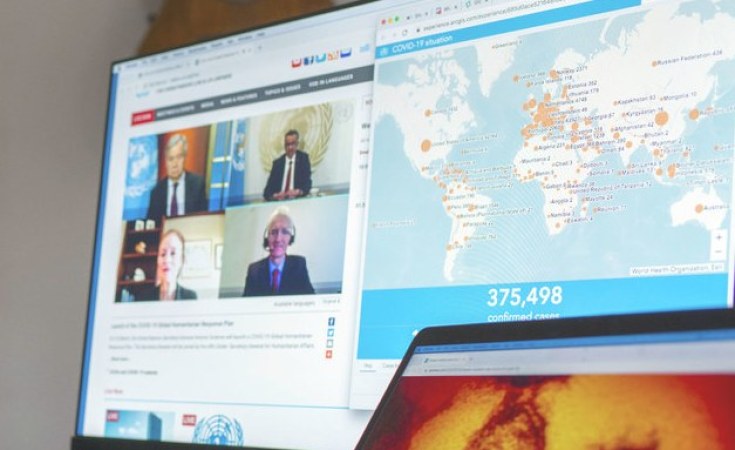 The United Nations on Wednesday launched a $2 billion plan to fight coronavirus in vulnerable countries and stop it circling the globe, saying nobody was safe if the poorest were left exposed.

The virus - which began in China and spread fast through Europe - is now penetrating Africa, Asia and Latin America, hitting countries that already face humanitarian crisis because of conflict, natural disasters and climate change.

Experts fear the virus could tip them over a new edge, hence the global appeal announced on Wednesday and a warning to the world that nobody was free from danger.

"Unless the disease is dealt with in these places as well, the virus is just going to keep circulating, so nobody will be safe until everybody is safe," the body's humanitarian chief told the Thomson Reuters Foundation.

The humanitarian response plan, set to run until the end of 2020, will be implemented by U.N. agencies, with international and local aid groups also playing a direct role in supplying everything from test kits to sanitation stations.

The Thomson Reuters Foundation spoke with Mark Lowcock, the U.N. aid chief, about the push to keep developing nations safe against a fast-spreading pandemic that has killed more than 19,000 people.

Why is the plan needed, and what are the main aims?

The virus... (is) spreading everywhere but although there are small numbers of cases in many more fragile and weaker countries, the likelihood is that will grow quite quickly and quite dramatically, and so what we're doing is launching a $2 billion appeal to help the 40 or so most vulnerable countries which already have huge humanitarian needs.

The objective is to deal with the immediate humanitarian consequences of the pandemic, so what we'll be doing is delivering essential kit like lab equipment to test (for) the virus and medical supplies.

We'll be installing hand-washing stations in camps and settlements, we'll be launching public information campaigns on how people in these very vulnerable countries can protect themselves. We'll also be establishing air bridges and hubs for supplies across Africa, Asia and Latin America so that we can move humanitarian workers and supplies to where they are needed most.

This is on top of ongoing humanitarian assistance - we spent $18 billion last year in this group of 40 countries, we reached more than 100 million people and saved millions of lives. But those lives are now threatened by COVID, and unless the disease is dealt with in these places as well, the virus is just going to keep circulating, so nobody will be safe until everybody is safe.

Do you fear the coronavirus will cause health crises with high levels of mortality in these vulnerable countries?

That is what we are trying to stave off. Millions of people are vulnerable, and (we are) trying to improve the ability of those countries to manage it as they best they can.

We have had successful programmes to deal with epidemics in other places - we are getting close now to finishing our campaign against the latest Ebola outbreak in the Democratic Republic of Congo; we defeated Ebola in West Africa; we immunise millions of children each year to protect them from measles.

There are things we can do - this is a big challenge, but unless we start to get to grips with it in most places, we will be dealing with it permanently.

Do you anticipate problems in understanding the extent of infections in these countries with poor health systems?

That's going to be an absolutely huge challenge because what we are talking about is places with very weak systems, with very few facilities, very few doctors and nurses, very few supplies... But we're going to try to make a start on dealing with it with this appeal and then build on the appeal further.

The countries that will struggle the most are the ones which haven't had much of (the virus) yet but will probably have the biggest problems - and those are the 40 or so countries - Syria, Yemen, Afghanistan, Somalia and Venezuela - all those countries with the biggest ongoing humanitarian challenges which have the weakest systems and the least capacity.

I think the conflict-affected countries will be very, very vulnerable - that's one of the reasons why we (have) called for a global ceasefire. And of course some of those (African) countries are also the ones where (desert) locusts are a threat.

Is this global humanitarian response plan being launched in time or is it behind the curve?

I think the whole world is behind the curve (although) some countries have been relatively successful in their efforts to contain the virus so far, it appears - China, South Korea and Singapore.

Obviously a country needs to focus first on its own systems and its own needs, but it is going to be a smart strategy for every country to give at least a little bit to other countries because no one is safe until everyone is safe.

Dealing with (the pandemic) requires keeping going with the existing humanitarian assistance as well, because if those countries find they have got malnourished people or more people with other diseases, or more problems with safe water, they're going to be even more vulnerable to COVID-19. That will pose a threat not just to them, but to everybody else on the planet.

We're determined to do everything we can; it's going to be a huge challenge, but we need to start now and scale up, and be ready for the long haul.

(Reporting by Megan Rowling; Editing by Lyndsay Griffiths. The Thomson Reuters Foundation is the charitable arm of Thomson Reuters, and covers the lives of people around the world who struggle to live freely or fairly. Visit http://news.trust.org)

Letter From the Secretary-General to G-20 Members