Stella Vuzo/UN News
Shoppers at a mall in Dar es Salaam as new measures are being implemented following the announcement of novel coronavirus cases in the country (file photo).
The New Times (Kigali)
By Emmanuel Ntirenganya

The Ministry of Agriculture and Animal Resources has issued instructions aimed at helping farmers get needed services amid the coronavirus lockdown.

"Essential services continue to be delivered so that food chain is not disrupted," a statement signed by Gerardine Mukeshimana, Minister of Agriculture and Animal Resources reads in part.

Those services include veterinary pharmacies, livestock feeds, fertilisers, harvesting, transportation and trading of farm produce, agriculture extension services, and agro-processing, as well as the marketing of processed foods and beverages.

However, the statement underscored that people engaged in such activities should respect the recommended hygiene by effectively washing their hands regularly with water and soap, and keep at least one-metre distance between a person and another so as to prevent the probable spread of COVID-19.

Speaking to The New Times, Jean Damascène Gasarabwe, Director-General of Kitabi Tea Company - a subsidiary of Rwanda Mountain Tea Company - said that they have started implementing the ministerial instructions as they keep tea farming and processing running.

"Tea crop is delicate, if it is not harvested or processed on time in a factory, its quality is impaired," Gasarabwe said.

Producing more, and preventing the spread of the virus

Gasarabwe said that the company put in place tippy taps locally known as kandagira ukarabe - hands-free tool for handwashing, in a bid to ensure hygiene both in tea harvesting and processing as well as protect workers and consumers.

"We are also monitoring to ensure that the recommended one metre-plus distance between one worker and another is observed," he said.

In this regard, he said that the company has reduced the number of workers on its 790 hectares of tea plantations, and at its factory from an estimated 2,000 to 900 per day.

"We use fewer workers, which implies that the working time increases in order to achieve the same results as before," he said.

Last year, 2019, Gasarabwe said that the factory produced more than 2,657 tonnes of made (processed) tea, while it targets 3,115 tonnes of made tea this year.

Joseph Gafaranga, farmer and Secretary-General of Imbaraga Farmers Organization told The New Times that farming activities are underway, but expressed that there were some changes brought about by the lockdown.

"Harvesting crops takes more time than before, and marketing products is slow because few workers are employed in order to minimise contact and buyers are exercising caution in reaching farmers over fears of catching the virus," he said.

Currently, he said, crops such as potatoes and vegetables such as cabbages, carrots, tomatoes, onions and pumpkins are being harvested, while the beans and maize harvesting period is over.

Patrick Karangwa, Rwanda Agriculture Board (RAB) Director-General, said subsidised fertilisers and seeds are already available at agro-dealers in various parts of the country where farmers can buy them from.

"We want farmers to optimise farm productivity so as to get more yields," he said.

More about the ministerial instructions

Though the instructions state that veterinary pharmacies will continue to operate, the managers of such pharmacies, as well as large scale farmers who need to buy veterinary drugs in cities or different provinces of the country have to request permission from the leadership of their respective sectors.

Fertiliser warehouses and selling points will continue to work countrywide in a bid to help farmers access fertilisers; and the same applies to quality seeds in order to increase farm productivity.

Big factories, cooperatives which have large farms and already employ many workers, especially those owning tea and coffee, sugar, milk, rice, and flour factories, are requested to retain a few workers who can sustain the farm and factory activities.

Factories licensed to make animal feeds were requested to develop a plan to employ few workers who are needed so that feeds continue to be produced and are available to districts across the country where farmers can buy them.

The statement pointed out that retained factory employees should get letters from their employer which they can present to local government leaders or security organs.

For factories which need to buy ingredients from Kigali to make animal feed are required to request travel authorisation from the leadership of the district in which the factory is located.

Previous Story
Draw On Lessons From Ebola and Beware of the Implications of a Total Lock-Down!
Next Story

Draw On Lessons From Ebola and Beware of the Implications of a Total Lock-Down! 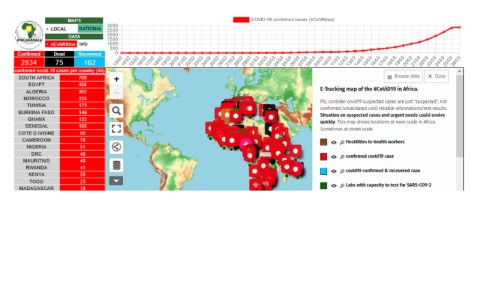 As COVID-19 Pandemic Rages, Women and Girls Are Even More At Risk
Tagged:
Copyright © 2020 The New Times. All rights reserved. Distributed by AllAfrica Global Media (allAfrica.com). To contact the copyright holder directly for corrections — or for permission to republish or make other authorized use of this material, click here.