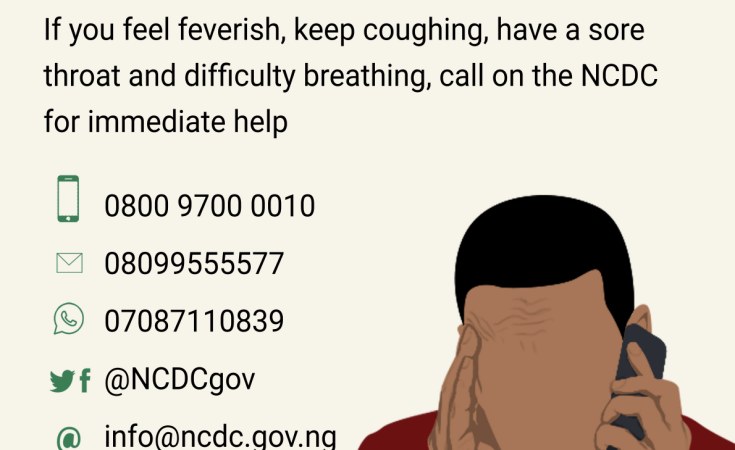 Abuja — The presidency disclosed Thursday night that the federal government had released N10 billion requested by the Lagos State Government to contain the spread of COVID-19 in the state.

The presidency which said the release were made in prompt response to the state's request within two days, also said the government promptly approved and released another N5 billion to the Nigeria Centre for Disease Control (NCDC) to fight the disease.

It equally said the federal government had approved NCDC's request for the release of a presidential jet for the evacuation of critical cases and also bring some staff of the NCDC stranded in Congo Brazzaville where they had gone for training.

These disclosures were contained in a statement released Thursday night by the Senior Special Assistant to the President on Media and Publicity, Malam Garba Shehu.

"With regard to the request by the government of Lagos State for financial support to combat and contain the spread of the COVID-19 virus in Lagos and Nigeria, the President has already approved the sum of N10 billion which release was effected within two days of the request.

"The President has also approved and ensured the prompt release of N5 billion special intervention requested by the Nigeria Centre for Disease Control (NCDC) to equip and expand their facilities and laboratories.

"In the same vein, the President has given approval to NCDC's request for an aircraft from the Presidential Air Fleet for emergency situations. He has furthermore authorized the evacuation of three critical members of the NCDC team who are stuck in Brazzaville, Republic of Congo where they went for a training organsied by the World Health Organisation (WHO)," the statement said in part.

According to the statement, the above measures were taken in addition to other decisions taken by the Presidential Task Force on COVID-19 to combat the spread of the disease.

Shehu then proceeded to highlight other measures earlier taken by both the federal government and the presidential task force in the bid to fight the disease including the closure of land borders, stay at home order to civil servants and the suspension of the Federal Executive Council (FEC) and the National Executive Council (NEC).

Buhari to Nigerians - I'm Working to Ensure Your Safety

COVID-19 - Nigeria Tightens Rules for Offshore Oil Workers
Tagged:
Copyright © 2020 This Day. All rights reserved. Distributed by AllAfrica Global Media (allAfrica.com). To contact the copyright holder directly for corrections — or for permission to republish or make other authorized use of this material, click here.