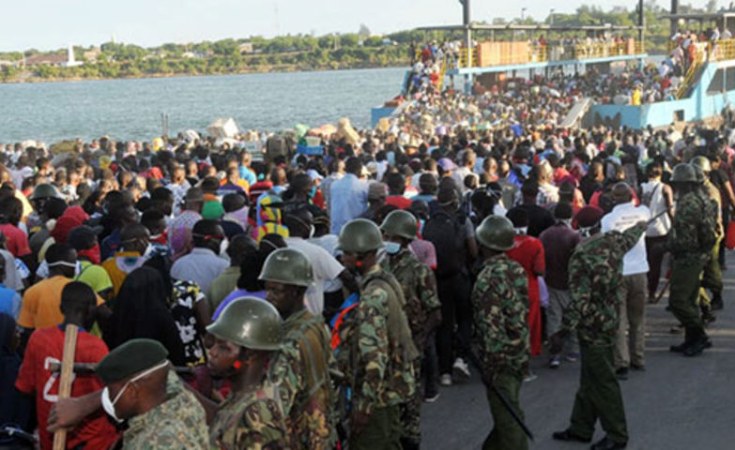 Hundreds of commuters hurled stones at police officers who were at the channel to implement the order.

During the Thursday evening chaotic scene, several people were injured in a stampede.

Kenya Red Cross personnel arrived at the scene and took some of the victims to hospital.

Following the incident, there was a traffic snarl-up on the island side.

The chaos erupted hours after Coast Regional Commissioner John Elungata announced that police will ensure social distancing is observed by pedestrians on ferries.

Mr Elungata said commuters will queue at the waiting bay and observe and stand at least a metre away from each other.

One ferry can carry up to 1,400 people per trip, but during the social distancing demonstration on Thursday not more than 300 people were allowed to board.

Kenyan Navy Posts Robots to Find Car That Sank Into Indian Ocean
Tagged:
Copyright © 2020 The Nation. All rights reserved. Distributed by AllAfrica Global Media (allAfrica.com). To contact the copyright holder directly for corrections — or for permission to republish or make other authorized use of this material, click here.