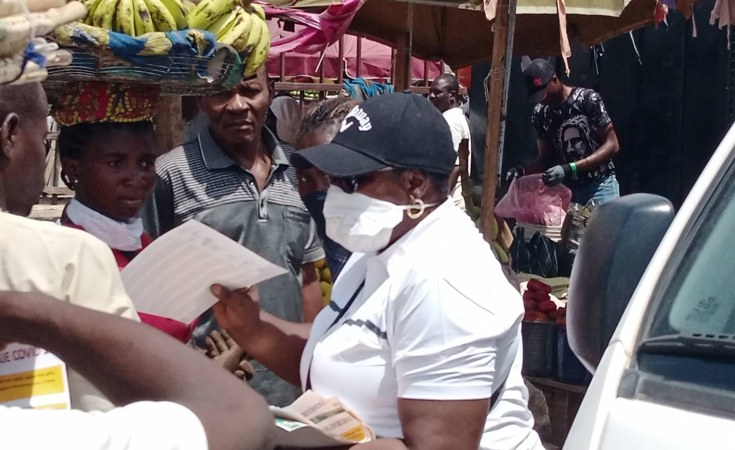 Some workers of the National Hospital in Abuja have kicked against moves by the management to convert a ward at the facility to an isolation centre for coronavirus patients.

At least three senior doctors at the hospital have carried out an inspection of the male and female ward as they prepared to convert it into a treatment unit for COVID-19 patients, multiple sources told PREMIUM TIMES on Saturday.

“The chief medical director with some doctors at the infectious disease unit just mapped out the male and female medical ward for isolation,” a medical doctor at the hospital told PREMIUM TIMES.

The doctor said the ward should not be converted because of its proximity to the children’s ward.

“It is directly opposite the children’s ward and we are very afraid of the children could be put in danger,” the doctor said, speaking under anonymity to avoid being targeted for disclosing internal hospital arrangements.

“The ventilation here is very bad,” the doctor said.

Another doctor who also protested the moves, told PREMIUM TIMES that the management should have asked the NCDC to move COVID-19 patients to other isolated facilities across Abuja.

“We have a national stadium here, the Eagle Square and even the cancer centre that was suggested by Atiku the other day,” the doctor said. “They have started using a stadium in Lagos.”

The doctors said the “hasty and dangerous” decision may not be unconnected with the resources that were recently made available to the NCDC to combat the virus, although they heard it was because the facility in Gwagwalada that has been taken COVID-19 patients was nearly filled to capacity.

The doctors said they had not officially filed a complaint about the decision, but warned that the hospital could become mired in crisis if it was not rescinded forthwith.

A spokesperson for the hospital, Tayo Haastrup, did not return calls and emails seeking comment Saturday afternoon. Two doctors, said to be in support of the plan, Osi Ogbu and O.A. Falodun, also did not comment.

While Ms Ogbu said enquiries should be directed to her superiors, Mr Falodun said he was busy and could not speak on the matter.

Chikwe Ihekweazu, NCDC chief, did not return request for comments about the brewing dispute at the National Hospital.

Abuja currently has 14 of Nigeria’s 81 cases as of Saturday morning. The nation’s capital follows Lagos, which has 52, in the number of confirmed cases in Nigeria.

Nigerians Groan as Lockdown in Some States Takes Toll
Tagged:
Copyright © 2020 Premium Times. All rights reserved. Distributed by AllAfrica Global Media (allAfrica.com). To contact the copyright holder directly for corrections — or for permission to republish or make other authorized use of this material, click here.