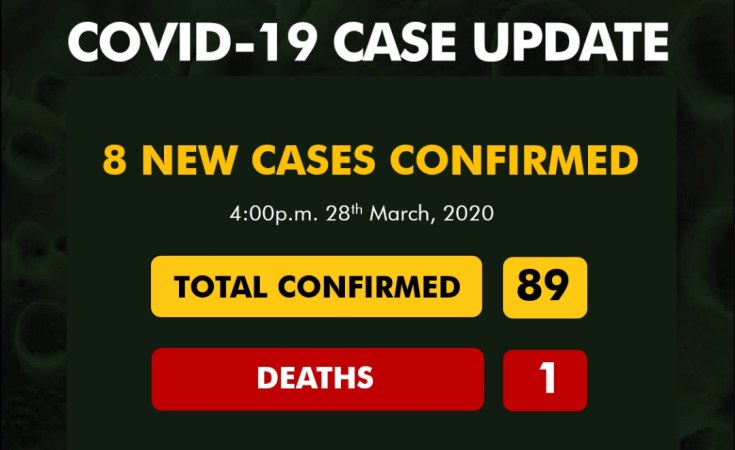 Benue State has recorded its first confirmed case of Covid-19, the Nigeria Centre for Disease Control has announced.

The new cases raised the total number of confirmed infections in Nigeria to 89.

Nigeria has only recorded on death from the outbreak since it started.

The number of cases in Nigeria has been soaring in the past few days since the first confirmation in February.

Since then, the country has intensified effort to trace those who might have been exposed to virus from infected people.

Previous Story
Responding to the Covid-19 Pandemic
Next Story
'Lagos' COVID-19 Cases May Rise to 39,000'

Responding to the Covid-19 Pandemic

Nigerians Groan as Lockdown in Some States Takes Toll
Tagged:
Copyright © 2020 Premium Times. All rights reserved. Distributed by AllAfrica Global Media (allAfrica.com). To contact the copyright holder directly for corrections — or for permission to republish or make other authorized use of this material, click here.