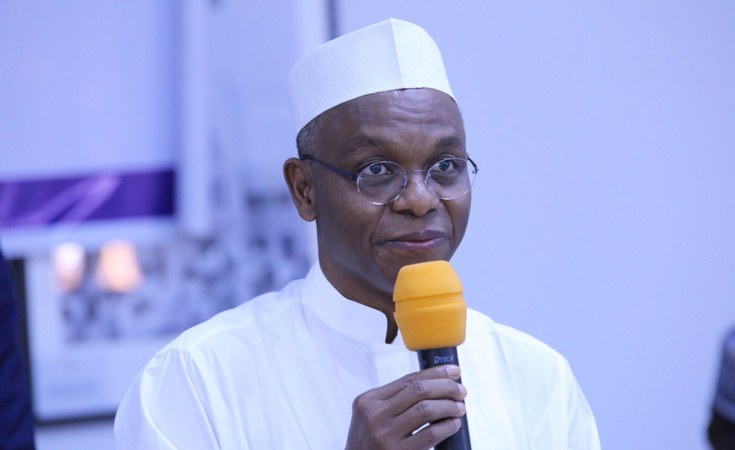 Kaduna — There was shock and confusion among cabinet members of the Kaduna State following the announcement by the Governor, Malam Nasir El-Rufai on Saturday, that the result of the test he took for COVID-19 had returned positive.

Daily Trust reports that El-Rufai's announcement had sent shivers to some members of his cabinet especially those who worked closely with him in the last one week, as they were not even aware that he took the test.

Informants from Sir Kashim Ibrahim House notified Daily Trust that some members of the cabinet had also gone into partial self-isolation since the announcement, while the governor's Chief of Staff, Mohammed Sani Dattijo who is usually in close contact with him has been tested and his result returned negative.

The wife of the governor, Hajiya Hadiza Isma El-Rufai has also disclosed through her twitter account that her sample would be taken for test on Sunday and thanked Nigerians for their prayers and good wishes for the governor.

There were reports that the Deputy Governor of the State, Dr. Hadiza Balarabe, and the Secretary to the State Government, Balarabe Lawal Abbas will also be tested.

Daily Trust reports that even though El-Rufai has not traveled out of the country in the last one month and was not at the meeting of the APC governors with President Buhari on March 16, 2020, he was at the National Economic Council (NEC) meeting in Abuja on March 19 where he met with fellow state governors including Bala Mohammed of Bauchi who earlier tested positive to the virus.

Will Nigeria's Lockdown Be Extended as COVID-19 Cases Rise?
Tagged:
Copyright © 2020 Daily Trust. All rights reserved. Distributed by AllAfrica Global Media (allAfrica.com). To contact the copyright holder directly for corrections — or for permission to republish or make other authorized use of this material, click here.