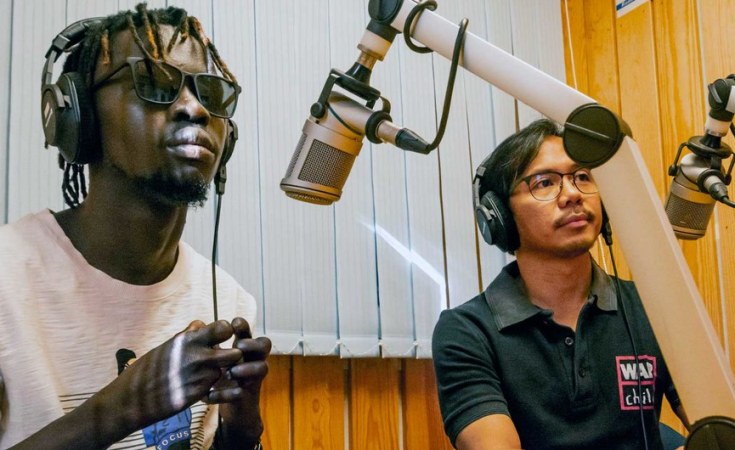 Sudan has seen a small handful of coronavirus cases so far, and only one death. But health authorities are concerned because large numbers of people have either escaped quarantine or are refusing to quarantine altogether.

Two weeks have passed since authorities in Sudan confirmed the country's first case of COVID-19.

So far, the country has avoided the epidemics seen in Italy, the United States and China.

But health officials are worried, because many people who were possibly exposed to the coronavirus are not cooperating with quarantine efforts.

In one incident, doctors and witnesses said some 300 people left quarantine at the Universal Hospital in Khartoum last week.

In another, four bus passengers left an isolation center near the border with Egypt.

Alfatih Osman, the director of the Ministry of Health, says quarantining can stop the spread of the coronavirus, if it is properly carried out.

"It is one of the most important procedures that we will execute.  It's generally proven that any health system can't respond to the number of the infected people, if people don't commit to the quarantine.  We can't face the medical needs of the possibly infected people and patients," Osman said.

So far, Africa has seen fewer than 1,000 confirmed case of COVID-19, but global public health experts are concerned about the potential for a wider spread on the continent.

The World Health Organization has listed Sudan as a risk for a pandemic spread due to a lack of preparatory procedures and health facilities.

In Khartoum, a group of doctors has launched a public campaign to raise awareness of the virus and the steps people must take to avoid infection.

Doctors are distributing free hand sanitizers and soap, and giving out information on social media and in cars with loudspeakers.

Abeer Dirar, one of the organizers behind the campaign, says as volunteers in defeating the spread of the coronavirus pandemic, they pay attention to the importance of the quarantine to stop the spread in Sudan. She said the country does not have the logistics to face this disease -- there are not enough ICU beds, because of the cumulative destruction of the health system over 30 years.

But local reports say Sudan has only 80 ICU units in both the public and private sector.

About 150 Sudanese students arrived early Friday from the United Arab Emirates after been evacuated from Wuhan province in China, the original epicenter of the pandemic.

The students, who were quarantined for three weeks in China, refused to be quarantined any longer and held a sit-in at the airport, saying they had already tested negative for the virus.

The Ministry of Health allowed them to return to their homes. But critics say if any of them are carrying the virus, they could put Sudan's health system in a dire situation.

COVID-19 Compromises Social Networks. What This Means for People in Crises