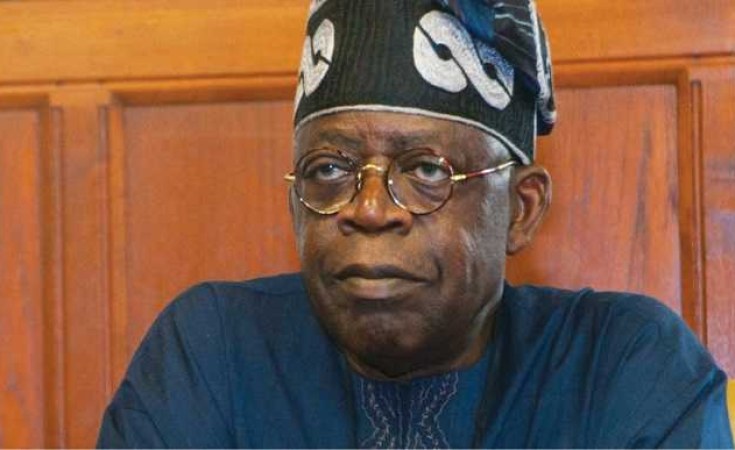 Lagos — National Leader of the All Progressives Congress, APC, Asiwaju Bola Tinubu, yesterday, donated N200 million as part of efforts in fighting the scourge of coronavirus.

Tinubu, who made this known on his Twitter handle, while announcing the suspension of this year's Bola Tinubu Colloquium, said the donation was made to the Lagos State government and the Nigeria Centre for Disease Control, NCDC.

The former governor said: "Today, but for COVID-19 we would, as we have done for the last 12 years, have celebrated this day with the Bola Tinubu Colloquium. We could not do so this year but by God's grace, we will do so again.

"The circumstances this year prevented us from gathering together to celebrate my birthday but I would still like to mark the occasion.

"That is why I have chosen today to announce that I will be making a donation of N200 million to fight this deadly virus. Pursuant to this pledge, N100 million will be made available to the government of Lagos State and another N100 million to the NCDC to support their efforts in fighting the scourge of COVID-19. Together, we will overcome this disease."

The group, in a statement by its President, Mr. Emmanuel Umohinyiang on the 68th birthday of the national leader of the APC, noted that Tinubu has demonstrated unparalleled loyalty to peace and progress of the nation, even at the risk of his life.

The statement reads "We join millions of Nigerians especially all lovers of democracy, across the globe in wishing Asiwaju Bola Tinubu, a trojan of our democratic struggle a happy 68th birthday.

"That Tinubu has clearly shown that he is committed to democratic struggle was not too late to identify after joining forces with the likes of Gani Fawehinmi, Balarabe Musa, Beko Ransom Kuti, Femi Falana, Baba Adesanya, Gen. Alani Akinrinade and many others during the NADECO era.

"He took the struggle to a higher height as Governor of Lagos State as he catapulted the state to the path of the progress and development has now been witnessed in the state.

"His intermittent interventions in the crisis in the APC is worthy of commendation, as this is what has made the party stay afloat thus far.

"This is not unexpected as the APC prides itself has a vehicle committed to taking Nigeria to the promised land, after sixteen wasted years of the Peoples Democratic Party, PDP.

"Even with all these successes, he remains his humble self, accessible to all who are desirous of a better Nigeria that all of us will be proud of it."