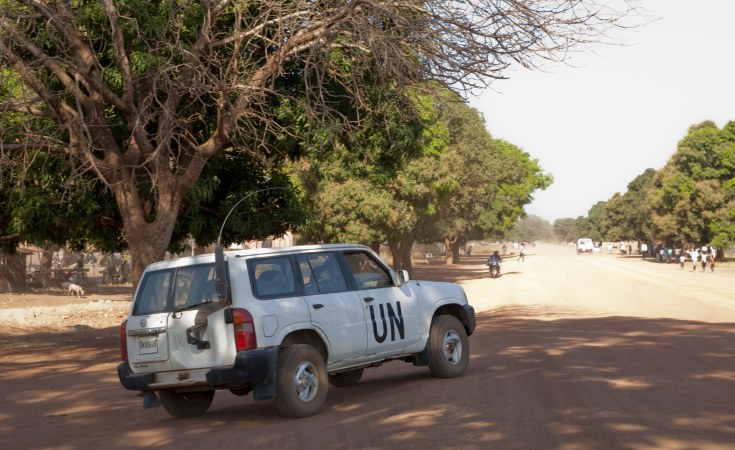 The move targeting China, South Korea, India, Nepal and Cambodia was clearly aimed at preventing the spread of COVID-19. Between them, these five countries contribute a third of approximately 16,492 peacekeeping staff currently deployed with the United Nations Mission in South Sudan.

The courteous yet authoritative approach from one general to the other appears to have served the purpose effectively. A chartered flight arranged by the UN scheduled for 8 March from Nepal was reportedly stopped until further notice. The flight was intended to relieve peacekeepers finishing their assignment with the UN mission.

In the midst of the COVID-19 pandemic, the level-headed communiqué by the South Sudanese General seems fair. But it is important to consider the appropriateness of the action itself. The decision will have an immediate effect on the mission and the UN's broader peacekeeping capacity. More importantly, there are likely to be implications for long-term peace and stability in South Sudan.

A recent independent evaluation reveals that hundreds of thousands of civilians were safeguarded by the mission when conflict broke out in 2013. Apart from helping to restrain the warring factions and preventing serious human rights abuses, the mission also helped broker localised ceasefires.

Rather than the overture by General Makol, South Sudan's permanent mission to the UN in New York should have been used to make the request. Alternatively, the Special Representative of the Sudan mission's Secretary General could have been summoned, not the Force Commander. This is because the authority of the Force Commander only extends to command and control of the troops once deployed to the mission, and nothing more.

The gesture exposes the overbearing influence of the military over everyday affairs in South Sudan, and the powers of the generals. Former commanders of Sudan People's Liberation Army have been interchangeably appointed as generals of the South Sudan Defence Force, as state governors and as ministers in the government. Relentless cycles of political violence fuelled by heavy proliferation of weapons and militant groups has been the major hindrance to peace and stability in South Sudan.

If the stalled troop rotation is prolonged, it is going to cause severe fatigue among the troops overdue for replacement. The majority of the countries that contribute troops and police rotate their peacekeepers after a 12-month tenure of duty. Troop fatigue will affect the ability of the peacekeeping operation to conduct its daily business. Considering that the situation in South Sudan is still fragile, this is a big concern.

Any level of prejudice imposed on the scheduled troop rotation will disrupt the capacity of the United Nations to deploy uniformed peacekeepers. Countries in Africa and Asia provide the majority of UN peacekeepers, and Nepal and India are the fourth and fifth largest contributors. Already, other countries such as the Democratic Republic of Congo are following South Sudan's lead by suspending foreign peacekeeping operations. Very soon, the UN could be facing a severe shortage of peacekeepers to rotate and keep the operations afloat.

Without its peacekeepers, the UN peacekeeping mission in South Sudan will have difficulty in safeguarding almost 190,000 civilians currently seeking refuge in the camps across the country.

South Sudan only recently achieved 11th-hour progress on a revitalised peace agreement signed in September 2018. As part of the deal, Riek Machar was sworn in in February as the first of five vice-presidents to President Salva Kiir. But with the integration of former fighting forces yet to be achieved, the security situation in South Sudan remains fragile. The collapse of previous peace arrangements and relapse of conflict in July 2015 remain fresh in people's memories.

Against such a backdrop, the presence of UN peacekeepers is crucial. Up until the formation of a credible national army, South Sudan cannot do away with a UN peacekeeping force.

From independence until the outbreak of hostilities in 2013, the government of South Sudan relied on the support of the peacekeeping mission. The mission helped build capacity of local government officials, coordinate development assistance and provide critical logistics backup.

The best course of action for South Sudan would be to resume the rotation by placing the incoming peacekeepers in effective quarantine prior to their deployment. In this way, the influx of COVID-19 through peacekeepers can be prevented. South Sudan will need the UN peacekeeping operation for the foreseeable future. Troop rotation is therefore a must for sustaining the day to day running of the mission.

Dealing With COVID-19 in Conflict Zones Needs a Different Approach

UN Launches Plan to Address Global COVID-19 Devastation
Tagged:
Copyright © 2020 The Conversation Africa. All rights reserved. Distributed by AllAfrica Global Media (allAfrica.com). To contact the copyright holder directly for corrections — or for permission to republish or make other authorized use of this material, click here.