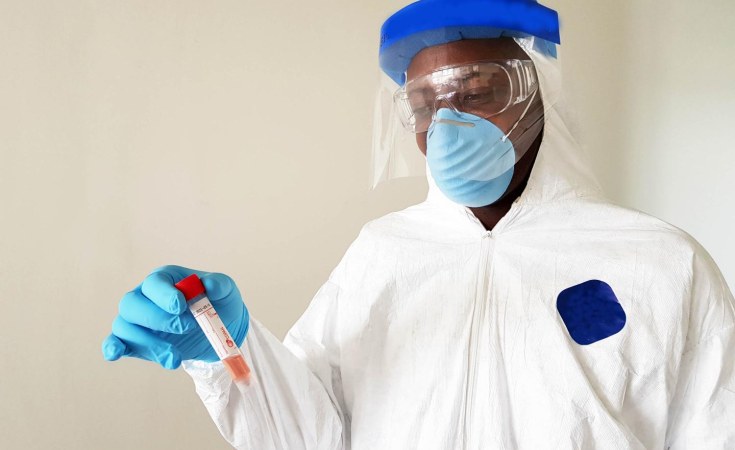 12 former African leaders, including former Nigerian president, Olusegun Obasanjo, have called for an emergency plan to combat the COVID-19 onslaught in Africa at a continental or regional level.

The former leaders made the appeal in a four-paragraph statement, titled: APPEAL FOR PREPARATION FOR AFRICA TO CONFRONT THE ONSLAUGHT OF COVID-19.

The statement was signed by Mr Obasanjo and the 11 other former leaders and made available to journalists on Tuesday.through Mr Obasanjo's media aide, Kehinde Akinyemi,

They warned that "with porous borders all over Africa, national efforts will not be enough" to combat the pandemic.

They called on the African Union (AU), United Nations (UN), World Health Organisation (WHO), World Bank and G-20 to urgently develop the plan to moderate the social and economic effects of the pandemic on Africa.

Read the statement in full:

In the almost four months of the outbreak of COVID-19, we have seen the mitigation effect or otherwise by the preparatory and preventive actions made by different nations and international organisations to combat the killer virus. The results have been related to seriousness of preparation and preventive measures taken including the level of healthcare measures and delivery.

The epidemiological progression in already affected areas has indicated that the worst case is yet to occur in Africa. Taking into account the weak healthcare bases in Africa, the conurbation, and the communal living of our people particularly in ghettos and poverty-stricken areas of our cities, the outbreak of COVID-19 in these areas of African communities and cities will be a monumental disaster. Serious measures have to be taken for containment and for addressing any national epidemic.

We, as concerned African leaders, note the efforts that African governments are making within their limited resources to deal with this global challenge. We, however, appeal to leaders and elites at national, regional, and continental level and to international organisations and foundations to draw up a concrete, effective, and continental emergency plan to combat COVID-19 onslaught at its crescendo in Africa which will be soon. With porous borders all over Africa, national efforts will not be enough but regional and continental.

We particularly call on AU, UN, WHO, World Bank and G-20 to urgently have a plan that will moderate the social and economic effect of the onslaught of COVID-19 on Africa.

Why Sub-Saharan Africa Needs a Unique Response to COVID-19

France Supports Debt Moratorium As Continental Recession Looms
Tagged:
Copyright © 2020 Premium Times. All rights reserved. Distributed by AllAfrica Global Media (allAfrica.com). To contact the copyright holder directly for corrections — or for permission to republish or make other authorized use of this material, click here.