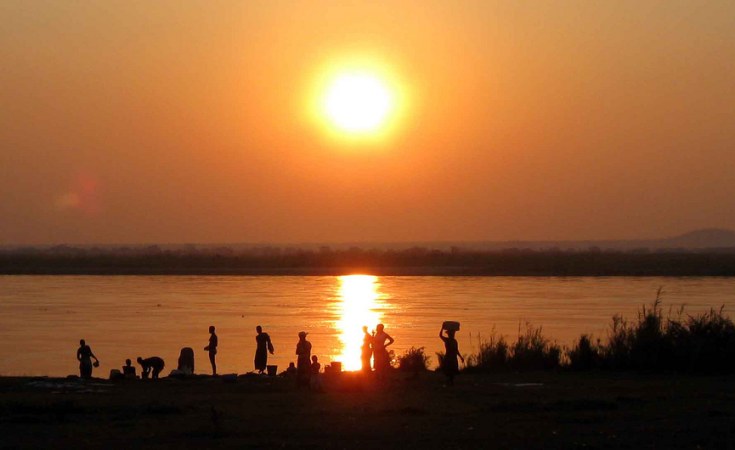 The Zambezi River Authority (ZRA) has said water flows upstream of the Zambezi River and subsequent inflows into the Victoria Falls and Lake Kariba have increased, but will not result in an immediate increase in power generation.

ZRA yesterday said water levels were trending above the long-term average, and the highest in 20 years.

While increasing, water levels in the lake remain low as there was a decrease to around 8,36 percent usable storage at the end of December 2019.

To date, water levels in Lake Kariba have risen by about a metre to stand at 477,79m, with about 15,92 percent usable storage as of Monday.

Water levels were at 480,65m, with about 36,68 percent usable storage recorded on the same date last year.

The Victoria Falls has been boisterous in recent days following increased flows from the upstream Chavuma Gauging Station, which recorded more than 500 percent increase from 2019 flows.

Flows at the Victoria Falls station peaked at 4 255 cubic metres per second on Monday, which is more than 50 percent above the long-term average.

Zimbabwe and Zambia for 2020, translating to an average generation output of 275MW at both Kariba South and North stations.

"The authority has maintained this water allocation for the remainder of the 2020 period in the wake of the below average lake inflows under the 2019/2020 rainfall season in an effort to ensure build-up in the reservoir storage," said Eng Munodawafa.

ZRA has projected that water levels at Kariba will peak at three metres above the minimum operating level for power generation.

He said the authority would continue to monitor the hydrological situation in the Kariba Catchment and water levels at Lake Kariba.

There is a four-week time lag for the flows at Chavuma to reach Victoria Falls owing to the Barotse flood plains between the stations, which absorb a significant amount of the water.

More water is expected to flow downstream as the flood plains have filled up and the overflow has now begun to arrive at Victoria Falls.