Nigeria: What Are Ventilators and Why Are They Important? 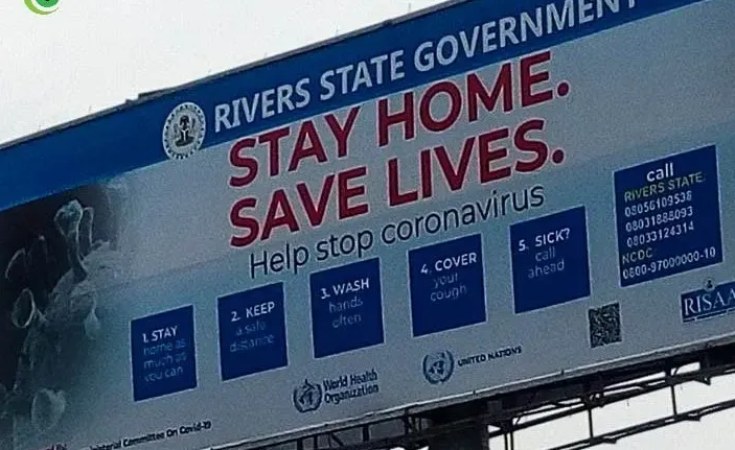 For patients with the worst effects of the infection, a ventilator offers the best chance of survival.

According to the World Health Organization (WHO), some 80% of people with Covid-19 - the disease caused by coronavirus - recover without needing hospital treatment.

But one person in six becomes seriously ill and can develop breathing difficulties.

In these severe cases, the virus causes damage to the lungs. The body's immune system detects this and expands blood vessels so more immune cells enter.

But this can cause fluid to enter the lungs, making it harder to breathe, and causing the body's oxygen levels to drop.

To alleviate this, a machine ventilator is used to push air, with increased levels of oxygen, into the lungs.

The ventilator also has a humidifier, which modifies adds heat and moisture to the medical air so it matches the patient's body temperature.

Patients are given medication to relax the respiratory muscles so their breathing can be fully regulated by the machine.

People with milder symptoms may be given ventilation using facemasks, nasal masks or mouthpieces which allow pressurised air or mixtures of gases to be pushed into the lungs.

University College London engineers have worked with clinicians at UCLH and Mercedes Formula One to build what is known as the Continuous Positive Airway Pressure (CPAP) device. It is being trialled at several London hospitals and if all goes well, the Mercedes-AMG-HPP group can begin building up to 1,000 of the machines per day from next week (6 April).

The CPAP device has already got approval from the Medicines and Healthcare products Regulatory Agency.

Early reports from Lombardy in northern Italy suggest about 50% of patients given CPAP have avoided the need for invasive mechanical ventilation.

However, the use of CPAP machines in patients with contagious respiratory infections has raised some concern, as any small leaks around the mask could spray droplets on medical staff.

Hoods, where pressurised oxygen is pumped in via a valve, are also being commonly used to treat Covid-19 patients, partly because they reduce the risk of airborne transmission of the virus from droplets in the breath.

These are known as "non-invasive" ventilation, as no internal tubes are required.

Dr Shondipon Laha, from the Intensive Care Society, told the BBC most patients with Covid-19 would not need a mechanical ventilator and could be treated at home or with supplementary oxygen.

But although there were risks when using ventilators, such as not knowing who would suffer long-term effects, he said, sometimes a ventilator was "the only way of getting oxygen into the patient".

Another issue, Dr Laha explained, was having enough of the right staff in place to manage all the ventilators expected to be needed.

"A ventilator is a complex beast - it can cause a patient trauma if not set up properly," he said. "The technical aspects are challenging. People have knowledge on varying types of ventilator in other specialities, but may need support in using them in intensive care if they're unfamiliar with this."

How many ventilators does the UK have - and how many might we need?

The NHS is reported to have just 8,175 ventilators - and is urgently seeking to acquire more.

The government believes up to 30,000 could be needed at the peak of the pandemic - and has placed an order for 10,000 newly-designed machines from technology firm Dyson.

Dyson insiders have told the BBC they have a working prototype, designed and built from scratch, which has been tested on humans and is "ready to go".

A further order of 5,000 machines could come from Luton-based Smiths group, possibly its portable ParaPac model. Another British company, Gtech, has designed a prototype which can run entirely off the hospital oxygen supply without the need of a power source. A number of other companies - including a consortium of Airbus, Meggit and GKN - are also lining up to supply further ventilators based on existing designs.

Meanwhile, a team of scientists and engineers from Oxford University and King's College London has unveiled its own low-cost design, which it says could be quickly put into production.

And researchers at the University of East Anglia are looking at using 3D printing to quickly produce ventilator parts, as well as masks and other essential equipment.

Nigeria Prepares to Open Borders as Covid-19 Cases Drop
Tagged:
Copyright © 2020 Daily Trust. All rights reserved. Distributed by AllAfrica Global Media (allAfrica.com). To contact the copyright holder directly for corrections — or for permission to republish or make other authorized use of this material, click here.