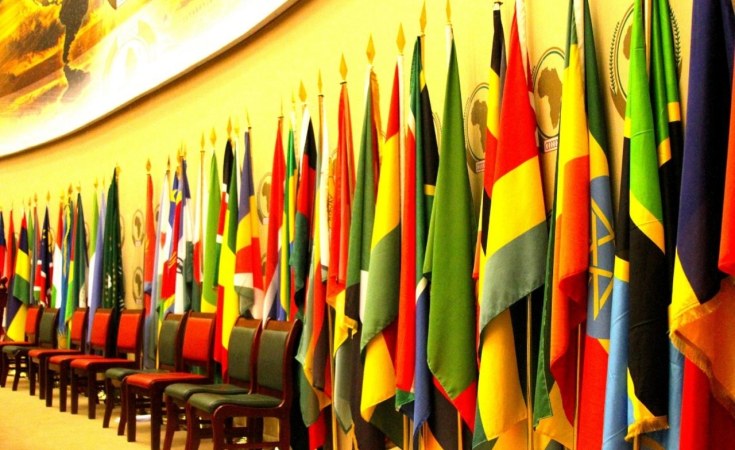 Addis Ababa — African Ministers of Finance held a second virtual meeting Tuesday, against the backdrop of rising COVID-19 cases in Africa. The meeting was hosted by Vera Songwe, Executive Secretary of the Economic Commission for Africa, and co-chaired by Ministers Tito Mboweni of South Africa and Ken Ofori-Atta of Ghana.

Countries shared their experiences and also discussed opportunities for mutual support. While acknowledging the commendable policy measures taken by governments, the Ministers underscored that Africa's economy is facing a deep and synchronized slow down and could take up to three years to turn the corner.

They stressed the need to take "all possible actions to slow down and bring the spread of COVID19 under control in the short term but acknowledged this is an uphill battle.

The Ministers agreed on the following key issues:

A) the immediate focus must remain on the health and humanitarian front. There is a need to continue the awareness raising, testing, social distancing. Many ministers joined the meetings with masks.

B) ministers called for Debt relief from bilateral, multilateral and commercial partners with the support of the multilateral and bilateral financial institutions such as the IMF, THE WBG, The EU, to ensure that African countries get fiscal space required to deal with the COVID19 crisis. The call for debt relief it was emphasised should be for all of Africa and should be undertaken in a coordinated and collaborative way. They called for a special purpose vehicle to be created to deal with all sovereign debt obligations. Substantial drops in revenue from commodity price drops coupled with increasing costs of imports is pitting pressures on both inflation and the exchange rate.

C) The need for longer period for debt relief. Given that the global economy has entered a period of a synchronized slow down, with recovery only expected after about 24 to 36 months, development partners should consider debt relief and forbearance of interest payments over a 2 to 3-year period for all African countries, LICs and MICs alike.

D) The Ministers acknowledged the importance of the private sector for job creation and for the recovery effort. Called on DFIs to support private sector in this difficult time. In addition, since Africa is a net importer of pharmaceutical products, enabling local continental production could serve to protect some jobs and guarantee supply of essential medicines during the crisis. Over 54 countries have banned exports of pharmaceutical products. Ministers called for an end to these procedures. Ministers called for joint protocols on border closures to allow for trade and humanitarian corridors. There is a need liquidity facilities, refinancing and guarantee facilities to support the private sector.

E) The Ministers discussed the enormous losses being incurred in the airline and hospitality industry. They called for the protection and preservation of the African airline, logistics tourism industry. Including by advocating for a stay on interest, lease and debt payments. This is an important job creating sector for millions of Africans and must be protected. The Ministers agreed to set up a meeting for countries affected by transport and tourism losses due to the pandemic, in order to better plan on policies to combat the losses.

F) The Ministers welcomed the use of technology such as mobile phones to support awareness raising, identify communities in need and create accountability and governance mechanisms around the use of the stimulus. They asked ECA to work with the telecommunications company to design a system to support these objectives.