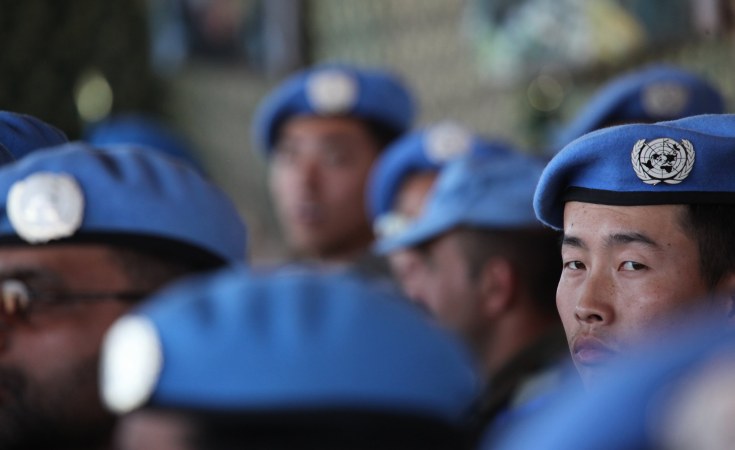 Improving the performance of peacekeeping is central to saving lives, making civilians feel safer, and helping to foster peace processes. It is also a key priority of the United Nations' Action for Peacekeeping initiative.

There are currently about 95,000 peacekeepers deployed to 13 missions around the world. Most have been directed to use all necessary means to protect civilians from harm. A growing number of academic studies show that the presence of peacekeepers correlates positively with reduced levels of violence against civilians and likelihood of relapse into conflict.

But beneath these broad trends, missions struggle to ascertain the impact of their activities. As a result, they can't determine what works and what doesn't. This makes it hard for them to adapt and tailor responses.

In an organisation that rarely admits failure and tends to resist major changes, the result has been outdated and ineffective measurements of the performance of peacekeeping. In an era of pressure on budgets, there is increasing urgency for the UN to show value for money.

Rather than just reiterate the platitude that the UN needs to do better, it is time to find concrete ways to improve.

Not fit for purpose

The main tools the UN has been using to assess its impact suffer from a number of shortcomings. Results-based budgets and benchmarking are overwhelmingly output-focused and fail to generate the kind of data that would help us understand real impact.

The link between these outputs and outcomes, let alone impact or effect, is based on a litany of assumptions that don't reflect the real world, and certainly not the world where peace operations are set.

For example, often the number of patrols conducted in a given time period is taken as a proxy for deterrence of violence against civilians, irrespective of their location or effect. More worrying still, the number of meetings held is often used as an indication of facilitating a political process. This is regardless of whether the right people were at the table to promote inclusive and sustainable peace.

Ultimately, the tools that are currently used serve more of an audit function than any evaluative one. The incentive for those beholden to them is to do what gets measured, not necessarily what is needed - far less to be creative. They ask fundamentally whether these missions are 'doing things right' rather than if they are 'doing the right things'.

How to do it better

In my book UN Peace Operations and International Policing: Negotiating Complexity, Assessing Impact and Learning to Learn I set out four principles that should underpin attempts to shift the culture around performance measurement and accountability in UN peacekeeping.

First, there should be a shift away from causal attribution and credit-taking to more realistic assessment of the contribution and impact an intervention has had. This means jettisoning the results-based budget as the main tool for measuring performance and moving to a more impact-oriented one.

Second, the approach should anticipate unintended consequences as well as expected ones. Peacekeeping takes places in a complex environment where actions often create a range of reactions. These can include some that may work against the goals of the UN. Asking "what is the full range of effects of this activity?" is important in evaluating the full impact that a peacekeeping mission is having.

Third, the entire evaluative process needs to be democratised. The UN should measure its success from the point of view of the people being served, not the number crunchers in New York, or the elites at the negotiating table. Do civilians feel safer when the UN is around? How much do they trust a peace process to hold? Where do people go when they experience violence, and who do they turn to for protection? Asking these questions will give a fuller picture of the impact of peace operations.

Finally, the Security Council member states directing peace operations must acknowledge the relatively small, but important, role they play in reducing the risks of widespread violence. Ambitious state-building and national reform agendas may sound comforting, but have a poor track record in peacekeeping. Acknowledging the unlikelihood of a quick win, and the need to help put in place processes that may take decades to bear fruit, is a difficult aspect for monitoring and evaluation, but a crucial one.

In late 2018 the UN Security Council passed a resolution that called for a "culture of performance in United Nations peacekeeping," generating momentum for action on this issue.

The newly created Comprehensive Performance Assessment System is a step in the right direction. Its focus on tracking progress on the implementation of mandates is important. But key to its success will be establishing the correlation between mission activities and impact on lives. And the potential of specific tools like this will only be realised if the cultural context changes.

These shifts will, of course, need to be done sensitively in ways that bring along the key players in the peacekeeping partnership such as countries that contribute troops and police. In the end, this can produce a virtuous circle; increasingly meaningful monitoring and evaluation can open the way for strengthening accountability frameworks.

These accountability frameworks would need to be built around assessing personnel on what they can realistically pursue and what makes sense in response to dynamic circumstances. At the moment, assessments are done based on a set of deliverables planned at least one year in advance. Revamped accountability measures could then be used to incentivise better performance. It could also pave the way for the creative use of dwindling resources.

Recognising opportunity in a crisis

The financial crisis in UN peacekeeping and the concomitant pressure to show value-for-money should be treated as an opportunity to overcome the inertia that has prevented meaningful action on improving performance assessments and increasing accountability. More importantly it could help work to improve peace operations on the ground.

Doing so should also facilitate a more learning-oriented UN that can avoid repeating mistakes from the past.