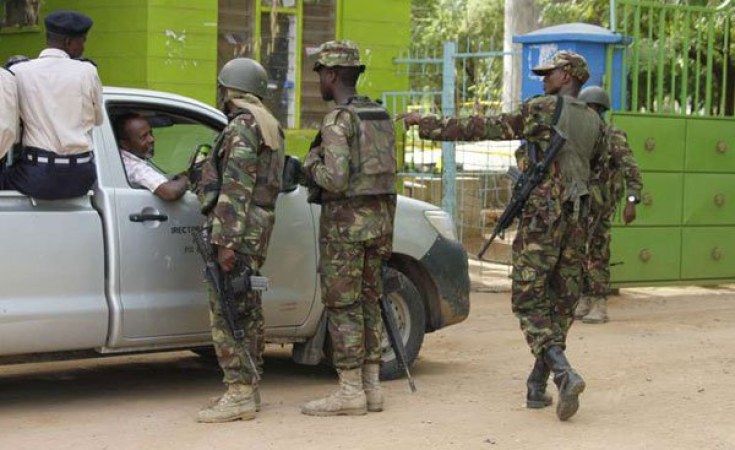 Jeff Angote/The Nation
Tight security at the entrance of Garissa University College on April 3, 2015 after Al-Shabaab terrorists attacked the University.
The Nation (Nairobi)
By Justus Ochieng'

Two bullets struck Ronald Magembe Morang'a, 25, on his jaw, blew off his left ear, and ripped fingers off his left hand.

Mr Morang'a, who lives in Nyankumbati village in Kisii County, is one of the survivors of the Garissa University terrorist attack that claimed 148 lives, leaving at least 80 others with serious injuries five years ago.

It was about 5:30am when Mr Morang'a, a second year Bachelor of Education student, heard the first shot.

The then 20-year-old was reading in a lecture hall. "When we realised the power had not gone off after the initial explosion we instinctively rushed towards the window," he said.

Unfortunately, that's when he was shot. "I fell on the ground and darkness engulfed me. I was awoken up by my vibrating phone hours later. It was my mother calling and I could not pick the call for fear of being shot again.

"Gunshots still rented the air; I was bleeding profusely. I crawled towards the hostel where I found Kinuthia, a fellow student," he narrated.

He went on: "He looked shocked and ran away; I crawled under a bed. I was so dehydrated that I started drinking my own blood. It was horrible.

"At that time the military had arrived at the institution. I begged a soldier for water but he refused, saying that it was unhealthy for a person bleeding to drink water."

Medical experts say giving water to such a victim causes dilution of blood that can lead to collapse or death.

Mr Morang'a, who graduated in 2018 after completing his studies at Moi University, recalled how soldiers rushed him to a waiting ambulance then a local hospital for first aid and later to Defence Forces Memorial Hospital in Nairobi.

"I was admitted for three weeks. I am going through hell. After graduation, no school wants to employ me because of my disability," he said. The attack impaired Morang'a's hearing.

"I am pleading with the Teachers Service Commission (TSC) and secondary schools boards of management to come to my aid. Currently, I just idle at home, which causes me a lot of stress that could even lead to depression."

Another victim, Rachel Gikonyo, who lost a limb, said: "I have accepted my condition and, together with my family, moved on. That was a horrendous scene that I wouldn't wish to revisit. I thank God I survived," Ms Gikonyo said.

Mr Waweru and Mr Waliaula had just arrived at the institution from a two-day student leaders forum at Moi University in Eldoret.

Mr Waweru was the secretary-general of Garissa University Students' Union while Mr Waliaula was his vice chairman.

Mr Waweru recalled that after arriving at the university, he retired to bed at 1am and was woken up by gunshots and screams.

"I was confused and could not run out. I decided to hide in a wardrobe where I stayed for about 13 hours and was rescued by soldiers," Mr Waweru said.

He was then a second-year student studying Bachelor of Information Science.

Mr Waliaula braved the gunshots, got out of the hostel and ran out of the institution.

"I was lucky because they shot at me severally and missed. I guess their bullets missed me because I rolled on the ground severally. That's how I saved my life; I really thank God," said Mr Waliaula, now a teacher hired by the Makunga Secondary School board.

He urged the government to offer them employment.

Mr Ongama narrated how he saw his friend Thomas Mururi succumb to a gunshot.

"We were in a group of about 50 students running and rolling towards the fence. Mururi was shot as he attempted to stand up and run," Mr Ongama said.

He went on: "At the fence was another nightmare. Getting out without being shot was a miracle. We decided to save struggling girls.

"Using sticks, we created space in the fence through which we pushed the colleagues out of the campus."

He said that they were terrified even after leaving the university compound. "Outside, we met an old man who took us to his home," he said.

Mr Ongama, who hails from Luanda in Vihiga County, narrated how uneasy they were at the old man's home, forcing him to reach out to a local chief.

"He was good to us. He called the local chief who responded swiftly. At that time soldiers were still battling the terrorists; we could still hear gunshots. We were taken to the Garissa military camp where we sought refuge," said Mr Ongama.

Mr Kweya Opande, then-Garissa University Dean of Students, said the trip to Moi University for the meeting and his decision to remain in Nairobi with his family saved his life.

"I was part of the 14-member delegation that had attended the student leaders' mentorship programme in Moi University, Eldoret

"We left on April 1 and I stayed in Nairobi to see my family. Other members of the team left for Easter Holidays while others returned to Garissa.

"Little did we know that some would die in such a horrendous way," he said at his home in Luanda, Vihiga County.

Mr Opande, now a dean of students at Maseno University, had been at Garissa University for barely a year when the tragedy occurred.

"At the time of the attack the university had about 850 students. On the fateful day, a student called me at around 5:30am. I could hear heavy gunshots in the background. She was in shock and could not express herself, so I hanged up and tried to reach security guards at the institution to inquire what was happening," said Mr Opande.

Mr Opande said that the most heart-wrenching scene was April 3, a day after the attack, when bodies of slain students were flown to Wilson Airport in Nairobi.

"As the dean, I had to be there to receive the bodies and help in identification. Some 21 bodies were brought in body bags, I could not believe it. I was now at the centre of it. They were taken to Chiromo Mortuary. It was not a good scene," he said.

Mr Opande recalled how he attended most of the funerals which took part in different parts of the country.

"This was not a good experience, since then I have never stepped in Northern Kenya. I was among members of staff who resigned after the incident," he said.

He said the government should enhance safety in learning institutions to avert such horrendous occurrence.

He warned against the proposal to arm staff in Northern Kenya. "Arming people who are not trained on security measures will be more detrimental," he said.

Mr Opande appealed to the government to track down survivors of the attack and offer them employment.

"I know some of them who are even being stigmatised as a result of their deformities; this was not out of their making. They need assistance and close monitoring," he said. 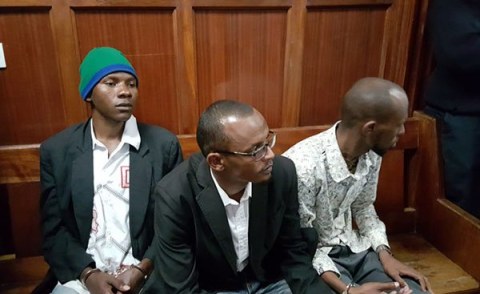 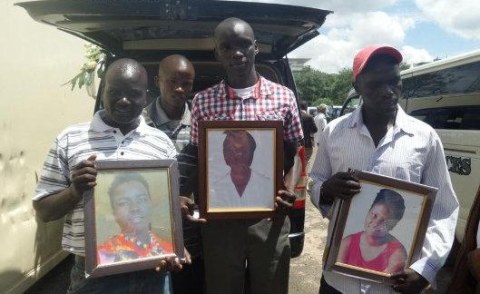 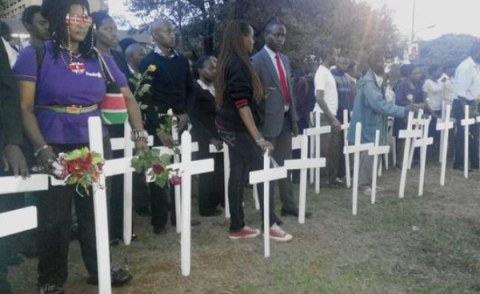 Kenya Remembers Garissa Attack Victims Three Years Later
Tagged:
Copyright © 2020 The Nation. All rights reserved. Distributed by AllAfrica Global Media (allAfrica.com). To contact the copyright holder directly for corrections — or for permission to republish or make other authorized use of this material, click here.