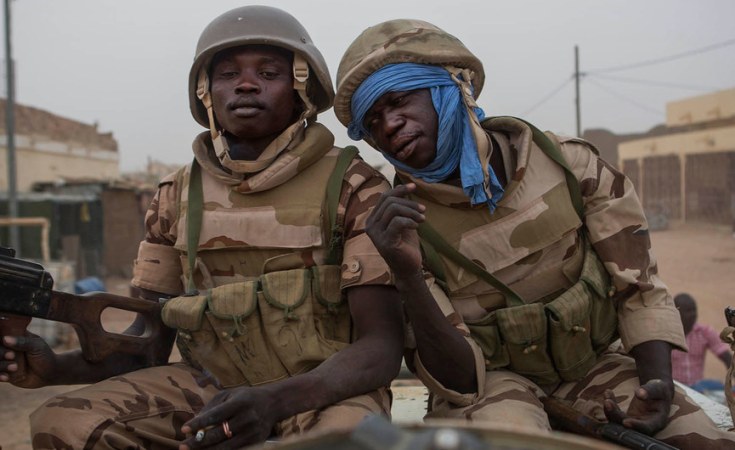 Luanda — Angola ended its two-year term last Tuesday, as a member of the Peace and Security Council (PSC) of the African Union (AU), a permanent body made up of 15 countries on the continent, dedicated to prevention, management and conflict resolution.

In a official note addressed to the PSC, the Permanent Representative of Angola to the AU, Ambassador Francisco José da Cruz, thanked the support and solidarity provided by the member states during his term, at a time when Zimbabwe is also stepping aside to make away for other southern region countries, namely Mozambique and Malawi. The commitment to "African solutions to African problems" greatly facilitated our mission and inspired us to be more assertive in responding to situations of conflict and crisis in Africa, as we face together the challenges and opportunities of the PSC mission, reads the letter cited by a note from the Permanent Representation of Angola in the AU.

During his term at the PSC, Angola's agenda focused on conflict prevention, management and resolution, which, along with stability, constitute strategic base of the African Peace and Security Architecture (APSA), of the African Governance Architecture (AGA) and Agenda 2063, namely the Silencing of Arms on the Continent by 2020. The country wanted to contribute actively to a frank and holistic approach to the security and stability challenges that the continent faces and the promotion of a culture of peace conducive to the achievement of the desired sustainable development of the "Africa we want". Angola assumed the rotating presidency of the PSC, for the first time in September 2018, having at that time organized a ministerial meeting in New York, on the fringes of the 73rd United Nations General Assembly, under the theme "The State of Peace and Security in Africa and the Steps taken in Promoting African Solutions to African Problems". In December last year, it was organized a second meeting in Luanda (Angola), under the motto "National Reconciliation, Restoration of Peace, Security and Reconstruction of Cohesion in Africa". The final communiqué encouraged national players from countries in conflict to demonstrate political will, good faith and to assume their responsibilities in the reconciliation processes, accepting, without reservations, political and inclusive solutions, ultimately leading to the emergence of a continent in that peace, stability and prosperity prevail.

In the past two years, Angola has had the opportunity to participate in discussions on the situation in the Central African Republic, as well as on the process of harmonizing the African Standby Force with the African Capacity for Immediate Crisis Responses. It also addressed the situation in Burundi and Sudan, political developments in Guinea-Bissau and South Sudan, as well as in Somalia and AMISOM's activities, as well as issues such as Conflict Prevention, Early Warning and Mediation in Africa. During the term, Angola participated in Field Missions in Sudan (Darfur), South Sudan, Somalia, Guinea-Bissau, Cameroon and Lesotho, organized by the PSC, to verify, on the ground, the real situation in these countries and the impact of conflicts in the humanitarian situation of the populations. The PSC recognizes that Angola's leadership in the issues of Unity and National Reconciliation, whether through its own experience as a nation that knew how to end decades of conflict and divisions and achieve stability, whether through its diplomatic intervention in prevention, management and resolution conflicts in Africa, in particular in the Great Lakes Region, as well as its role in favour of peace and security at the international level. The PSC consists of 15 elected members, ten for a period of two years and five for one term of three years, considering the geographical representation of the five regions of the African Union (North, South, East, Centre and West).

AU Needs a More Robust Response to Conflict in Cameroon

Is the African Union Capable of 'Silencing the Guns in Africa'?
Tagged:
Copyright © 2020 Angola Press Agency. All rights reserved. Distributed by AllAfrica Global Media (allAfrica.com). To contact the copyright holder directly for corrections — or for permission to republish or make other authorized use of this material, click here.

Are We Africans Our Own Worst Enemy?
Legal Affairs