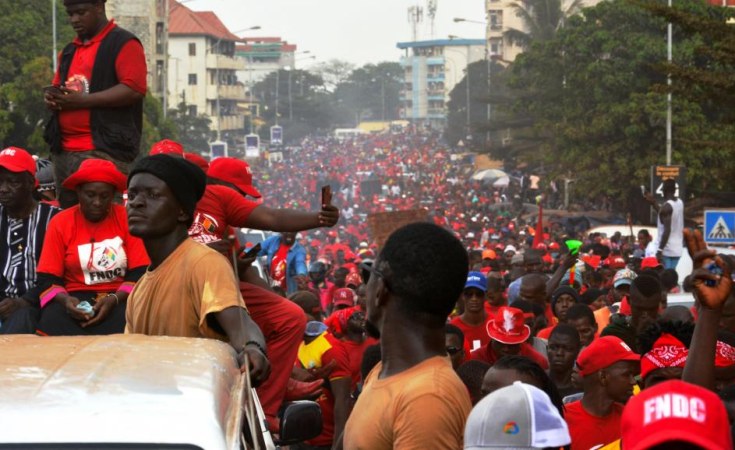 The Media Foundation for West Africa (MFWA) condemns the continuing repression of the freedom of assembly rights of activists and opponents of President Alpha Conde by Guinea's security forces.

In the latest incident, which happened on March 25, 2020, security forces disrupted a press conference of the Front National pour la Defense de la Constitution (FNDC) and arrested eight members of the civil society organisations and political parties coalition that is leading a campaign against President Conde's attempt to seek a third term in office.

The arrested persons are currently detained at the Operational Support Division of the police in Kaloum, Conakry.

According to a statement issued by the FNDC, they noticed during the press conference that a state intelligence agent was at the event posing as a journalist. They therefore called in a court bailiff to interrogate the impostor.

The raid, therefore, appeared to be part of a plan by national security to rescue their agent in case her cover was blown.

The MFWA strongly condemns the disruption of the press conference and the subsequent arrests as a gross violation of the victims' right to peaceful assembly. The infiltration of the activities of the FNDC is a discredited police state method of violating citizens' right to privacy and is unacceptable in a democracy.

We therefore urge the government in Guinea to release the arrested FNDC members immediately and take steps to end the serial violations of the freedom of assembly rights of opponents of the regime.