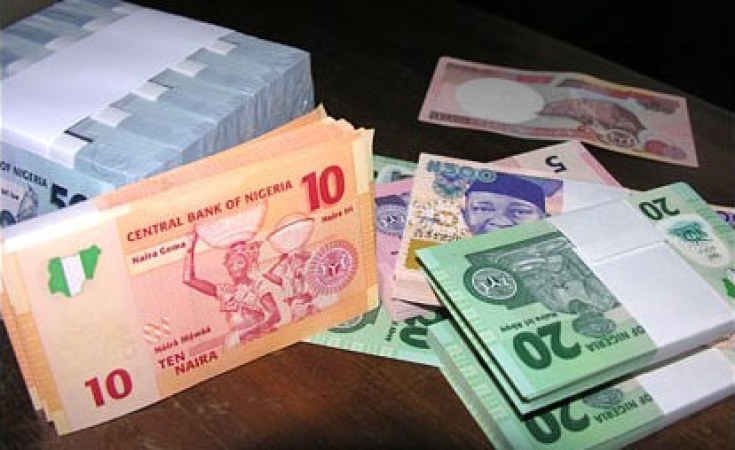 The Nigerian Governors Forum (NGF) has urged the Central Bank of Nigeria to suspend all funds deductions from states and restructure their debt repayments.

Governor Kayode Fayemi of Ekiti, the NGF chairman, said this at the governors' second COVID-19 teleconference meeting on Wednesday.

The details of the meeting were made available via a copy of the communique on Thursday.

The NGF had on Monday resolved to hold their weekly meetings via teleconferencing as part of the efforts to check the spread of COVID-19 in the country.

The forum said the request to the CBN was agreed on after a briefing it held with the Minister of Finance, Budget and National Planning, Zainab Ahmed.

Mr Fayemi said such measures would help safeguard the liquidity of state governments and mitigate the economic impact of the COVID-19 pandemic ravaging the economy.

"Following a briefing from the Minister of Finance, Budget and National Planning on fiscal measures taken by the federal government to mitigate the economic impact of the COVID-19 pandemic, the Forum called for urgent fiscal measures to safeguard the liquidity of state governments, including the acceleration of an arrangement to suspend all state deductions and restructure all debt service payments on federal government and CBN-owned debts," the NGF said.

Tunde Ajileye, a partner at SBM Intelligence, said loans obtained by state governments are deducted from the state-federal allocations by the federal government.

He said from an external debt perspective, the federal government needs to provide a sovereign guarantee.

"Except the state government issues a bond or something along those lines, they can't borrow from CBN. Even bonds are usually borrowings from the public or investors," he said.

"The federal government usually guarantees those loans, that is why the repayment of those loans are placed on first-line charge, once statutory monthly allocation is due to those states. There are usually terms of deduction; it is the duty of the Accountant-General of the Federation and the minister of finance to deduct the loans that they have guaranteed.

"For example, if they (states) are to be paid a certain allocation per month once allocation comes in they deduct it at first before they release the balance to the states,". Mr Effiong said.

The amount represents about 1.8 per cent of the state governments' net statutory January allocation of ₦206.75 billion.

Also, as at June last year, the states' external debts, from multilateral and bilateral sources, were about $3.96 billion. These are from China Export-Import Bank, Japan International Cooperation Agency, KFW Development Bank, Euro-bond and Diaspora Bond. According to the Debt Management Office.

Also in their communique, the NGF urged the Minister of Humanitarian Affairs, Sadiya Farouq, to provide "stimulus incentives from the federal government to support vulnerable households across states."

The governors said the aid would provide relief to the poor due to the impact of COVID-19 on the Nigerian economy.

"This would help the vulnerable cope with the expected loss of income and livelihoods in the coming months."

The governors said they were "committed to leading the effort through state focal persons in charge of social protection to ensure that palliatives including food and cash transfers reach the most vulnerable population in all states."

Ms Farouq had on Wednesday supervised the disbursement of N20,000 under its Conditional Cash Transfer scheme to 5,000 beneficiaries in Kwali Area Council of the Federal Capital Territory, Abuja.

The ministry explained that the cash covers four months' stipends for the beneficiaries from January to April.

"Members also resolved to leverage on the lockdown situations to send essential food items across borders as part of the palliatives so that perishables produced in one state get to states that need them unhindered," Mr Fayemi said.

"Members also discussed the legality or otherwise of lockdowns in other states around the country and resolved to maintain the status quo until the Chairman and Governor of Ekiti State resolves the matter with the Presidential Committee on COVID-19," the release said.

President Muhammadu Buhari on Sunday ordered a lockdown in Abuja, Lagos and Ogun to curtail the spread of coronavirus.

How Fear of COVID-19 Stalks Nigeria's Displaced People
Tagged:
Copyright © 2020 Premium Times. All rights reserved. Distributed by AllAfrica Global Media (allAfrica.com). To contact the copyright holder directly for corrections — or for permission to republish or make other authorized use of this material, click here.