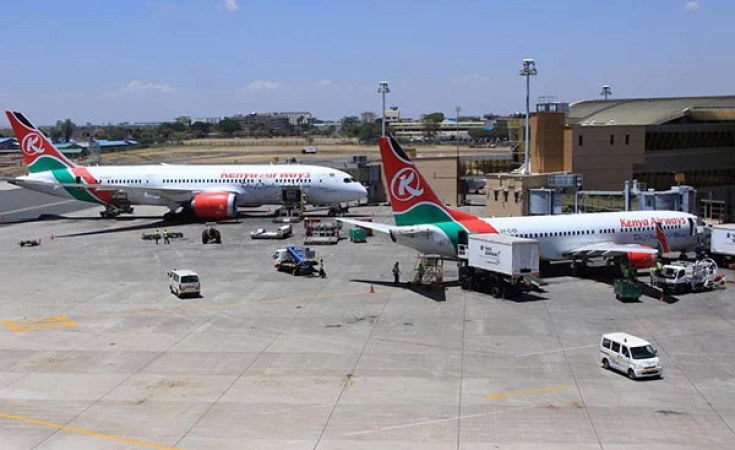 The government has extended the ban on international flights by 30 days as it intensifies the fight against spread of coronavirus.

An earlier two-week ban that came into effect on March 25, will expire on midnight Sunday.

"After serious consideration of the situation, the government has extended the ban [on international flights] for another 30 days with effect from tomorrow (Monday) April, 6 2020," Transport Cabinet Secretary James Macharia said on Sunday.

The CS, however, said that the flights must not have passengers on board.

He urged those in the transport industry to adhere to the directives issued by the Ministry of Health, with regard to maintaining of hygiene standards in the sector.

"We have observed that the set directives are not being strictly followed, for example, most matatus are still overloading, hence not observing social distancing. They are also not observing standards of hygiene as per the set guidelines," he said.

Mr Macharia said that from Monday, any matatu operator found not observing the set directives, will have their Sacco licences suspended and the vehicle bonded.

"This directive applies to all public transport vehicles and the offenders will be charged in a court of law in line with the Public Health Act, for deliberately spreading the virus," he said

He warned boda-boda riders, who continue to flout the directives that their motorcycles will be impounded.

The government has also suspended visits to prisons for another 30 days.