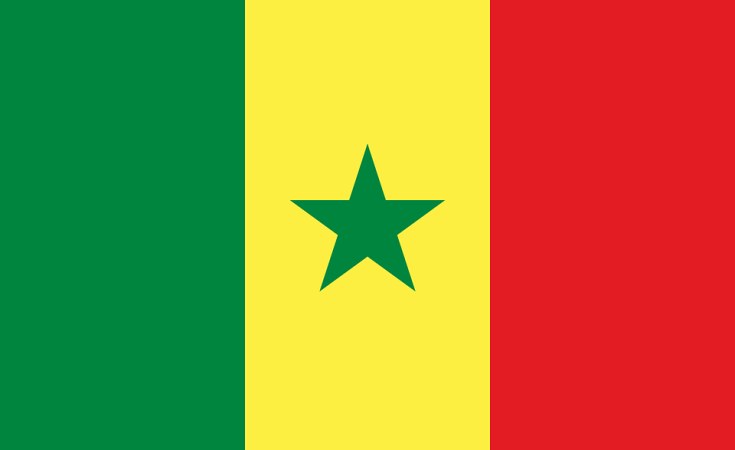 Senegal marks 60 years of independence on Saturday and its achievements since are worth celebrating. But the independence ceremony has been postponed to slow down the spread of the novel coronavirus.

"The situation is serious. I say this tonight in all solemnity." With these words, Senegal's President Macky Sall addressed the nation on March 23, as he declared a state of emergency and imposed a night-time curfew. This was his first measure in trying to slow down the spread of the coronavirus in the country.

"The disease is spreading so quickly that we are forced to adapt our response. Otherwise we risk a catastrophe," the president said in a televised speech.

The coronavirus is spreading rapidly on the African continent. There is great concern that it will be difficult to maintain social distancing especially in poorer communities, where large families live together in tight spaces or in markets places.

Senegal also placed a ban on Friday prayers for Muslims and Sunday church services for Christians. Schools and universities have been closed and Independence Day celebration on April 4 - canceled.

Only the military is allowed to put up a parade on this day.

An important day for Senegal

Even without a big festival, the country has good reasons to celebrate, according to Ute Gierczynski-Bocande, program officer at the Konrad Adenauer Foundation in Senegal. "This is an important day. Since independence, the country has developed a lot."

60 years ago, only a few primary and secondary schools existed in the country.

Gierczynski-Bocande argues that the now West African economic powerhouse is fighting poverty and inequality. It ranks 166 of 189 in the United Nations' Human Development Index.

The index indicates the wealth of a country taking into account its per capita income, average life expectancy and training opportunities.

Focus on the capital Dakar

However, observers see a great need for development in the economy. Even though annual growth has been over six percent for several years, the country is heavily dependent on imports. Also, there is a large gap between people living in the capital Dakar and those living outside Dakar.

With an estimated 3.7 million inhabitants, almost a quarter of all Senegalese live in the capital, where industry and economic development are heavily concentrated.

"The economic development is not balanced," says Ute Gierczynski-Bocandé. "Dakar is developing exponentially. For example, the expansion of Diamniadio with ultra-modern buildings almost looks like a futuristic dream. People in other parts of the country don't even have running water."

The city of Diamniadio is about 30 kilometers from Dakar. In an enormous construction project, several industrial parks and tens of thousands of apartments are being built there and to be completed by 2035. It is a kind of city within a city, an ambitious project by the president dubbed as "Plan Sénégal Emergeant" - meaning in English "Aspiring Senegal."

Political role model in the region

Last year, the majority of Senegalese re-elected Macky Sall for a second term. Due to the democratic change of power and its multi-party system, Senegal is considered politically stable in the region and a role model for other countries. The U.S. Freedom House gave it a grade 2 score for political rights in 2019, one step short of the best grade.

Nouhou Balde, a journalist from neighboring Guinea, told DW on the day of the Senegalese presidential election: "We can learn a lot from Senegal, especially when it comes to organizing elections."

On its birthday, Ute Gierczynski-Bocande wishes the country one thing above all: "That it will continue to be such a wonderful example of the harmonious coexistence of people of all origins and all religions."