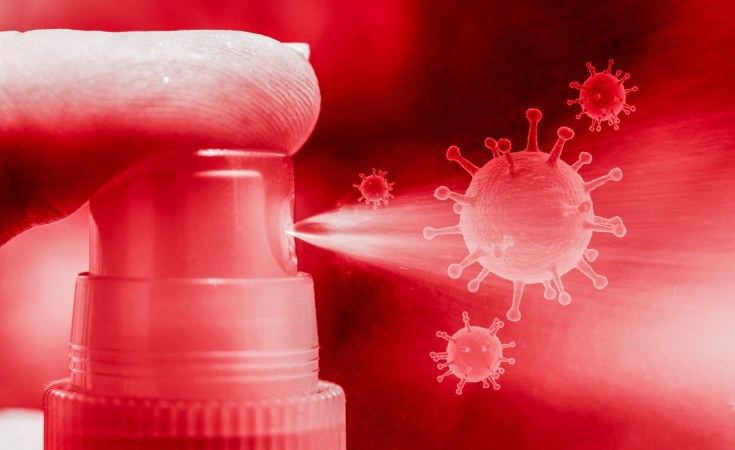 The COVID-19 pandemic is hitting the world hard and Nigeria is not spared from the scourge. In a week, the number of cases recorded in Nigeria doubled, a review of official data showed.

COVID-19 is a viral respiratory disease caused by the coronavirus.

As of Saturday, March 28, the tally of confirmed cases was 97 with a death recorded and three patients discharged after they fully recovered from the disease.

However, a week later, by the end of Saturday, April 4, confirmed cases had risen to 214. Also, four deaths have been recorded while 25 persons recovered and have been discharged.

According to the Nigeria Centre for Disease Control (NCDC), Lagos State still tops the chart with the highest number of cases in the country.

PREMIUM TIMES analysis revealed that the 117 new cases represent a 120 per cent increase in the figures when compared to what was obtained last week.

Meanwhile, the figures are not unprecedented as experts have predicted an exponential rise with contact tracing and conduct of more tests.

Following the clamour for the conduct of more tests, the Minister of Health, Osagie Ehanire, had announced that Nigeria would be able to test up to 1000 suspected cases of coronavirus daily by the end of last week.

Also, the NCDC chief said there are plans to add more molecular laboratories to the existing ones.

"Our team is working round the clock to improve turn-around time for testing in all our six molecular laboratories. We aim to scale up to 13 labs in the next three weeks. In progress- Abakaliki, Maiduguri, Kano, Sokoto, Port-Harcourt, Jos and Kaduna States," Chikwe Ihekweazu, the NCDC boss, stated.

In this article, PREMIUM TIMES reviews the cases recorded last week and how the figure rose from 97 to 214.

On Sunday, March 29, 14 new cases of the infection were reported - nine in Lagos and five in FCT. That made the total number of confirmed cases 111.

On Monday, March 30, 20 new cases of coronavirus were reported in Nigeria: 13 in Lagos, four in FCT, two in Kaduna and one in Oyo State. The case in Oyo was that of the state governor, Seyi Makinde, who announced his status.

On Tuesday, March 31, four new cases of the pandemic were reported -- three in Osun and one in Ogun. That put the number of confirmed cases at 135 with two deaths.

The increase in the Osun cases was as a result of the influx of some Ivory Coast returnees who arrived the state via Ogun State.

On the same day, four other cases were reported -- three in the FCT and one in Lagos, making a total of 139.

At the wake of Wednesday, the first day in April, 12 new cases of the disease were reported in Nigeria. There were nine in Osun, two in Edo and one in Ekiti State.

While the total reached 151, NCDC announced that nine patients have recovered from the disease.

On the same Wednesday, 23 new cases were recorded - nine in Lagos, seven in the FCT, five in Akwa Ibom, one in Kaduna and one in Bauchi State. The record of 35 on Wednesday is the highest reported in a day, since the first index case was discovered in February.

Ten new cases were reported on Thursday including seven from Lagos and three in the FCT.

The agency also disclosed that out of the 184 confirmed cases so far, 20 have been discharged.

The patients in Osun were part of the Ivory Coast returnees while the index case in Ondo is a soldier who recently returned from India.

The NCDC also announced two new deaths and five more people discharged. As of 10:30 p.m. on April 3, there were 209 confirmed cases.

On Saturday evening, five new cases from Bauchi and FCT were reported, making a total of 214 confirmed cases, 25 discharged and four deaths.

Nonetheless, the Nigerian government took its preventive measures a step further by declaring a total lockdown of Lagos, Ogun and the FCT.

President Muhammadu Buhari last Sunday said the cessation of movement, which began on Monday in Lagos and Abuja, will span for 14 days and can be reviewed upward.

The presidency said Mr Buhari relied on the Quarantine Act to make the announcement.

"In exercise of the powers conferred on him by Sections 2, 3 and 4 of the Quarantine Act (CAP Q2 LFN 2004), and all other powers enabling him in that behalf, President Muhammadu Buhari, Monday, signed the Covid-19 Regulations, 2020, which declared Covid-19 a dangerous infectious disease," a statement from the presidency noted.

However, PREMIUM TIMES reported how some individuals and religious organisations have flouted the lockdown order in Lagos and in Abuja. Also cases of harassment of citizens by security operatives were reported.

Rights activists have also condemned the deployment of soldiers to enforce a lock down. A human rights lawyer, Femi Falana, called on the president to withdraw the troops.

According to worldometer, an independent digital platform with the goal of making world statistics available, over one million COVID-19 cases have been confirmed globally with over 64,000 deaths while over 240,000 people have recovered from the disease.

The United States of America has over 300,000 cases, which makes it the highest recorded in a country so far. Italy, however, has the highest number of deaths at over 15,000.

COVID-19 - Why Chinese Doctors Are Coming to Nigeria - Official

What COVID-19 Means for the Nigerian Economy
Tagged:
Copyright © 2020 Premium Times. All rights reserved. Distributed by AllAfrica Global Media (allAfrica.com). To contact the copyright holder directly for corrections — or for permission to republish or make other authorized use of this material, click here.