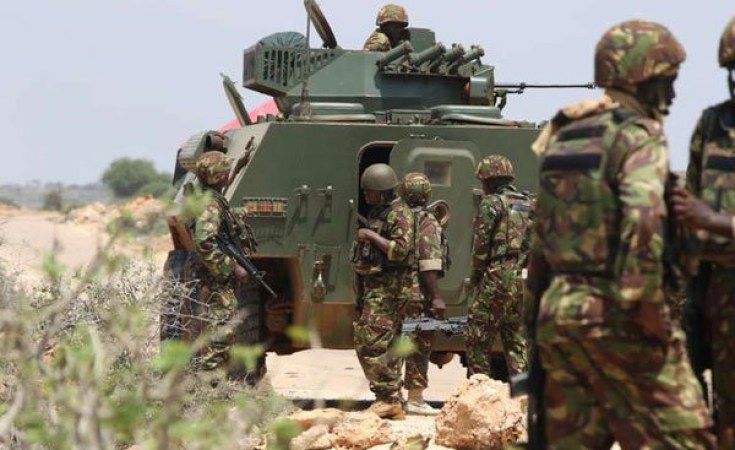 Eastern African countries spent $104 million on arms last year as Ethiopia and Kenya raced to modernise their defense systems, even as Rwanda, Tanzania and Uganda reduced their military spending in the same period.

The Stockholm International Peace Research Institute (Sipri) 2019 Arms transfer database report shows that Ethiopia topped military spending in the region, paying $71 million to arms suppliers last year, the highest in the region. The bulk of the money was set aside for modernising its air defense systems.

Kenya spent $32 million, most of which went to upgrading its airpower. Uganda spent $1 million, down from the $9 million it spent in 2018 while Tanzania and Rwanda did not spend on weapons. The Sipri report captures the actual delivery of arms in 2019.

African countries have over the years been criticised for perceived over-spending on weapons at the expense of their development budgets.

Nairobi received the last batch of the three C-27J Spartan Transport aircraft from Italy ordered in 2017. It also received two of the AW139 Helicopter ordered in 2018. This delivery, Sipri says, included one helicopter "for VIP transport" from Poland.

The Kenyan military received one of two M28 Skytruck planes from the United States, which was part of a military aid deal, with the planned delivery of the last one set for later this year.

The country also received six of the Rolls-Royce AE-2100 engines for the C-27J Spartan Transport aircrafts it had ordered from Italian manufacturer Leonardo at a cost of Ksh20 billion ($200 million). They are expected to replace the ageing fleet of De Havilland Canada DHC-5 Buffalos.

Kenya recorded a rise in its ranking on the amount spent in military arms to position 62 in 2019, from 95 the previous year, showing its increased appetite for arms imports.

The country has traditionally preferred to purchase its arms and weapons from Serbia, Russia, China and Israel; with some of these purchases now coming in from Italy and the United States.

Tanzania received three (H125 version) of the ten Airbus AS-350 helicopters for its military last year, from an order of ten it made in 2017, which included eight AS-350/AS-550 Fennec light helicopters and two other AS-532 Cougar/AS-332 transport helicopters produced from a Romanian line.

Uganda received 31 of the 45 Mamba APC. The South African Manufactured Mamba vehicles are meant for internal security purposes, and are to be assembled in the country, having been imported as knocked-down units.

The Sipri arms transfer data shows that Russia accounted for 49 per cent of arms exports to Africa, followed by the US at 14 per cent and China at 13 per cent.

The data also showed that Russia accounted for 36 per cent of arms imports by African States, China 19 per cent and France 7.6 per cent. The five largest arms importers in sub-Saharan Africa were Angola, Nigeria, Sudan, Senegal and Zambia.

Kenya Outguns Neighbours in Military Spending
Tagged:
Copyright © 2020 The East African. All rights reserved. Distributed by AllAfrica Global Media (allAfrica.com). To contact the copyright holder directly for corrections — or for permission to republish or make other authorized use of this material, click here.