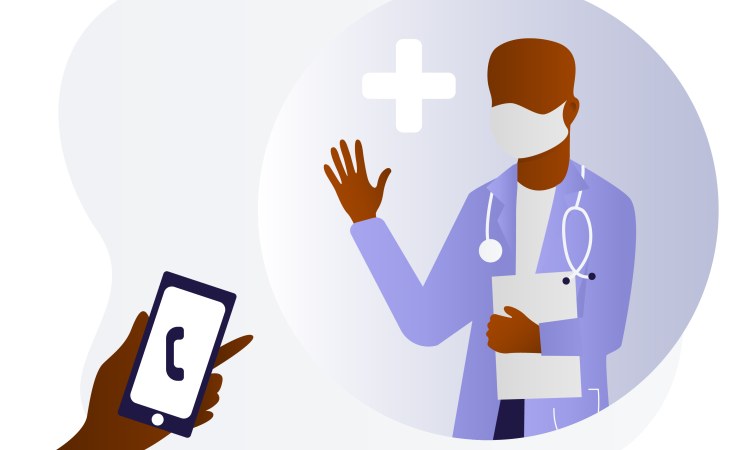 A top-notch source has hinted the Daily Observer that a state of emergency is imminent as the government contemplates taking drastic measures to contain the spread of the coronavirus disease also known as COVID-19.

Though a lockdown of the entire country is being considered, the source, who is a key player in the health sector, said the two counties now in the spotlight of the outbreak, Montserrado and Margibi, will be locked down totally as authorities try to break the chain of transmission that is surging at a seemingly uncontrollable rate.

He said a state of emergency or curfew-like measures are likely to come into effect Tuesday as President George Weah, according to the source, will be addressing the nation latest today, Monday. He also said special approval will be required for all movements outside the home.

The Incident Management Team (IMT) on Sunday announced an additional three confirmed COVID-19 cases, two of which are dead. The latest pronouncement brought the total number of confirmed cases in the country to 13, three deaths and three recoveries. These reports now show how the virus has begun ravaging the country.

The surge in cases is being rapidly experienced just after over a week when the Minister of Health imposed a national health emergency, restricting movement and group activities in Montserrado and Margibi Counties to help contain the spread.

The lockdown of the two counties was precipitated by the confirmation of the 3rd case, which was the nation's first community transmission of the COVID-19

"The situation is now becoming volatile and the government is becoming afraid. The President is now thinking about it," the source told this reporter. "President Weah is expected to address the nation latest Monday to announce more stringent measures which could possibly include the imposition of a state of emergency."

He added that "Government fears that the virus may have a stronghold of the country if drastic measures are not imposed. We need to take the hard decisions for the common good of the nation."

The President had earlier stated that his government will take more stringent measures if that is what it will take to contain the virus.

President Weah added that the government remains focused at the highest level of leadership and concern until the threat has been neutralized.

He gave this assurance on March 16, 2020, when he announced the index case of the virus, Dr. Nathaniel Blama.

Reports also indicate that the number of contacts that have been traced from all of the confirmed cases is now overwhelming the existing temporary holding centres and as such, the government has begun preparing other public facilities for some of the contacts.

One of the places that is under renovation for such a purpose is the Police Academy in Paynesville. Robust works have since begun there and will soon be completed for use, the source said.

Though Health Minister Jallah has said there would be more stringent measures imposed if required, she could not be the one to determine whether the government is about to impose a state of emergency in the country.

When asked whether a total lockdown is imminent, she said, "This is not in our purview because we don't want people to be quoting us. If anything will happen you will hear it from the higher authorities."

"We are not the ones to say whether there will be a lockdown or not, but our work is to tell you to continue to follow the instructions that we are giving you."

She added that when the initial 21-day lockdown elapses, "We will come back to the Liberian people to say whether we will upgrade or downgrade the measures. We will tell them the next step."

The Minister noted that if there will be a need for such a measure, it would come from the higher authorities.

But the source, however, said that the government is contemplating on providing residents with special permits to allow them to leave their homes at a certain time of the day. "While out there for that short while, they might be cognizant of the preventive measures," he said.

During the state of emergency, it is expected that all businesses will be shut down, except utilities, medical suppliers, logistics companies and food processing firms. Other exceptions anticipated would include supermarkets, hospitals, food markets, petrol stations, pharmacies.

In a related development, cities and other areas across the world are now experiencing total lockdown as a means to contain the raging virus. Wuhan, the initial epicentre of the coronavirus pandemic, was the first to experience such a move in January, with Chinese authorities sealing off the city of 11 million people to prevent the disease from spreading.

Global health authorities such as the World Health Organization (WHO) and the U.S. Centers for Disease Control and Prevention (CDC) are predicting a worst-case scenario of the spread of the infectious coronavirus or COVID-19 as the pandemic is yet to reach its peak. These global institutions are therefore calling on governments and people worldwide to brace themselves as these critical times approach.

Meanwhile, Grand Kru County Electoral District 2 Representative, Jonathan Fonati Koffa, has urged the government to develop a COVID-19 Emergency Relief Plan in order to help the people, especially the most vulnerable just in case of a state of emergency.

He wants the government to provide free food and electricity for three consecutive months if the Coronavirus pandemic escalates in the country.

In the midst of a state of emergency that comes with dusk to dawn curfew, many fear that the biggest concern won't be coronavirus, but hunger as a majority of the citizenry are dependent upon daily hustle.

According to the official the first few days of applying such stringent measures would throw the lives of many poor Liberians in disarray. Many believe this would become a catastrophe if the government does not have a contingency plan that would call for the deployment of hundreds if not thousands of health workers to conduct mass testing of people.

Liberia now has 13 confirmed cases with close to a thousand contacts identified. These include "low and high-risk contacts, the Ministry of Health and the National Public Health Institute has said.

This COVID-19 outbreak is the nation's second nightmare in less than five years. The 2014-16 Ebola outbreaks killed more than 4,800 people, including more than 150 healthcare workers.

Concerns have since been mounting over the inability of Liberia, like many other African states, to meet the logistical and financial challenges posed by the fast-spreading coronavirus.

Liberia Declares State of Emergency, Lockdown to Fight COVID-19
Tagged:
Copyright © 2020 Liberian Observer. All rights reserved. Distributed by AllAfrica Global Media (allAfrica.com). To contact the copyright holder directly for corrections — or for permission to republish or make other authorized use of this material, click here.