Sierra Leone: "I did not imagine that my parents would want me to go through FGM to get around their economic struggles." 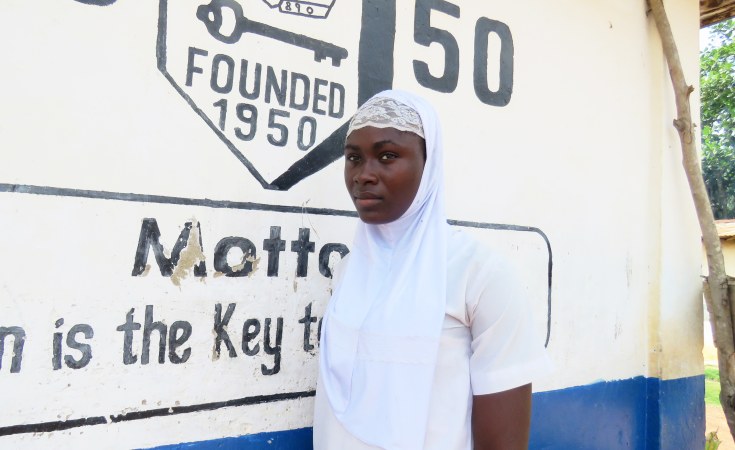 Sierra Leonians are well known for their exuberant celebrations to mark the big occasions in their lives. People love to come together to celebrate momentous events such as anniversaries or achievements. 16-year-old Mary has always loved these parties, especially weddings. “Weddings are lovely because I get to see my cousins and enjoy the music, dancing, and of course all the food.”

Growing up in Koinadugu district in the northern part of Sierra Leone, Mary often dreamt of all the significant events that would be marked in her own life – she thought often of her graduation and wedding day but never once did she think a ceremony to mark the mutilation of her genitals would join the list of her life’s celebrations.

Mary has seen many parents hosting celebrations of their daughter’s passage into womanhood following female genital mutilation (FGM), but she did not think that it would ever happen to her. "Most of the ceremonies are organised during the dry season so I associate FGM with the dry season. I think about how girls suffer during that period. I have never liked it," she says.

Girls are usually cut during the dry season so that friends and family can easily travel to join the girls' families in their celebrations. Invitees to the much-esteemed ceremonies are expected to bring presents for the girls and her families. They bring goats, rice, poultry, palm oil, clothes, alcohol and kola nuts among other things. Many poorer families are encouraged by the promise of these gifts to go ahead with the ceremony, hoping to boost their income.

"Our family was always full of love. In fact, my parents were so much fun to be with, unlike other parents in our neighborhood. I knew that we did not have much money and that we led very humble lives.” Mary says. “Our basic needs were hard to meet, and my parents got poorer and poorer as we grew older. However, I did not imagine that they would want me to go through FGM to get around their economic struggles."

"FGM ceremonies are conducted for girls as young as five years old. Most of the time, the ceremony comes as a surprise to the girl who the party is held for. Our society is funny - it seems open, yet there are secrets," Mary explains.

So, when visitors started arriving at Mary’s house with gifts one evening, she knew that her turn had come, and she was about to be cut. "Nobody told me, but I knew I was the target," she says.

"I ran away from my village that night to my grandmother's house. The roads from my village are not lit. As I was running, I met many people loitering in the night. Some were drunk, and some wanted to take me by force. But I got away and ran for almost four hours until I reached my grandmother's house. I went there because she was always against FGM. I knew she would understand my predicament and help me."

Her grandmother, Juliet is one of the community members that works with Plan International to build awareness about the harmful effects of FGM. Juliet, who is also a deputy principal at a local primary school, took her granddaughter into her home when she arrived.

"I welcomed her in and fed her. I cleaned her and put her in bed that night. I saw her sleeping like an angel. When she slept, I saw the child in her. She was at peace that night, but I knew there was a war coming from her parents."

“The following morning, I called her mother, who confirmed that it was true. The ceremony at her house was for Mary's FGM. Her mother also confirmed that Mary had disappeared, and there was a search going on for her. The search was taking place in a nearby forest where it was thought Mary was hiding in fear of 'facing the knife'. They thought she was just afraid. They didn't know that she did not want anything to do with FGM and that she wanted to pursue her education. School was the only thing in my granddaughter's mind," recounts Juliet.

Because Mary's parents had already accepted the gifts from the visitors and had used some of them to feed and entertain the visitors who were still at their home, they were determined to find Mary and continue with the ceremony.

Juliet kept quiet about her granddaughter’s whereabouts but after searching for her for a week, her parents eventually located her at Juliet’s house. However, in the week it had taken to find her, Juliet, had contacted Plan International to ask them for their help.

A mediation team from Plan International visited Mary’s parents and explained that Mary had a choice and she had chosen not to be cut. They discussed the nature of FGM and the health problems that can arise from it.

"I hated missing school. I hated the knives. They share knives. The girls stay in the cold in the forest. It must be a painful experience.” Mary told her parents when they met together with the mediation team.

Fortunately, her parents agreed to cancel her FGM ceremony, although they told her she had to go and live with her grandmother from then on. Two years on, Mary still lives with Juliet and enjoys going to school. Over time her parents have come to understand how important her education is to Mary.

“FGM is one of the harmful traditional practices that impede the realisation of girls’ rights in Sierra Leone. Practiced by over 80% of the country’s population, FGM is a passage of rites for girls to be graduated into womanhood and then marriage. 70% of the country’s population believes that it is a practice that must continue. Koinadugu district records the highest prevalence rate of FGM (98.5%)[1] in the country,” says Evariste Sindayigaya, Country Director of Plan International in Sierra Leone

Plan International is part of a working team to create a set of by-laws at the community level to protects girls from FGM, child marriage and gender-based violence. We also work with community-based child protection committees such as the child welfare committee and the village welfare committee, who have been tasked to come up with strategies that will address FGM in their communities.

These committees support vulnerable girls who are about to be cut and refer cases of abuse to the family support unit in their communities. They also mediate with parents whose children do not want to be cut.

Mary is now optimistic about her future and wants to study hard and make something of herself in life. "She is always top in her class. I am so glad she will get to live her dreams," Juliet says.