Nigeria: Fuel Subsidy Regime Is Over in Nigeria - Kyari

The Federal Government may have finally ended the discredited fuel subsidy regime in the nation's public finance system with the reduction of the pump price of petrol from N145 to N123.50 last week.

Indications that the regime will no longer be restored emerged yesterday when the Group Managing Director of NNPC, Malam Mele Kyari, confirmed that subsidy on petrol had been permanently removed by the government. Kyari, who spoke during an AIT programme - Moneyline - quipped, "there is no subsidy... It is zero forever"

The GMD, who made the clarification while responding to a question on whether the government is still paying subsidy on petrol or not during the programme clarified: "What I mean is going forward, there will be no resort to either subsidy or over recovery of any nature. NNPC will play in the marketplace. It will just be another marketer in the space."

It would be recalled that the federal government had on Wednesday, March 18 this year announced its decision to reduce the N10.59 trillion 2020 budget by N1.5 trillion. As part of the measures to reduce expenditures, it also deregulated the petrol pricing, directing the Petroleum Products Pricing and Regulatory Agency (PPPRA) to modulate pricing in accordance with prevailing market dynamics.

Petrol subsidy has been sustained since 2015 when the present administration assumed office, with the fuel pump price jacked up from N97 to N145 per litre. The government has been unable to deal with the pesky issue despite advice by economic experts against its continuation due to the opacity of its administration. One of the foremost critics of the fuel subsidy regime is the deposed Emir of Kano, Mallam Muhammad Sanusi II, who over the past few years stood against the fiscal regime, describing as a huge waste to the nation's dwindling earnings.

For instance, in June last year the former royal father advised the APC-led government to scrap fuel and electricity tariff subsidies in order to stabilise the economy.

Justifying his stance, he said: "In 2011, when I was CBN governor, Nigeria made $16bn from petroleum sales, and we spent $8bn importing petroleum and spent another $8.2bn subsidising the product... and I asked, 'Is this sustainable?

"The country is bankrupt and we are heading to bankruptcy. What happens is that the Federal Government do pay petroleum subsidy, pays electricity tariff subsidy, and if there is a rise in interest rates, the Federal Government pays. What is more life-threatening than the subsidy that we have to sacrifice education, health sector and infrastructure for us to have cheap petroleum?"

"If truly President Buhari is fighting poverty, he should remove the risk on the national financial sector and stop the subsidy regime, which is fraudulent", he added.

With Nigeria's crude exports earnings dwindling over the past few weeks, analysts believe that one of the ways to ensure budget efficiency by the government is to plug all leakages in the public finance system, with the fuel subsidy regime among the biggest in such wastages. 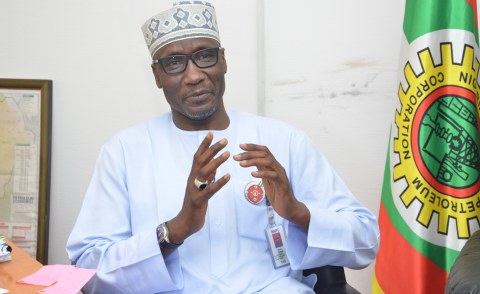 Nigerian Senate Approves Payment for Fuel Subsidy Backlog
Tagged:
Copyright © 2020 Daily Trust. All rights reserved. Distributed by AllAfrica Global Media (allAfrica.com). To contact the copyright holder directly for corrections — or for permission to republish or make other authorized use of this material, click here.